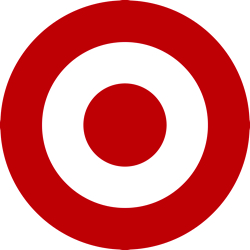 After a long time letting Amazon eat it’s lunch on ecommerce, it looks like Target has finally woken up and is taking Amazon’s recipe and making it much better.

If one is to fully utilize Amazon, it all depends on having an Amazon Prime membership. At first, Amazon Prime was a service that I paid $79 to get two-day shipping.

Amazon slowly started adding services to Amazon Prime – including Video with original content, Music with a very limited subset of music, unlimited photo storage and access to things like Amazon Pantry. If one wanted, they could get the Amazon Prime Visa from Chase and get extra benefits like 5% cash back on Amazon purchases and discounts at Whole Foods.

All these services were created to help justify the $79 annual fee. As the number of services increased, the price increased with it. The annual fee increased to $99 in 2014 and will go up to $119 later this year.

What if I only wanted expedited two-day shipping? Could I get that for a cheaper price? No, it’s all bundled together. This Amazon Prime thing is now feeling a lot like old fashion cable TV bills.

For a long time, Target didn’t seem to understand ecommerce and the importance of it. It was only in the last few years that Target started focusing on ecommerce, but they weren’t going to do it exactly like Amazon, they were going to put their own twist on things.

What I find refreshing is that instead of having the shopping experience being hinged on a paid annual fee, Target is making it all about their REDcard – which is free for anyone to sign up for.

The REDcard is two things. I can be a store credit card handled by TD Bank or it can be a debit card tied to one’s checking account. Either way, it functions the same. It is free and it nets the card holder a 5% discount on all things bought at Target in-store or online plus an extended return period for all purchases.

The thing I like about Target’s approach is that instead of adding unnecessary stuff (video, music, photo storage, etc) to a paid subscription, Target is adding shopping benefits that meet or beat Amazon Prime to their free REDcard.

Target just announced their Restock service has been made available to most zip codes nationwide. Restock is a competitor to Amazon Pantry, but in Target fashion, they have made it better. The two services basically are the same. A customer fills up a box with items and the box is shipped to the customer – basically bulk shopping.

The Restock and Pantry are quite different though when it comes to the cost and speed of shipments. Because Target has brick and mortar stores, they are taking full advantage of them by fulfilling Restock orders at stores near the customer. If an order is put in before 7pm, the box will arrive the next day. If it’s put in after 7pm, it will arrive in two days. For Amazon Pantry, because the box is shipped from a central distribution center via ground shipping, it will take four days for the box to arrive.

Target still has some work ahead of them. One issue I have with the site is that the package tracking is abysmal compared to Amazon’s package tracking. The estimated arrival date can change between two different pages on the order tracking page. Target seems to use UPS to hand off to USPS for many of their shipments. There is always a discrepancy when the hand off is done between the two carriers – resulting in the Target website saying the delivery is done, but in reality the package is in the hands of USPS for the final drop off. This is compared to Amazon which, for some packages has real-time tracking of the package.

The REDcard is great, but they need better integration with the card on the Target website. This would give the REDcard an upper-hand over the Amazon Prime Visa with Chase. Both cards need separate logins – one for the shopping site, one for the card account management site. If Target could work with TD Bank to setup an SAML login from Target.com to TD Bank, that would simplify (and secure) things.

Also, the account alerting for the REDcard is the pits. I don’t get real-time alerts when purchases are made on the REDcard. I get a notification eventually (usually the next day) that there was a charge that exceed the amount I set up for the notification. But, that is it – it does not even list the amount of the purchase. This makes these alerts useless. On the other hand, Chase has it setup so that I can get alerted for any charge over $1 if I wanted to – via the app, email or text – in near real-time. That is useful.

The Amazon Prime Visa is a real Visa card that can be used anywhere and gives extra benefits like 2% cashback on restaurants, drug stores and gas stations. If Target converted their credit card version of the REDcard to a Mastercard, it would get people to use the card more often and keep the REDcard in the front of wallets.

So, the question really is, if I don’t want any of the bundled features of Amazon Prime, why pay $119 a year? I get Netflix free with my T-Mobile subscription. The Amazon Prime Music selection is not that great – and I also have Apple Music. “Free” two-day shipping is nice, but I can get things from Target with free two-day shipping.

For things that I can’t find anywhere else than Amazon, I can order them on Amazon using normal shipping and wait a few days. Also, lately Amazon’s shipping has been hit or miss on actually getting packages to me in two days. I also have problems with them skimping on packaging. Things like shipping a media (CDs, Blu-rays) in an envelope with bubble wrap on the inside results in crushed cases. Shipping books in the same type of envelopes results in books which have dented spines and rips.