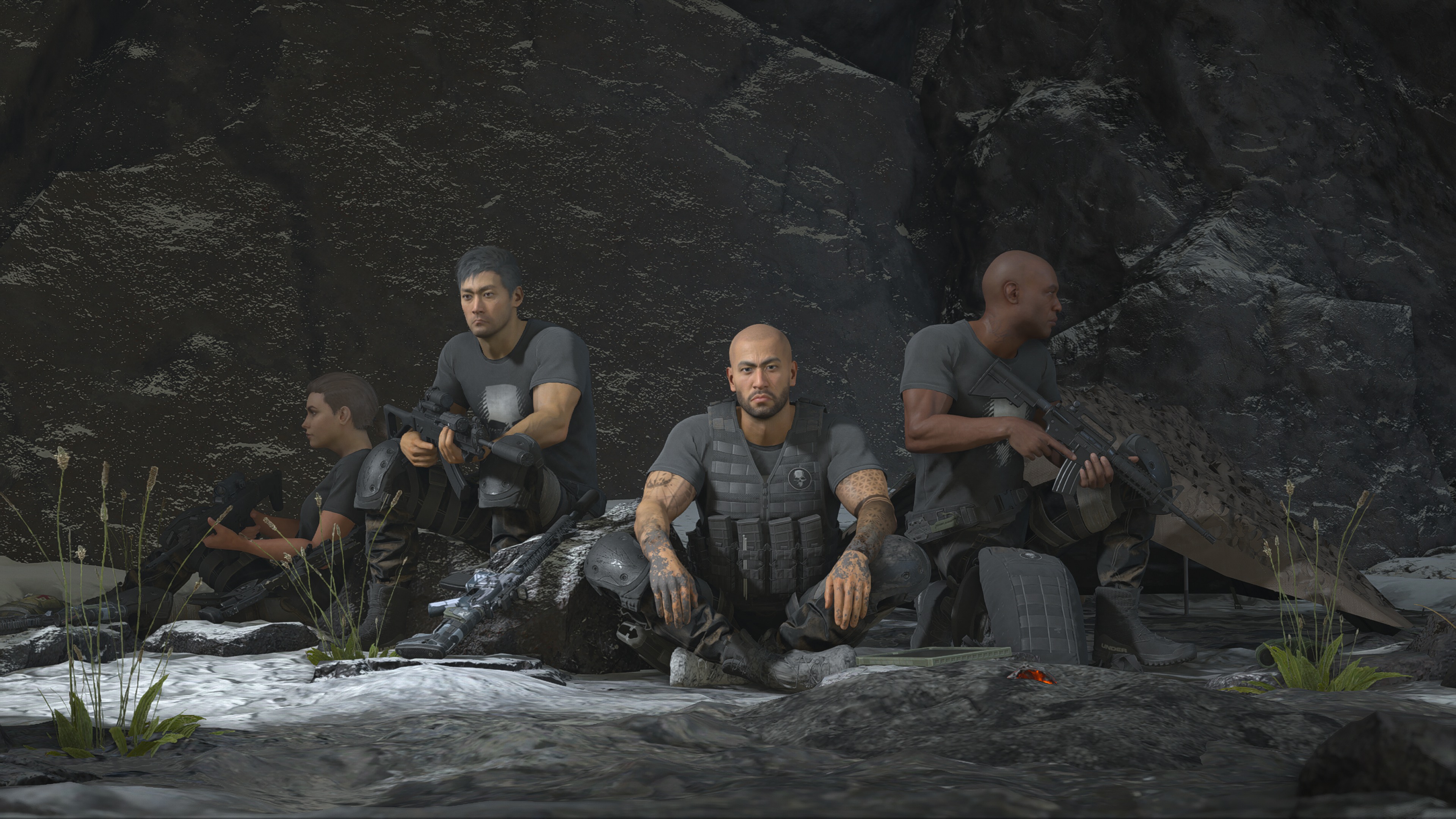 When Ghost Recon Breakpoint was announced, I was intrigued because Jon Bernthal (The Punisher) was playing the villian in the game. That wasn’t enough to get me to shell out $60 for the game though. I had spent time playing Ghost Recon Wildlands before that and the open world shooter (in third person) is not my cup of tea – I am more of a Call of Duty: Modern Warfare, first person shooter with a scripted story kind of guy. Give me an open world and I will spend most of my time wandering around creating havoc and being up to my neck in shenanigans – and not progressing through the story, then eventually getting bored of the game and giving up.

When I saw Ghost Recon Breakpoint on sale for $9.99 at Best Buy, I figured why not give it a try. I have put in a half dozen hours into the game now and I am glad that I didn’t pay full price.


The game is very repetitive. So far, all the missions I have been on have been the same: Go here, kill everyone, get information. And because of this repetitive nature of the game, I have found that I spend more time wandering around and engaging random enemy patrols than doing missions.

I have yet to try online multiplayer. 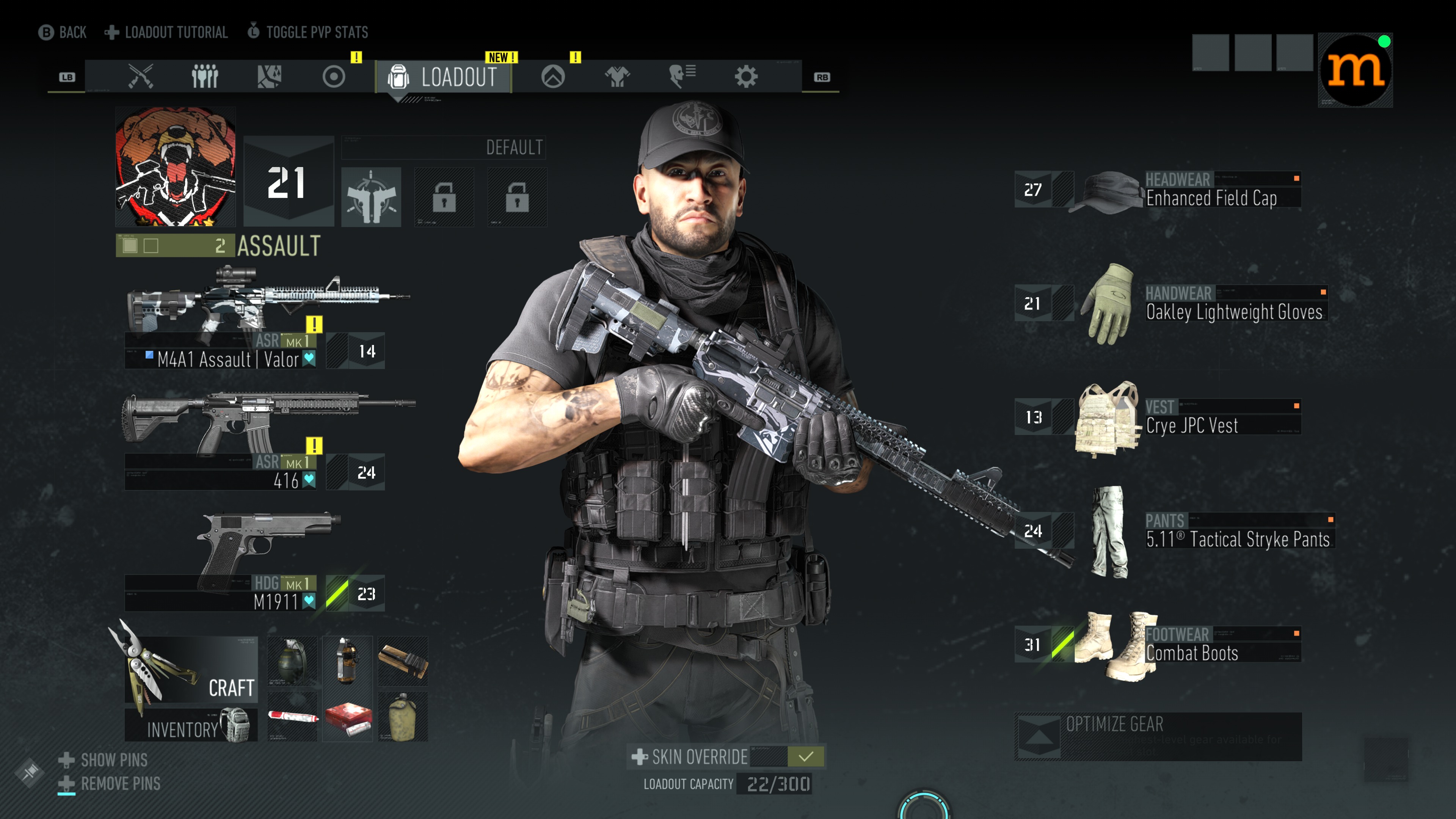 Breakpoint borrows liberally from Destiny 2 in the way that it handles weapon and armor levels. Breakpoint does offer an original take on the whole armor/gear concept. In Destiny 2, changing to higher power armor would leave me looking like a Titan who didn’t own a mirror. What I like about Breakpoint is the option seen at the bottom center of the screenshot above that lets me dress up my character to look cool and have that costume override whatever armor that I have on him for power. 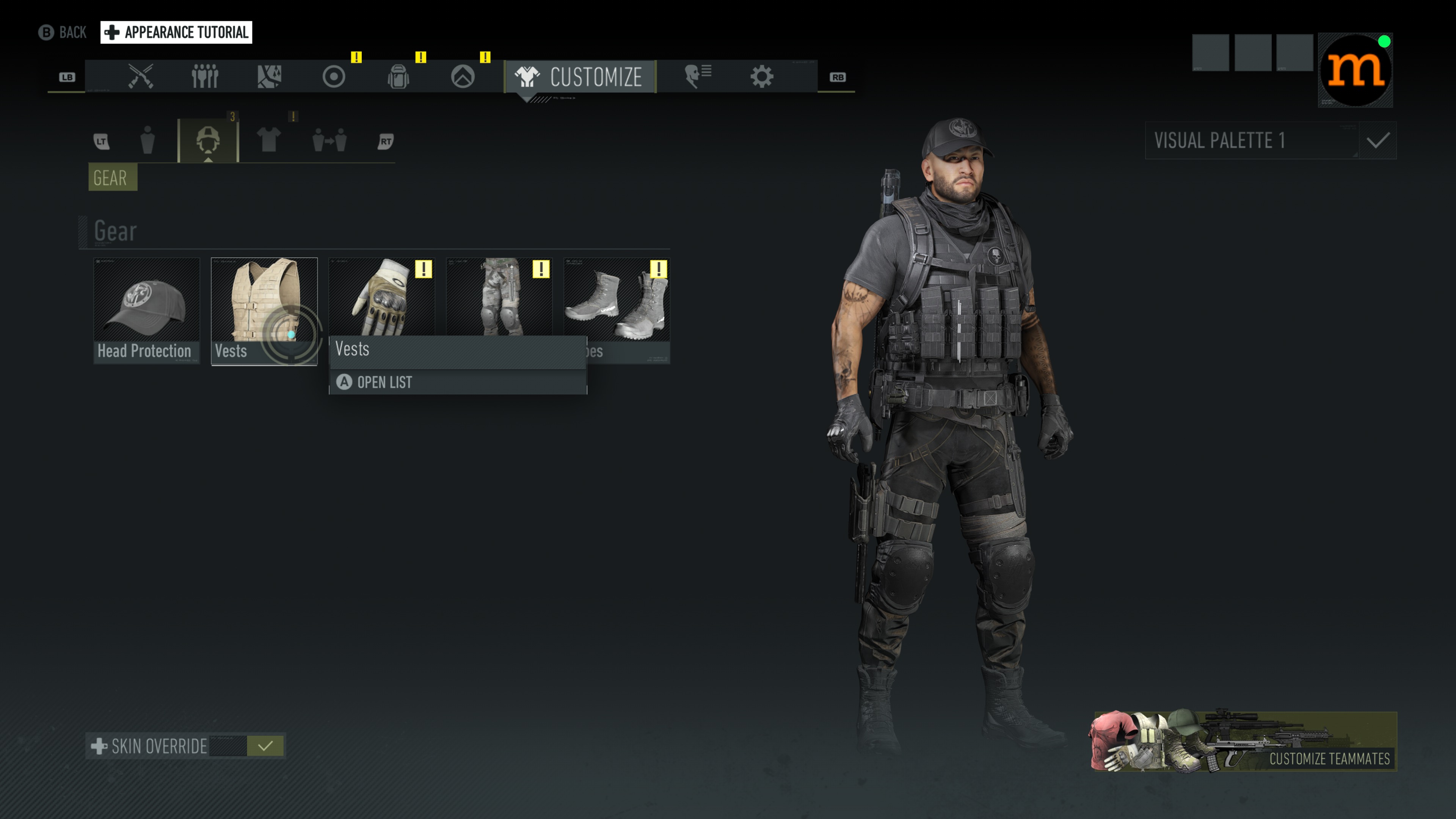 I have spent too much time dressing up my character and also customizing weapons.

I played a lot of the game in the Regular Mode where weapons have levels – meaning that I could have multiple of the same weapon, but each would have a different level. This shoot and loot style of gameplay is taken straight from Ubisoft’s other shooter, The Division 2. I switched this off recently, I did not want to be building, buying and replacing weapons just because of leveling. I just want to get the blueprint of a weapon, buy it and use it.

Breakpoint is a very pretty game. The island of Auroa is huge and has multiple climate zones, different terrain and huge differences in elevation. And that is one of its weak points. The place is so large and there is so much space between things that travel becomes unwieldy, to the point that land vehicles are almost useless – it takes too much time to travel from place to place. The only way to get around in a timely fashion is fast traveling to bivouac and then walking or getting a helicopter from the bivouac and flying.

Some missions are located on different ends of a section of the map, making traveling quite laborious if it weren’t for fast travel and helicopters.

The shooting mechanics of the game are okay. They model bullet drop and recoil very well. But, when things get crazy, I feel like the game doesn’t allow me great control of the guns – again, I am a first person shooter kind of guy, so this is probably just me. I do like that I can easily switch between third person over the shoulder and first person down the sights with a click of the right analog stick. I find that I can’t find a nice medium between the two modes of shooting though. First person shooting seems slow and inprecise. Third person shooting is fast and inprecise.


The character of Nomad is rather bland in the game. The supporting characters are a bit better. But, the character and facial animation of everyone in the game is… creepy looking.
There were strange bugs in the game, even nine months after its release. Here the AI that I have as part of my fireteam decided that he needed to fly. 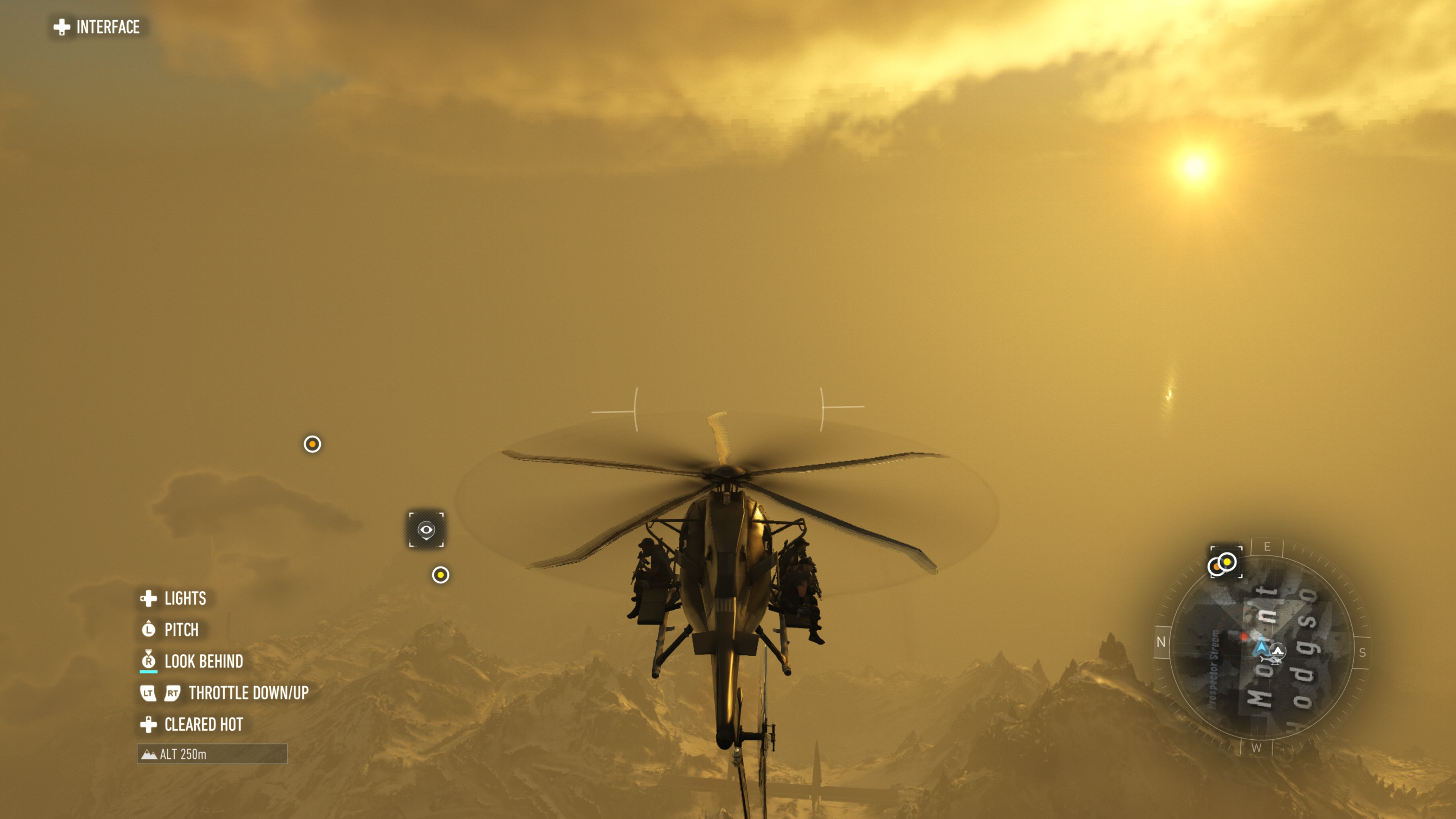