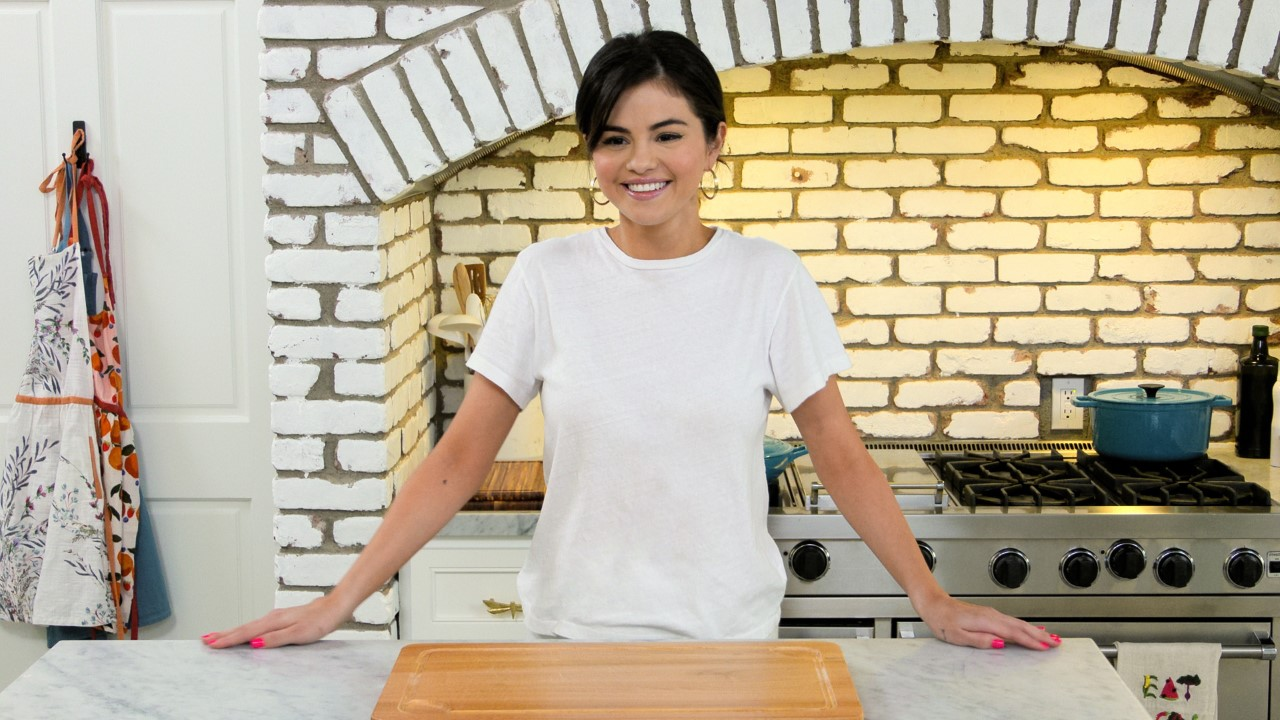 I am four episodes into the new HBO Max series Selena + Chef and I really love the show. Selena Gomez is stuck at home because of the pandemic, she has a brand new kitchen and does not know how to cook. So, she invites a guest chef each episode to teach her how to cook via a video conference.

Because each episode is around 25 minutes long, there isn’t much time to learn how to cook from the show – though, they try to teach it. What I like about the show is how relatable Selena is on the show and the relaxed conversations she has with each chef as she struggles to cook. Selena is not a great cook and she knows it, the show finds humor in her inability to cook and shows just how far she is out of her comfort zone. It was great that the premiere for the show featured the super passionate French chef Ludo Lefebvre. Ludo is so passionate that he spends a bunch of the screen time yelling at Selena, not out of anger or impatience, but because of his passion for cooking and teaching.

The fourth episode features chef Roy Choi who seems like the nicest guy around. He teaches Selena how to cook breakfast burritos and malasadas. But most interesting is that Taylor Swift makes an appearance via a Facetime call in the episode to cheer Selena on. Also making appearances randomly in different episodes are Selena’s rommamtes Liz and Raquelle, plus her Papa (grandpa) and Nana (grandma). All of them there to support Selena as she learns to cook, sometimes even serving as Selena’s sous-chef.

This is a fun show to watch.