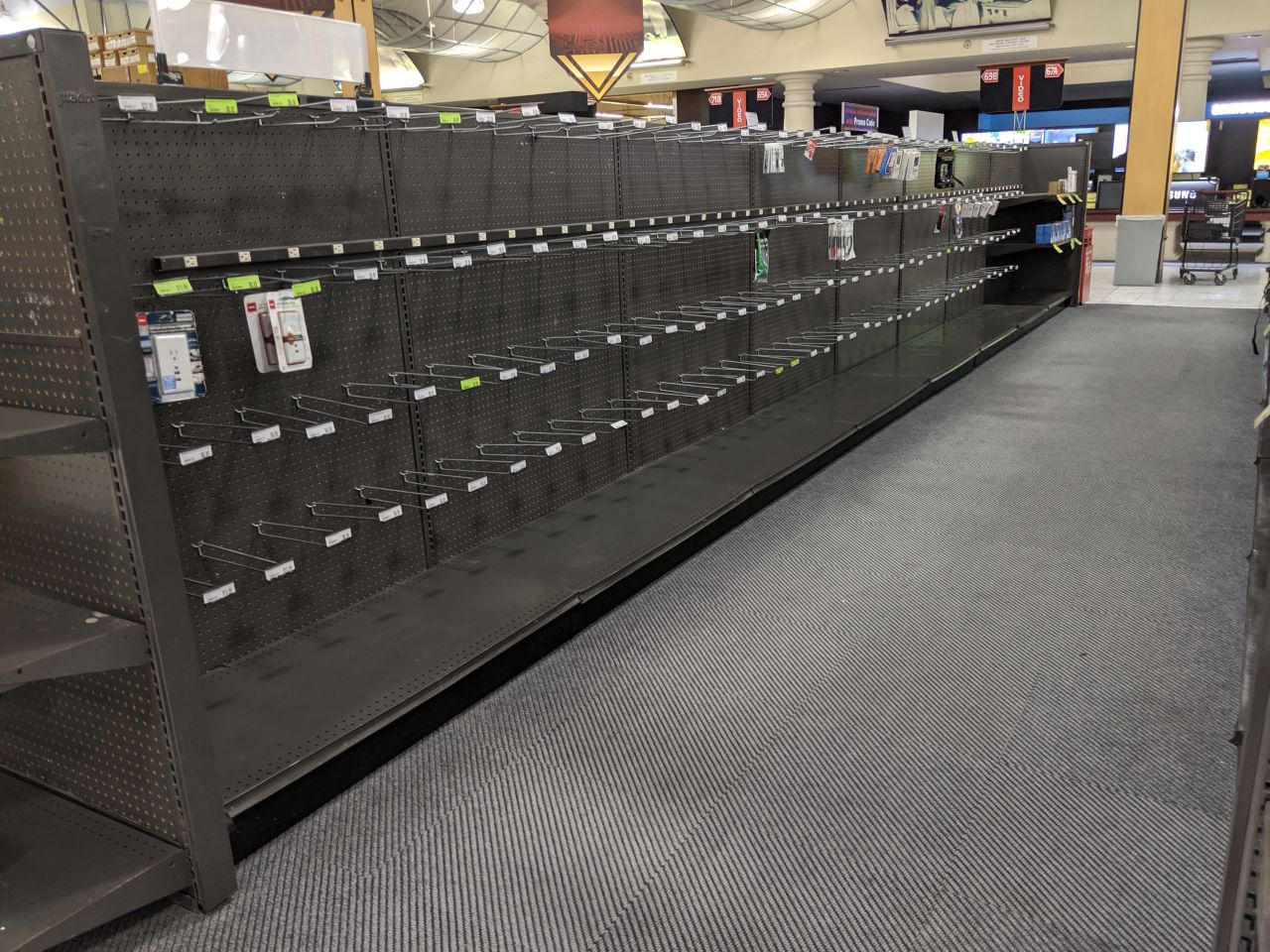 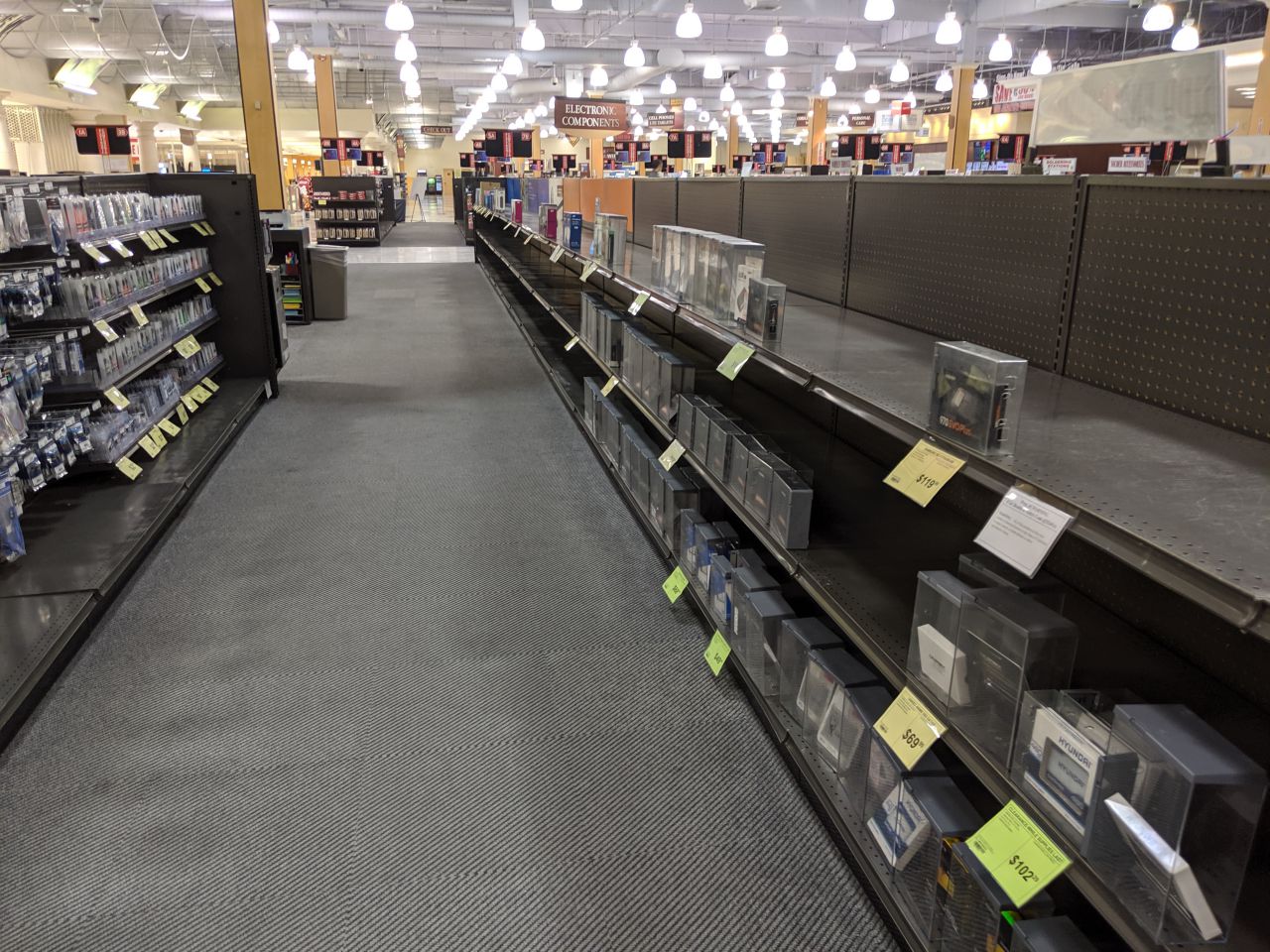 In 2019, something started happening at the Fry’s locations that I had visited. The shelves became empty and this was a worrisome development for the company. Fry’s had said they were switching to a consignment model, but that never seemed to work out for them.

The company’s website never came close to being as good as Amazon or Newegg as online shopping became the norm. Fry’s never established a truly unique online presense.

The stores, while always a geek’s paradise with unique themes at some stores, could not draw a crowd when shopping moved online. The unspoken shopping tip for shopping at Fry’s was that if you needed to buy something, you’d have to know exactly what you wanted before going in. The Fry’s sales people were not knowledgeable about the product and would, more often than not, only read what was on the box to you. That wasn’t always to case, in the early days I remember the sales people being passionate about knowing about the products they sold. But, that changed for some reason – maybe to cut down on how much the sales people were paid.

I did love all the themes though: Brokaw with the Mayan theme, Fremont with the science theme (Nikola Tesla), Campbell with the Egyptian theme and Palo Alto with the cowboy theme.

The closure of all the stores is an end of an era for retail and for me. Fry’s Electronics has been so entertwined with my life that the day after the news broke out, I had friends messenging me asking if I were okay.

While the stores were already suffering before the pandemic, the pandemic accelerated the death of Fry’s Electronics.

Being a geek, I have so many memories, since childhood, tied with Fry’s Electronics. My earliest are from the original Fremont Fry’s store that was located on Warm Springs Blvd and Mission Blvd. I remember my parents buying my sister and I the NES Advantage joystick from that store (sometime in the late 80s) and later, while I was in high school, a Sony CD Walkman from that store. The CD Walkman even had buffering to keep it from skipping if it was jostled! Incredible technology.

The newer Fremont Fry’s was the Fry’s I’d see on the way to visit my sister. I loved the Jacob’s Ladder they had in that store. 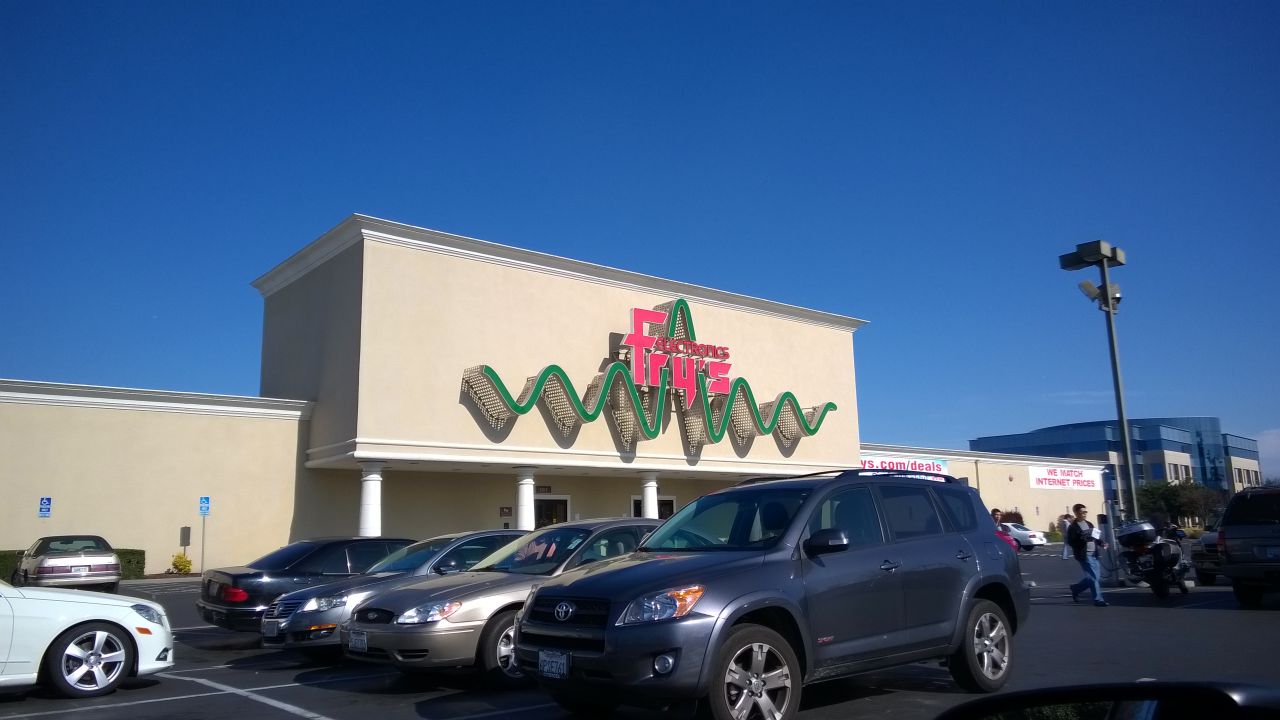 My teenage years were spent shopping and meandering through the original Fry’s store on Kern Ave. In college, I was part of the original crew that grand opened the T-Zone retail store directly across Kern Ave from Fry’s. On the first day when we soft opened the store, the Fry brothers walked across the street to size up their new competition. This was years before Fry’s moved their Sunnyvale store down Kern to become a large flagship store.

For the longest time, Fry’s used to celebrate their own birthday by selling everyone a hot dog and Coke for 25 cents. It would always draw a crowd and was a very memorable event each year. 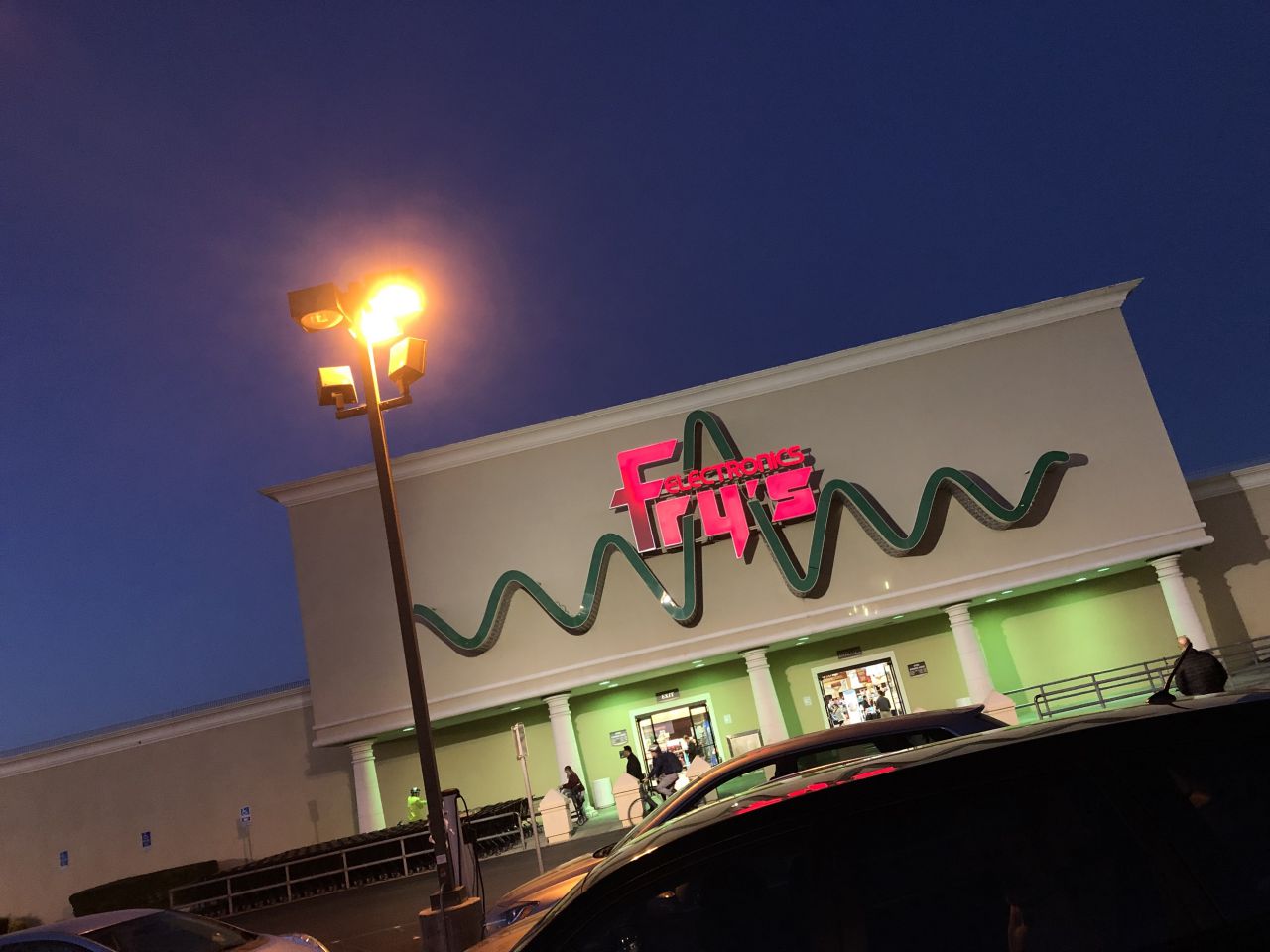 The Sunnyvale store was the store that I visited at lunch and after work when I worked in and around the Sunnyvale area – National Nuclear, Yahoo!, Centrify and Linkedin. I still have a lot of equipment that I bought there running in the house.

When the Brokaw Fry’s location opened, I started visiting there more than Sunnyvale when I wasn’t working. I remember buying my Sony PSP and PSP Go at that Fry’s. I remember bickering with the Sunnyvale Fry’s location about a PS3 only to have to drive to the Brokaw location to get the PS3 – Fry’s was trying to bundle an extra controller with the PS3 because of high demand for the system, I wasn’t having anything to do with that since I only needed a single controller. 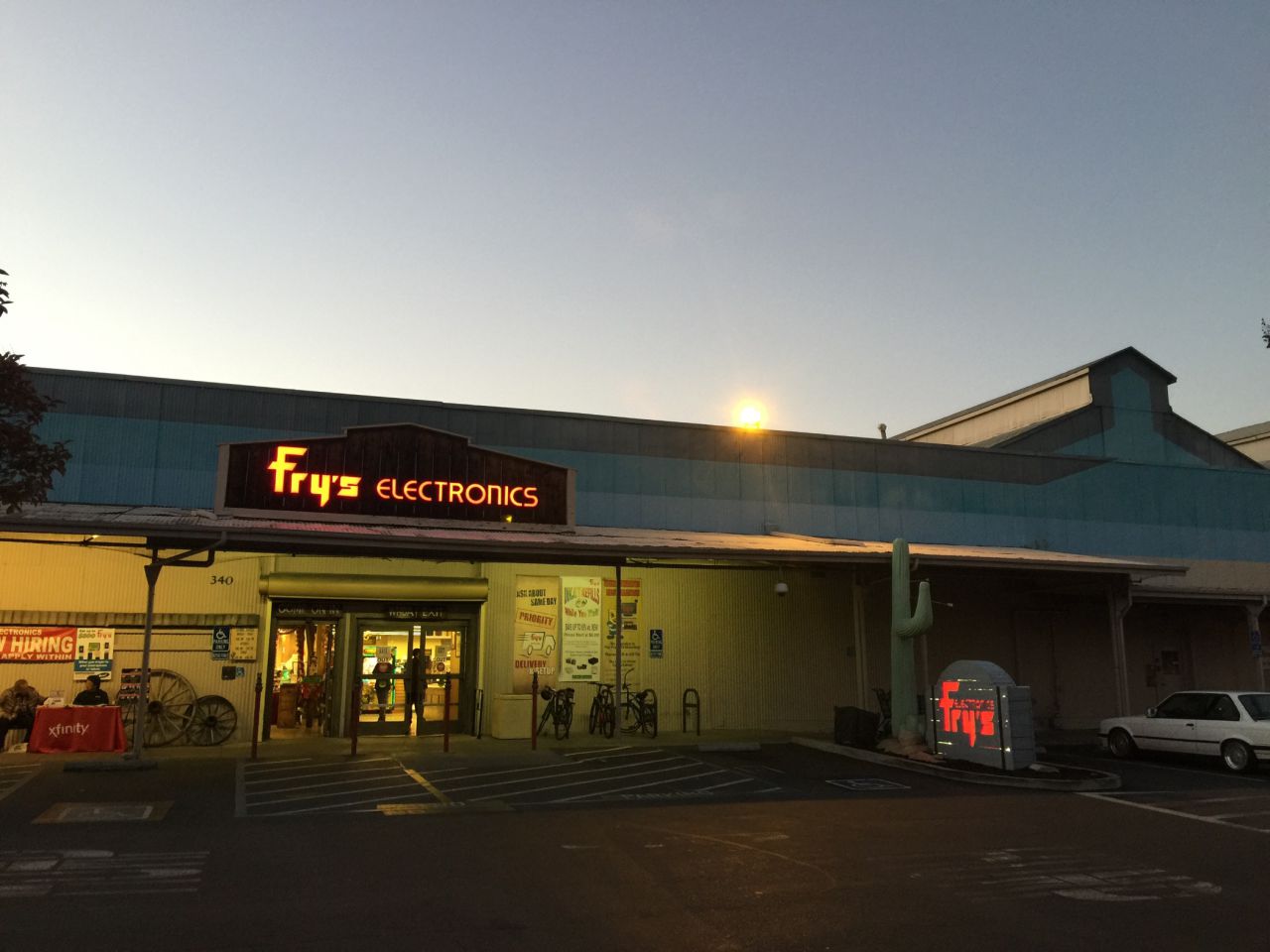 I never did get to visit the Palo Alto, CA location much. But, I loved the cowboy theme of the location. This picture was taken after I finished an ElasticSearch class. This was the first location to be closed. 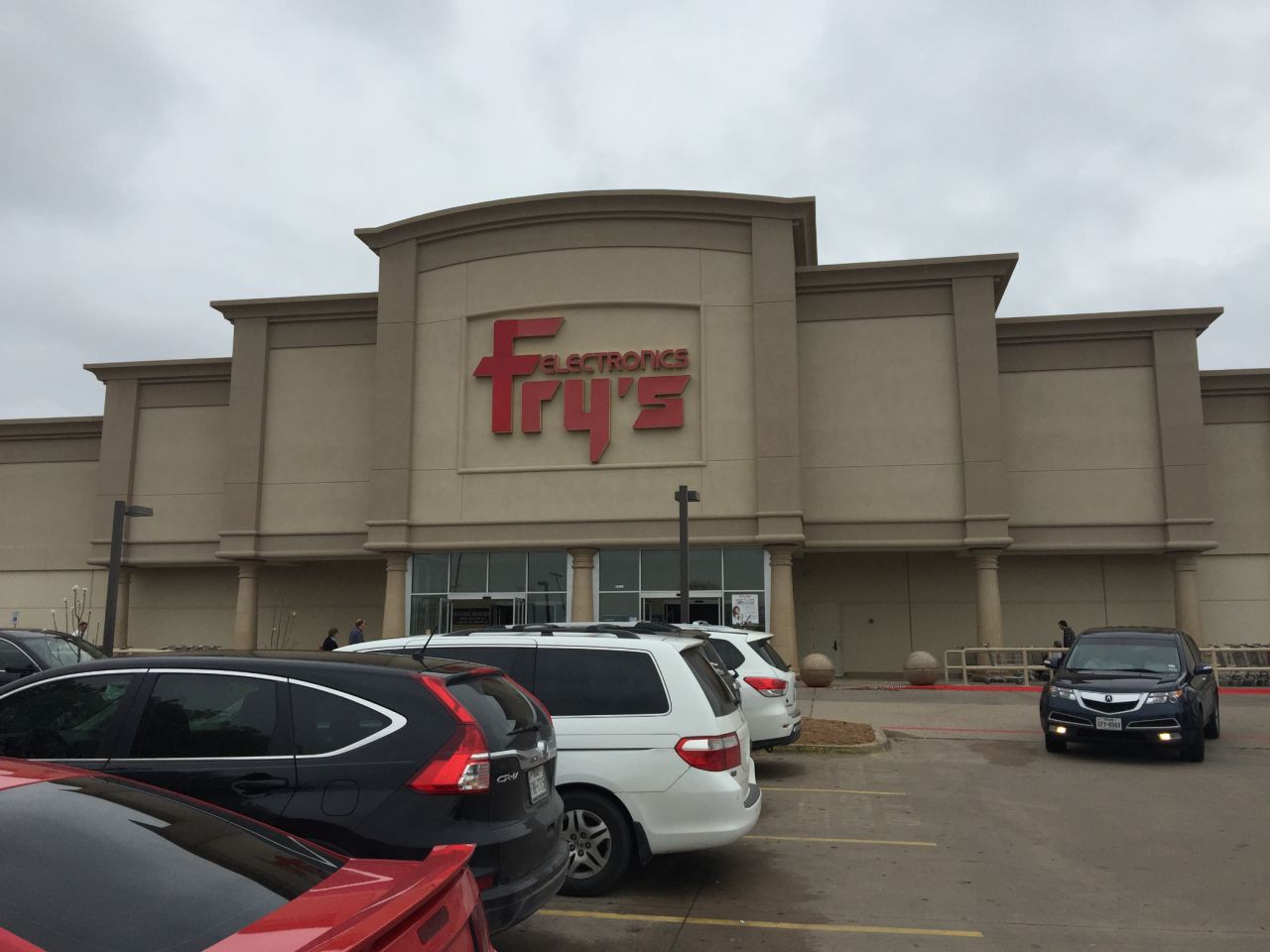 When I started working at Panasonic, to celebrate, I took a trip to visit my brothers Rohan and Josh in Texas. During my visit, Rohan took me to the Irving, TX Fry’s location so that I could look around. He also took me to a Bass Pro Shops that day too. 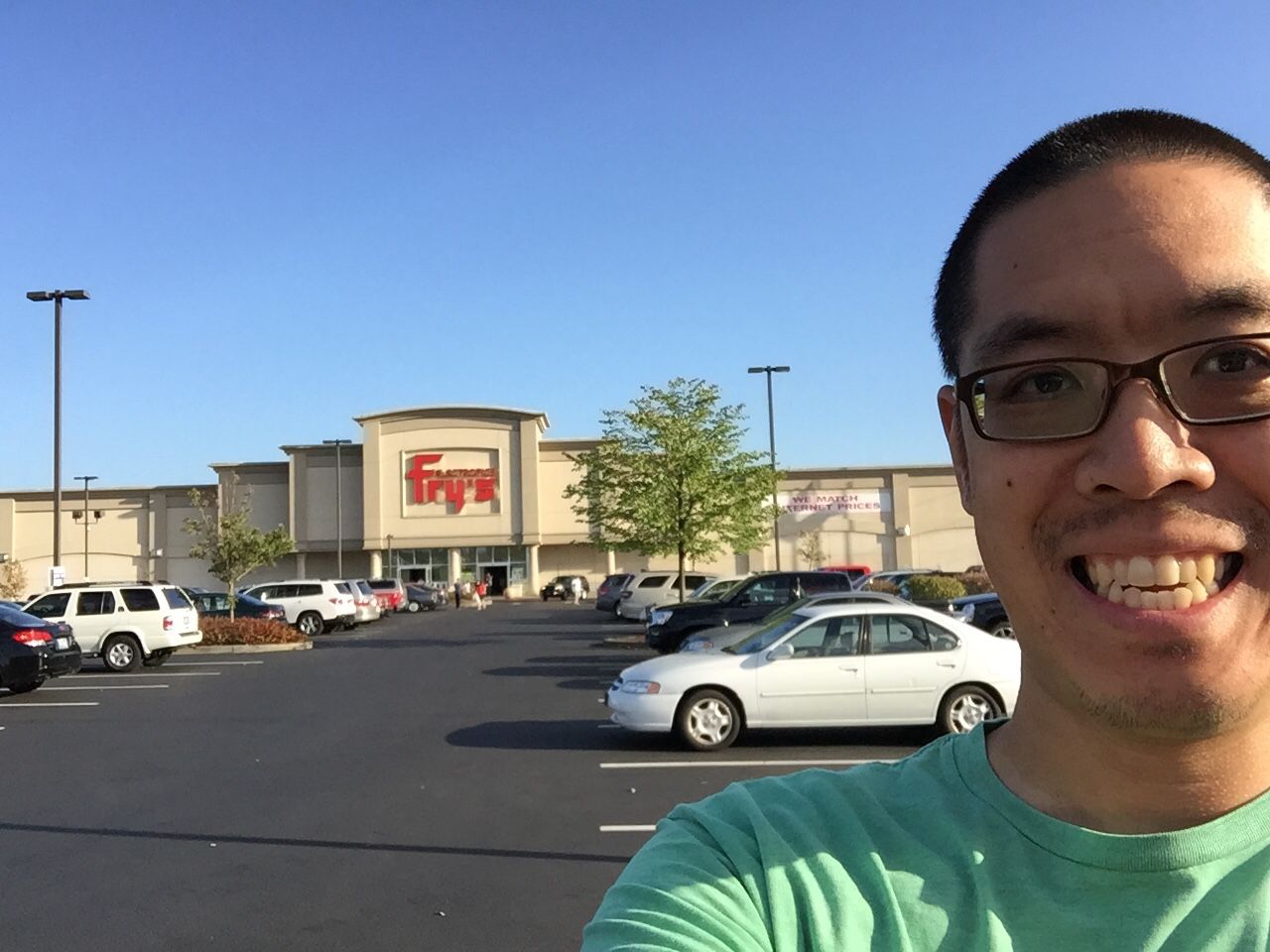 When I was working for Centrify, I would take trips up to the Centrify office in Bellevue, WA. One trip there, after work, I drove down to Renton, WA. I had dinner at Five Guys and then went and walked around the Renton Fry’s location.

When I moved to South San Jose, the Campbell Fry’s location became my go-to location for electronics shopping.

My sister took me to the Sacramento Fry’s location and I remember getting the Xbox 360 internal hard drive upgrade there.

It is sad to see a store that has been part of my life for so long go away. 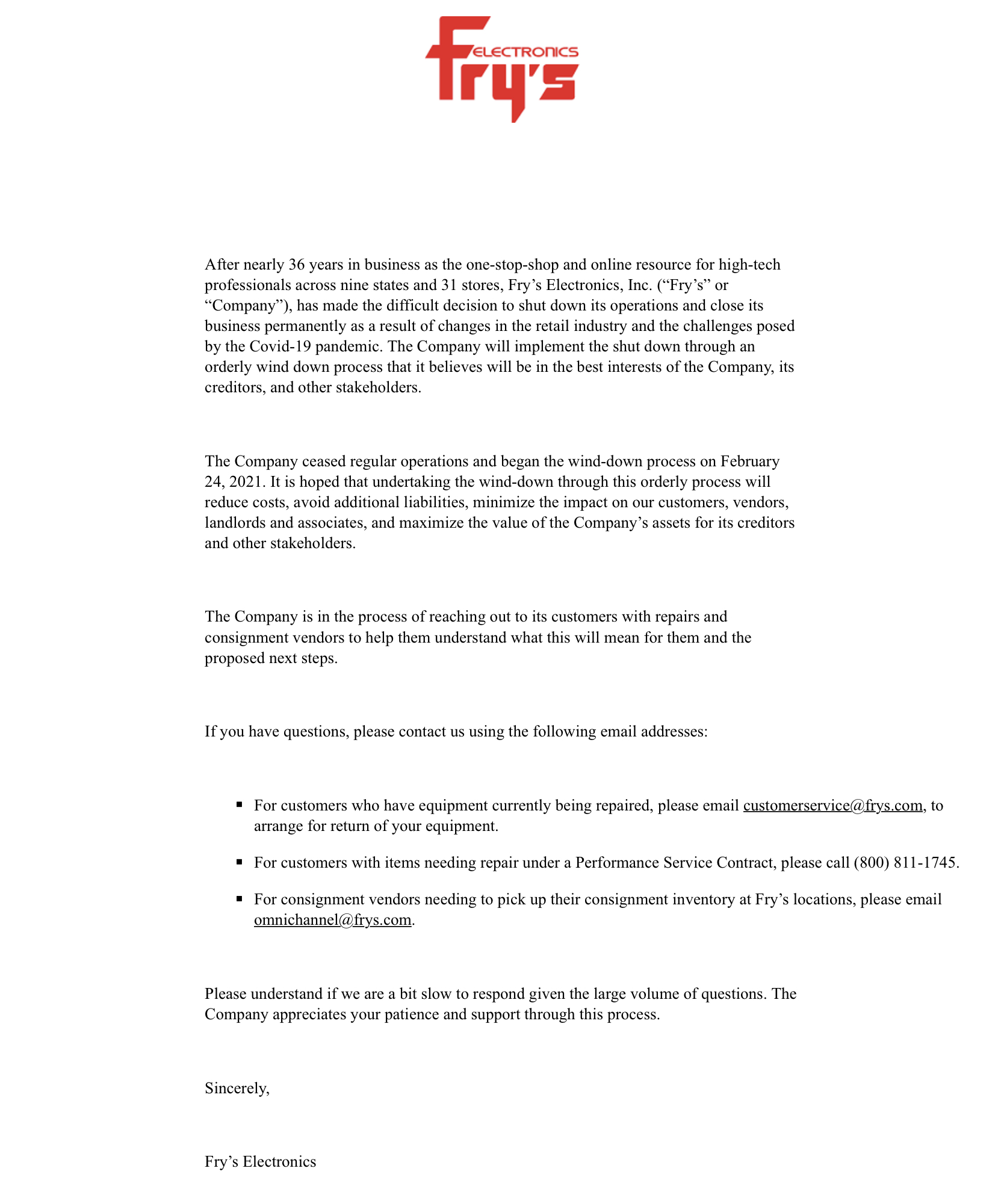