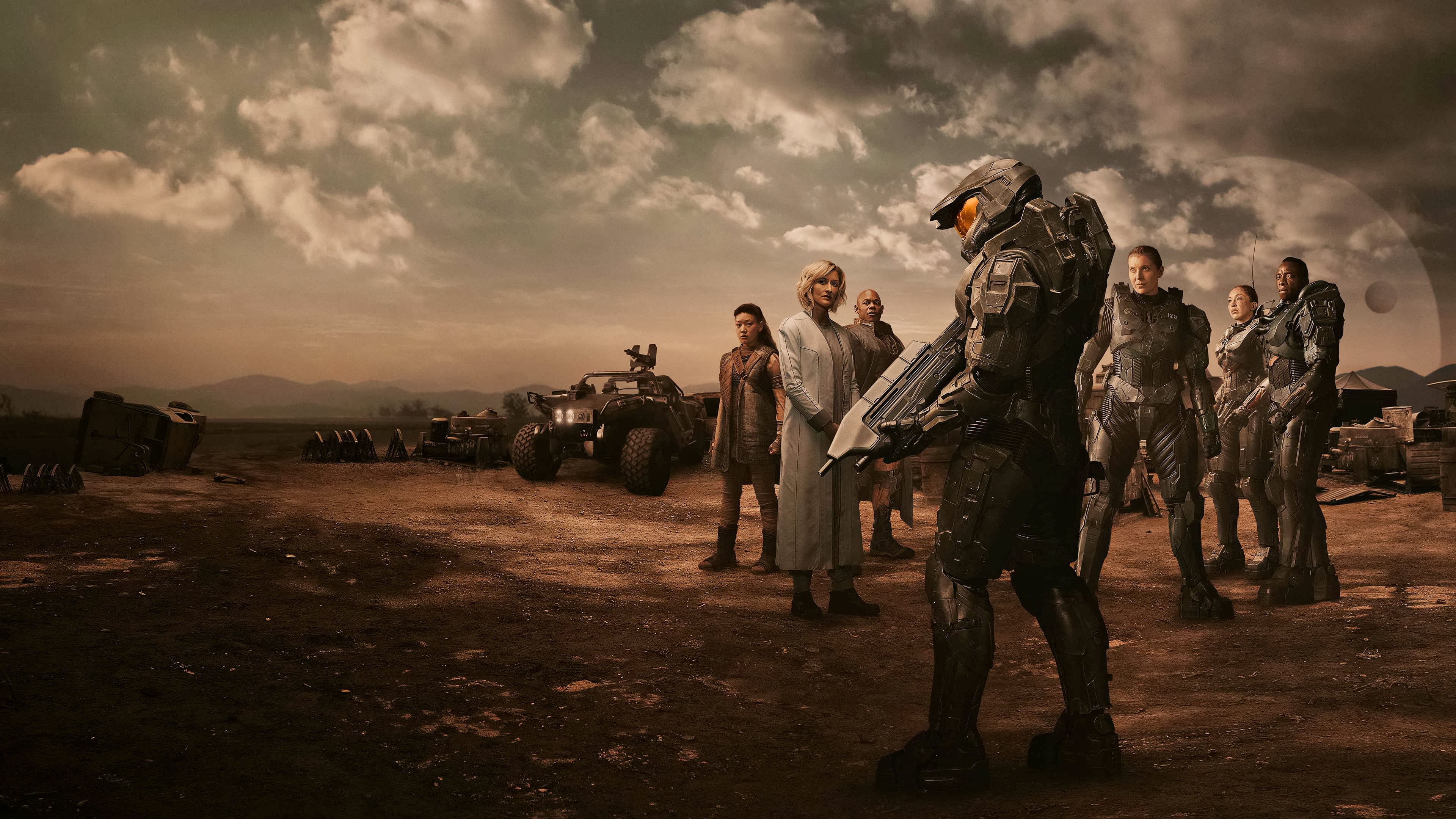 Lets get this out of the way: I am a Halo fan through and through. I love the games, the books and the comics. So this week, when after sevens years of development hell, the TV series was finally released, I was excited to watch the pilot episode and see how it was.

When I saw that Paramount and 343 Industries were going to create a separate timeline for the TV show, I was actually okay with this – it would let non-Halo game players get into the series without needing to know the deep lore of Halo. It would also allow the TV show to tell its own story that would surprise and entertain Halo fans like myself without Halo fans feeling like they where watching a rehash of the games they had already played.

After watching the pilot episode on Paramount+, I walked away feeling… Meh.

Had Halo been released five years ago, it would have been fantastic. But, in today’s TV landscape, the Halo TV series is not up to par with what we are seeing from other shows – think the Disney+ originals, Netflix’s Lost in Space, or even Paramount+’s own Star Trek series.

I can understand that the showrunners wanted to start the show with a bang. I can see what they were trying to do with the opening sequence of the show where we are on the planet of Madrigal. We meet a band of miners who seem to be ripped out of the show Firefly. Not only do they mine for the resource (deuterium) that makes space travel possible, but they are also rebels (gasp!). These rebels hate the UNSC (United Nations Space Command) and fear the Spartans – UNSC’s ultimate genetically engineered killing machines, one of which is John-117 (aka Master Chief). How do we know this? A long winded exposition from a rebel during a card game. We also meet the daughter of the leader of these miners, her name is Kwan Ha (Yerin Ha) and she just wants to get off the planet Madrigal – is it me, or does everyone want to leave their planet and not just move to a different part of the planet?

Shortly after, the dreaded Covenant arrive and attack the mining colony. These Covenant are bloodthirsty and take joy in killing humans, even human children (by the roomful). The show itself is also quite bloodthirsty and gory with people being blown into chunks, with appendages disappearing after being hit by energy weapons and brains splattering all over the place after a headshot – surprising for a show coming from Steven Spielberg. It is here that the Spartans arrive and save the day because that is what Spartans do, right?

The show continues on after this, but it is this opening sequence that left me questioning the showrunners' decision to do such an elaborate opening. With what I saw on screen, the budget for this pilot was definitely stretched thin in order to try to achieve something awe inspiring. The opening sequence is cringe inducing in how bad the visual effects are. There is a clear difference between Pablo Schreiber in the Mjolnir suit and the computer generated version. The CG version lacks any weight and the physics are all broken – sadly, the visual effects in the show are not even close to what was achieved for the Halo games themselves. The Covenant Elites are even worse as they move unnaturally and look like something out of a bad B-movie.

Instead of starting with a bang, Halo started with a facepalm.

The rest of the pilot was a bit better. It introduces the fantastic Natascha McElhone as Catherine Halsey and tries to flesh out the relationship between Kwan Ha and Master Chief. I do think that the show jumped the gun with Master Chief taking off his helmet in the pilot episode. If The Mandalorian has taught us anything, it is that having the protagonist under a helmet only adds to the mystique of the character. McElhone and Scheiber are great in the pilot and I look forward to seeing more of them.

The other actors in the pilot did not fare as well. Yerin Ha is especially wooden as Kwan Ha and it was hard to empathize with her. I see the Halo TV series having Master Chief be Kwan’s protector and directly taking a page from The Mandalorian with Mando and Grogu, I am not looking forward to seeing more of this relationship. Maybe the writers and showrunners can make it work, but as it stands, Kwan Ha is an annoyance that I wish for Master Chief to leave at the next space dock they arrive at.

Olive Gray is also stiff in her part as Dr. Miranda Keyes. Then there is Shabana Azmi whose character, Admiral Margaret Parangosky seems to be heavily influenced by The Expanse’s character Chrisjen Avasarala that portrayed brilliantly by Shohreh Aghdashloo. Azmi is no Aghdashloo. Aghdashloo has a screen presence to project the power and control that her character has. Azmi just seems angry all the time.

I don’t mind that the show has gone and spun up its own timeline and I can see where they are headed with it. I do think that this pilot is a complete misstep, especially with the opening sequence. As a Halo fan, I hope that they can work things out with the show and course correct quickly – but I realize that most of the episodes have already been finished, so any course correction will have to happen in the second season. Seeing the production issues and the departure of the two show creators and showrunners is also quite disturbing. I fear that the Halo TV series will end up in the heap of failed videogame adaptations if the show does not get better in the next eight episodes.