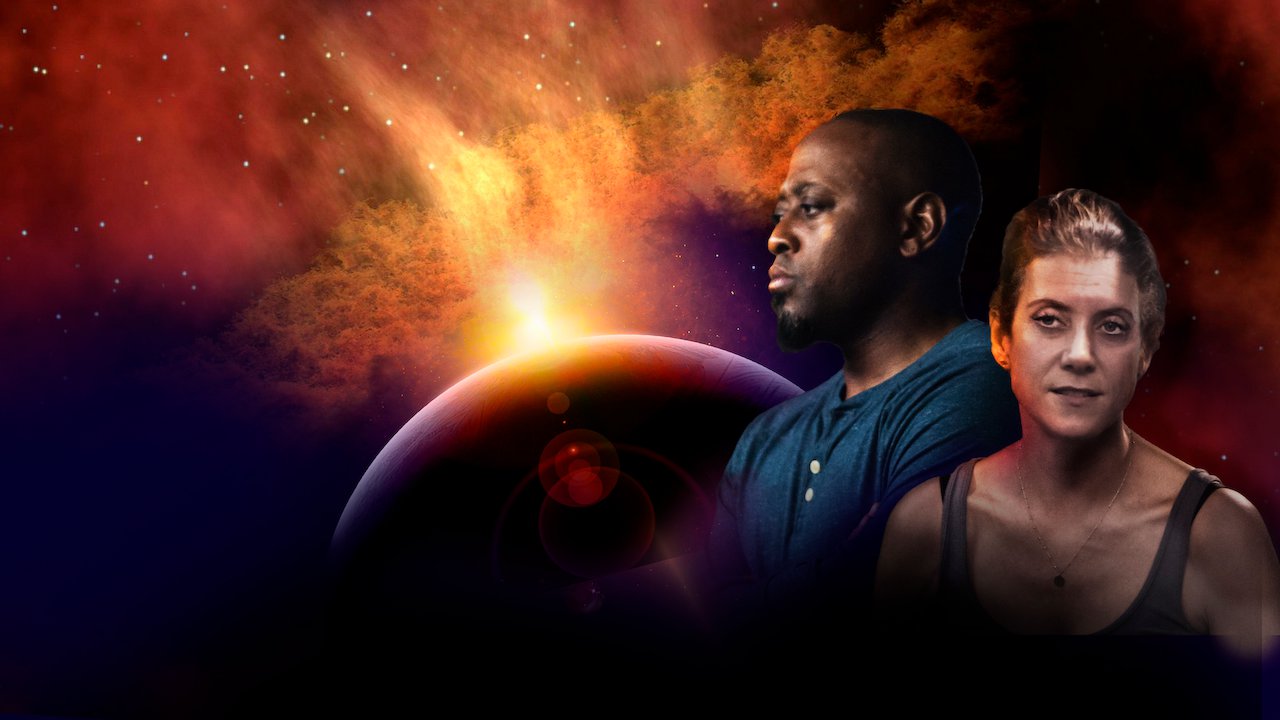 There have been quite a few movies that explore the theme of loneliness in space: Interstellar, Ad Astra and Gravity immediately come to mind. 3022 explores the same theme and it does it almost as good as the previously mentioned films, but on what looks to be a shoe string budget. It doesn’t mean that the movie doesn’t have issues.

The year is 2190, humanity has established its first colony in space named Europa One – I am assuming it’s on Jupiter’s moon Europa. A refueling station named Pangea is half-way between Earth and Jupiter, it has a crew that rotates through the station every ten years. The new crew is an American crew that consists of Captain John Laine (Omar Epps), engineer Jackie Miller (Kate Walsh), doctor Richard Valin (Angus Macfadyen) and Lisa Brown (Miranda Cosgrove) – they never really specified what Brown did on the station.

In a well-done opening montage, we are shown the crew arriving and their happiness in the first year, then the slow drifting apart in the following years. The movie starts with dialogue as the crew reaches their fifth year and have grown apart and into isolation. Laine is having “night terrors” as he sleeps. Valin has decided not to shower. It is said that half the crew sleeps 15 hours and the other half doesn’t sleep at all.

The crew experiences a bright light and a shockwave. They loose contact with Earth and are left stranded on the station. The crew tries to figure out what happened and why they have lost contact with Earth. The slow deterioration of the crews’ mental well-being continues and each member starts to behave even more eradically.

I really liked the drama and tension that the film is able to create. I think that the small budget of the film is a positive and not a negative. Yes, the special effects were not that great, but I did not expect them to be. I was expecting to be entertained and the film did that. It is a thought provoking film and the script asks, “What would you do if you were the last of humanity, stuck on a space station with dwindling resources?”

The positives of the film all are with Omar Epps and Kate Walsh. Both are fantastic in the film and elevate it. The score by Jimmy LaValle is actually really great. It is always awesome to see Enver Gjokaj (Agent Carter, Dollhouse) onscreen, here in 3022 he is completely unhinged and gloriously maniacal.

I can forgive a low budget film for a lot of things – for instance there is gravity everywhere in the movie, in the station and in the shuttle. I can write that off as “didn’t have budget to have people floating around for 91 minutes.” The cheesy spacesuits, the uninspired shuttle, the subtle reuse of external shots and the huge interiors of the space station – all of that I got over because I knew that this was a low budget film.

But, I still have standards and 3022 suffers from quite a few “really?” issues which are all not related to the size of its budget. It is 2190 – almost 200 years in the future – and the crew still smokes like mad – worse yet, they are smoking on the space station. This has nothing to do with a film’s budget, but more of a bad choice by director John Suits. It is so bad that it ruins scenes featuring astronauts smoking on the space station – quoting the ever wise Mark Watney from The Martian, “NASA hates fire. Because of the whole ‘fire makes everybody die in space’ thing.“

Why is there a refueling station half-way between Earth and Jupiter? That’s really not how space travel works. Again, this is an issue that has nothing to do with the budget. This one falls squarely on the writer of 3022, Ryan Binaco. Spaceships never lose momentum because they are traveling in a vacuum, a spaceship should be able to gain enough momentum at the start of the trip and cruise to its destination without the need for extra fuel – in other words, spaceships are not cars. Also, where is this fuel coming from? It would have been more realistic if Pangea sat nearer to Earth than the half-way point between Earth and Jupiter. Most of the fuel that is needed for spaceships is the fuel that is used to help the spaceship escape Earth’s gravity, refueling would need to happen shortly after that.

The space station has very sparse amounts of resources. It seems that they crew would have run out of resources around the time they had to leave (in ten years). Knowing how NASA functions, they would have sent more food than necessary in case of emergency. Speaking of the ten year rotation, that seems a bit long. Maybe the spaceships in 2190 travel faster than now, but a trip to Jupiter would take around six years. Given that Pangea sits half-way between Earth and Jupiter, a one-way trip would be three years. If the crew is staying on Pangea for ten years, that means their complete tour of duty would be a whopping 16 years. That is a lot to ask of a crew.

One last issue I had with the film is the non-linear telling of the story. I found it unnecessary and I think the film could have worked a bit better without it.

So, after all those issues, would I recommend 3022? Yes, but it is a very soft recommendation. It is a decent film to watch, mostly for Epps and Walsh. It is not perfect and it suffers from a lot of flaws. But, it is thought provoking and the premise is intriguing.

I am glad that they never explained why or how the Earth exploded. The theories presented were fun to think about – especially the one about The Large Hadron Collider and it accidentally creating a blackhole.

While I get the introduction of the French crew, that was an unfortunate turn from thoughtful sci-fi to predictable thriller in space. I was glad that they added some action and thrills, but I don’t think that it was all that necessary. Plus, having the arriving crew speak with an accent was a bit over-the-top.