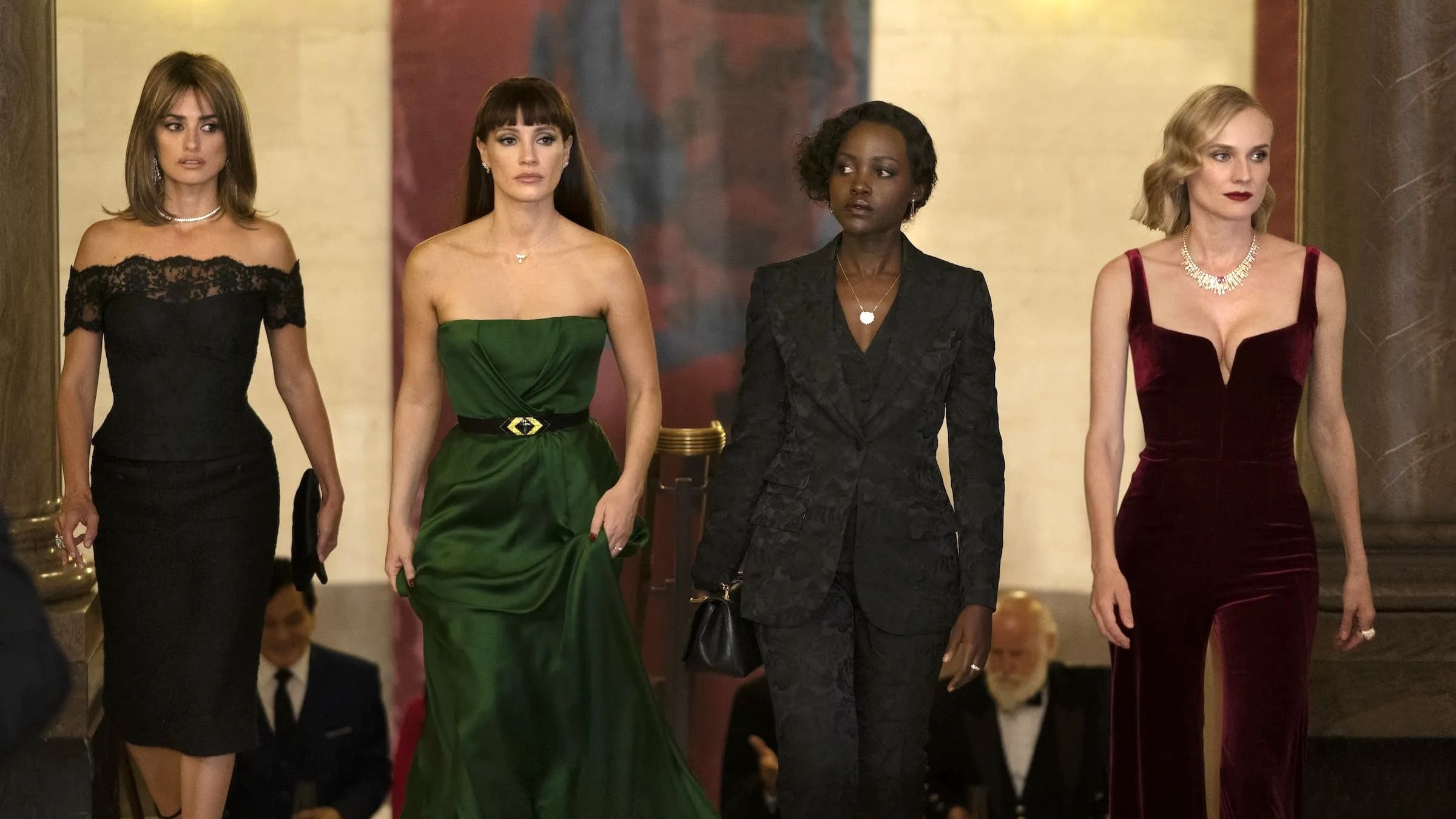 The 355 is an amalgamation of other spy-action movies which features an incredible A-list cast, but is it any good?

The McGuffin of The 355 is Hollywood’s overused and cliched universal hacking device, a key to unlock every digital device in the world from air traffic control to power grids to banks. This box ends up in the wrong hands after a deal gone bad. Tasked by the CIA to retrieve this box is Mace (Jessica Chastain) and her partner Nick (Sebastian Stan). When things go sideways during, Mace is forced to forge an uneasy working arrangement with agents from other global spy agencies: Marie (Diane Kruger), Graciela (Penelope Cruz) and Khadijah (Lupita Nyong’o).

The one thing that The 355 has going for it is the sheer amount of action sequences packed into the film. Most of these sequences are executed decently, though I could live with less of it being shot with the Shakycam technique. The pacing of the film with action sequences sprinkled judiciously throughout the runtime helped to keep my attention – especially since the non-action portions of the film were an insult to the intelligence of the audience and are in the end forgettable.

Lupita Nyong’o is fantastic in the film, Nyong’o makes her character memorable and relatable. While Jessica Chastain’s character is the main character of The 355, she was ultimately boring and forgettable – not all the fault can be laid on the script, Chastain is bland and merely playing a modified version of the character she played in Ava (without all the personal faults). Penelope Cruz is criminally underused in The 355. Sebastian Stan is fun to watch whenever he shows up onscreen. Fan Bingbing feels wedged into the movie – her character, what she does and her contributions all felt unnatural.

It is nice to see a progressive movie, it is unfortunate that The 355 was not better. With a cast and concept like it has, it is disheartening that everything is squandered because of a weak, bland and predictable script. If you are looking for a mindless way to pass some time, the action sequences in The 355 are worth a try. I would not go out of my way to watch this film though.

The deal to sell the Ultimate Hacking Box bugged me because if one had a box that could secretly get into banks, why would anyone sell the box? The amount of money gained from selling it would be less than having access to all the world’s money. Also, given the power of the box and how it would naturally be used for nefarious purposes, why let others have access to the technology – it would only end up causing world issues and in turn wrecking havoc on financial markets. Please Hollywood, stop using the cliched magical hacking box McGuffin.

The movie employs the circling of the camera around a group of characters too many times and that got old really quick.