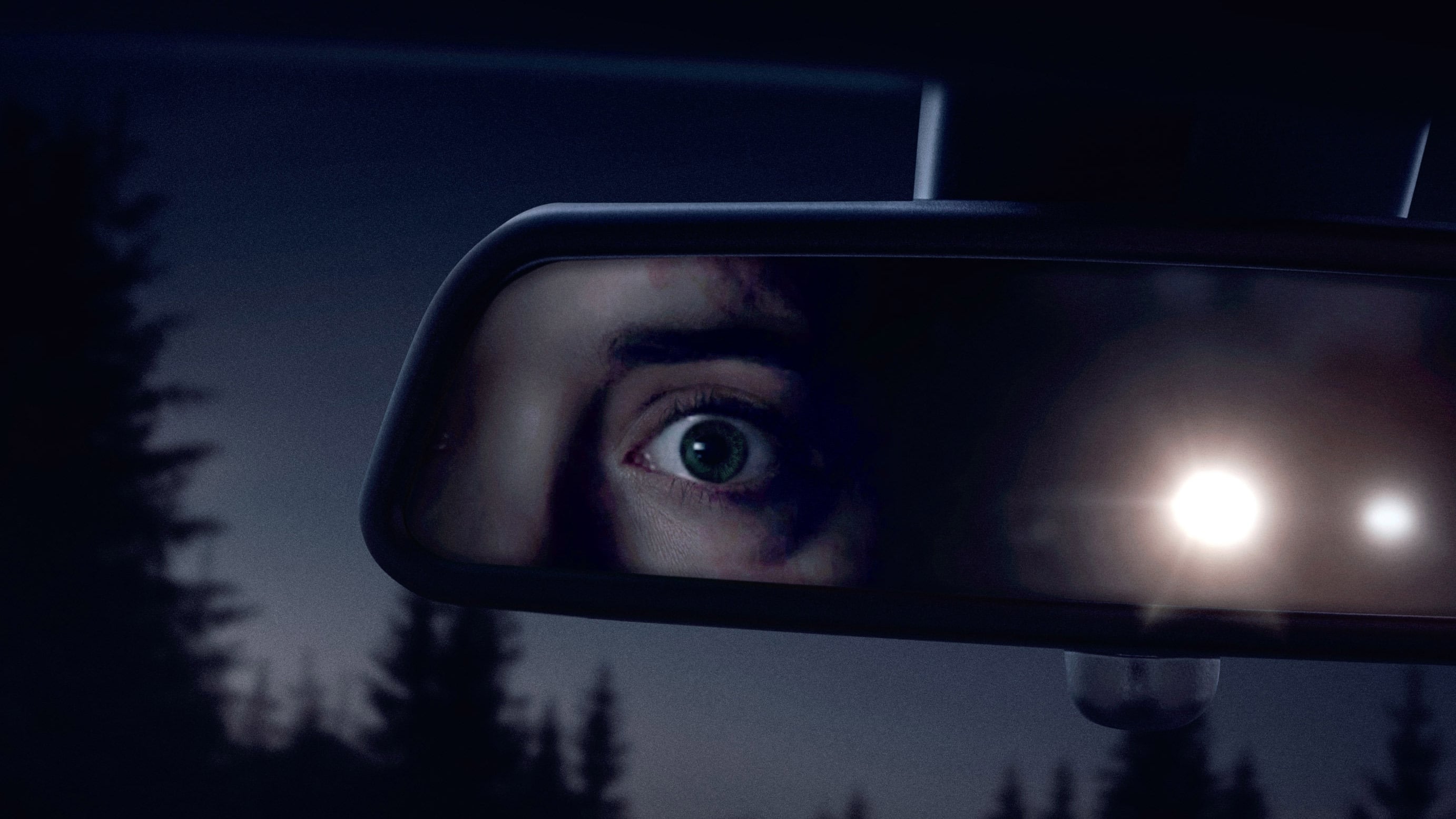 Jessica (Jules Willcox) is a recently widowed woman who has decided to pack up and move on with her life. She has packed up all her belongings and is embarking on a long drive “North”. While driving, she encounters a Jeep driven by the Man (Marc Menchaca) who manipulates, harasses, stalks and eventually kidnaps her. Jessica must fight for her life, survive and hopefully escape from the Man.

Let me get this out of the way first. Alone’s runtime is 98 minutes long and it felt way longer than that. There’s slow burn and then there’s “can we just get on with it?” Alone falls into the later category. There are too many scenes that linger for just a couple of seconds too long. There are unnecessary drawn out quiet moments that serve no purpose. Alone could have used more editing and tightening up.

The premise of Alone has been done before. As the premise is executed in Alone, it turns out that the execution is fatally flawed. After the Man starts to stalking Jessica, I was left asking over and over again: How is the Man tracking Jessica so well? It continually felt as if the Man had a GPS tracker on Jessica. He always knew exactly where she was and would show up when necessary in order to be menacing. The Man had a wallhack cheat enabled because it didn’t matter if it was a road, a town or a forest, he could see where Jessica was.

It is so unfortunate that the story of the movie is so badly conceived because the craftsmanship of the movie shows some brilliance. The cinematography by Federico Verardi is quite well done and exhibits a subtly beauty to each frame.

Jules Willcox and Marc Menchaca both give great performances – elevating their underdeveloped characters. Menchaca, who is doing a mean impression of Kiefer Sutherland, is suitably creepy and terrifying.

I commend the filmmakers for their effective use of sound throughout the movie to drive fear. The plain sound of a SUV was used successfully to create a sense of terror. The quiet calm sound of the forest (even during the credits) made me feel uneasy. The sound of a heartbeat transforms into the sound of something else at the end of the movie, which was very creative. The sound design in Alone was fantastic.

I gave Alone a higher rating because of the craftsmanship shown throughout the movie. Other than that though, there was not much redeeming value to this movie. Alone is a strictly paint-by-the-numbers horror film that is full of contrivances. The whole premise of the movie is ruined by the omnipresence of the Man.

And to answer the opening question: Alone lets the protagonist run wild with questionable choices making the movie hard to watch, but easy to yell at.

Adding title cards does not make a movie better.

I did not like how the protagonist turned into a martial arts fighting machine in the last ten minutes when it was required for her to fight the Man. That felt like a cheat and a convenience for lazily wrapping up the movie.