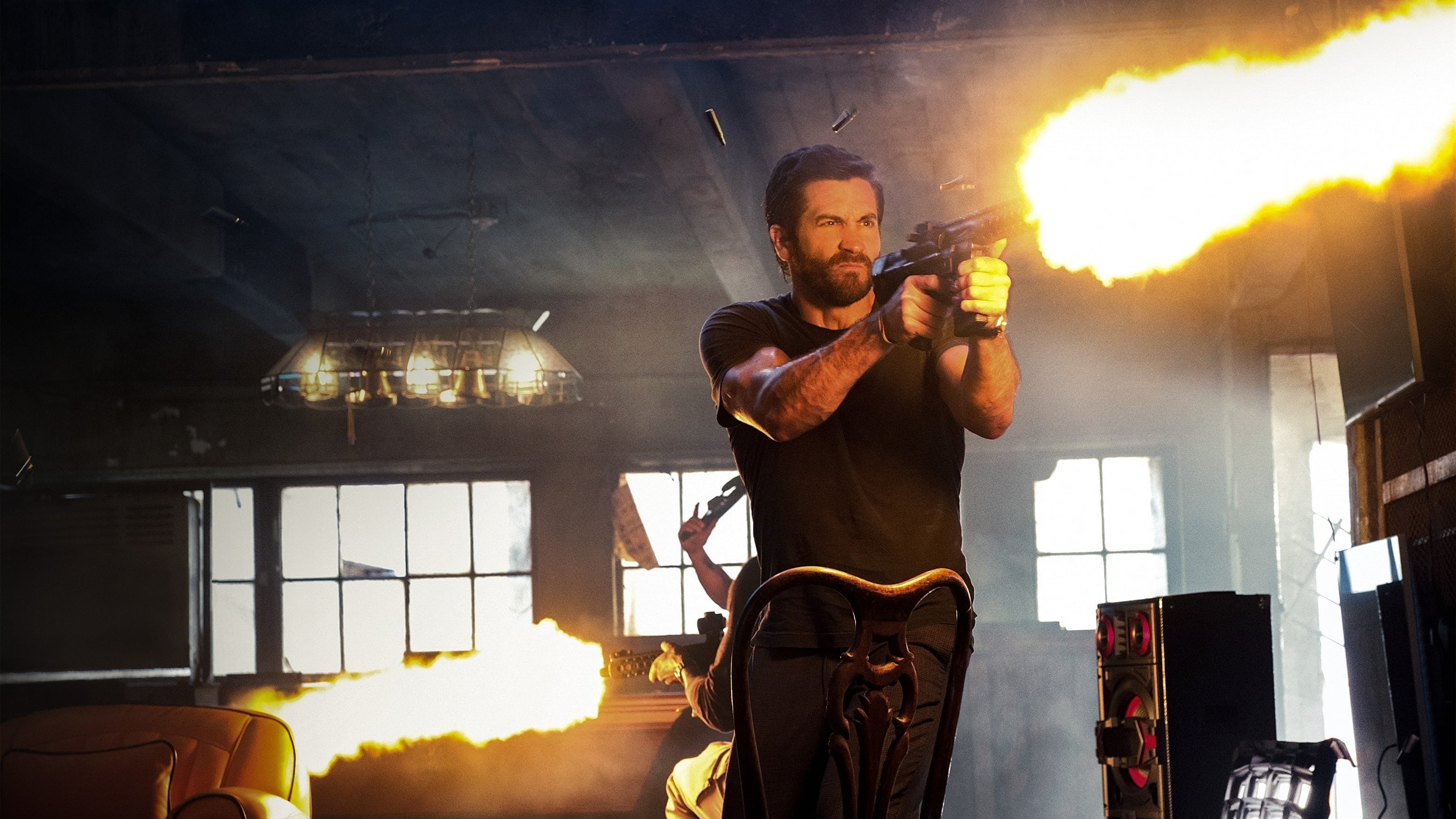 I often ask myself: If I hate watching Michael Bay films so much, why do I keep watching his new movies? I am confident that I keep watching his new releases because somewhere deep inside, I feel like he can make a decent movie again – I doubt he will ever get anywhere near his peak with The Rock, but somewhere in the same neighborhood wouldn’t be too bad. Was Ambulance a decent Michael Bay movie?

Will Sharp (Yahya Abdul-Mateen II) is a veteran who is having money problems. He does not have enough money to get his wife (Moses Ingram) the surgery she needs and is forced to ask his brother Danny (Jake Gyllenhaal) for money. Will is apparently quite the get-away car driver, he and his brother Danny have had bad past run-ins with law enforcement. Will escaped the life by going into the military, but now has to re-enter it when Danny offers Will a robbery that will set them up with enough money for life. Hot on the heels of Will, Danny and their crew is Captain Monroe (Garret Dillahunt) and FBI Agent Anson Clark (Keir O’Donnell).

Lets get this out of the way first: It was like Michael Bay got a drone set for Christmas. There was quite a bit of footage in Ambulance that was filmed using drones – both indoors and outdoors – and some of the shots are actually quite neat and creative. Yes, there were times that the drone footage was distracting, but for the most part it was used for good impact. And there were quite a few times when the drone footage was used subtly – and that is a word that I don’t use often when describing Michael Bay’s work or style.

The downtown LA robbery and resulting shootout pays homage to Michael Mann’s downtown LA robbery and shootout in the vastly superior movie Heat. While Bay’s version uses drones and is exciting, it does not have a cohesive feel to it – and it was haphazardly choreographed, so it was difficult at times to keep track of where different things were happening in relation to things happening in parallel at a different location. This is not a problem with Mann’s version of a robbery and shootout. Having said that, Bay’s version is still rather good.

On the topic of Bay paying homage to other films, there is a chase in the LA River, complete with helicopters, and that felt similar to a chase in the 2000 film Gone in 60 Seconds. And lastly, there was a really nice self-reference to Bay’s movie The Rock in Ambulance.

Will Sharp is a highly likeable character and that is directly because of Yahya Abdul-Mateen II’s performance. The movie kept me wondering how wiil Will get out of the ever worsening situation that he and his brother are in. Will was down to earth, stable and relatable. The character Cam was also an anchor for this movie, elevating the movie beyond what it could have been – and here again, it was because of the performance of Eiza González that makes the character so likable. Unfortunately, the character of Danny was sunk by Gyllenhaal’s performance as it was way too over-the-top and unhinged.

I have to mention: Finally Garret Dillahunt was in a role where he was not a homicidal maniac and it was great! Give the man more of these roles.

Hey Michael Bay, I knew you could make a decent movie without all your worst traits. Yes, the bad traits show up a little here, but there is a sense of restraint in this film that Bay has not shown in most of his recent films. The Rock is my favorite of his movies, Ambulance comes in second. That’s actually saying a lot. Ambulance was tense and exciting and worth the more than two hour runtime.