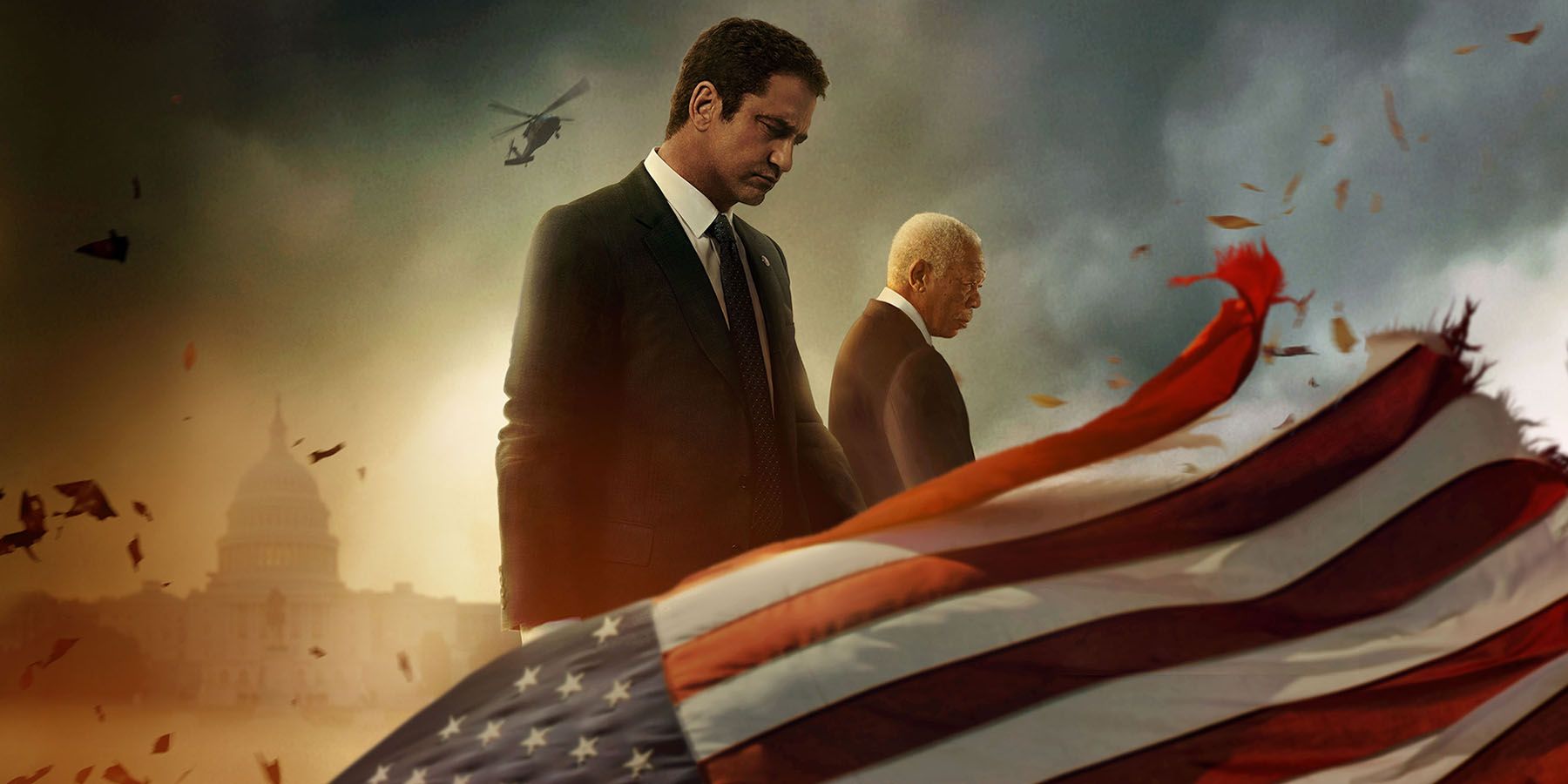 When I first watched Angel Has Fallen in the theater – remember those days? – I didn’t have high expectations based on both the critics’ reviews and from the previous movies in this series which I disliked. I also wondered: Mike Bannon has become a series now? While there were two (bad) movies before this one, there’s no need to know what happened in them – Angel Has Fallen is almost a soft reboot.

Mike Banning (Gerard Butler) is on his way to becoming the Director of the Secret Service, but during a fishing trip with President Trumbell (Morgan Freeman) everything falls apart and he becomes the prime suspect in an assassination attempt. Banning goes on the run and works to discover who is trying to frame him.

The story in Angel Has Fallen is barebones, but that is not a bad thing. It allows for the movie to go full bore on obnoxiously loud and brash action sequences that are over-the-top and very entertaining. Angel Has Fallen is very much a throwback to old action films. I appreciated that.

Gerard Butler is great at these types of movies now, I can’t describe the films, but it’s a certain type of film he makes a lot of and a certain type of character he plays a lot. He’s becoming a lot like Jason Statham in that respect. Here he’s collecting a paycheck, but still doing a decent job. Morgan Freeman is back at doing what he does best: Playing the role of authority and he’s great at it. The real scene stealer of this movie is Nick Nolte though. The scene in the forest with all the explosions was very entertaining and super funny – Butler and Nolte played that scene perfectly together.

I came out of the theater entertained. I enjoyed the film, it was derivative of other films (Fugitive comes to mind) and it is very predictable (the two villains weren’t very well hidden). The most inventive movie? Not by a long shot. Entertaining? Hell yea. Worth watching? Definitely, I have seen it twice after seeing it in the theater. Once on 4K Blu-ray, which is a gorgeous reference quality transfer. The second time was tonight, streamed on Vudu.

If you’re looking for a fun, loud, over-the-top action film, you can’t go wrong with Angel Has Fallen.

Watched at home, streamed on Vudu.