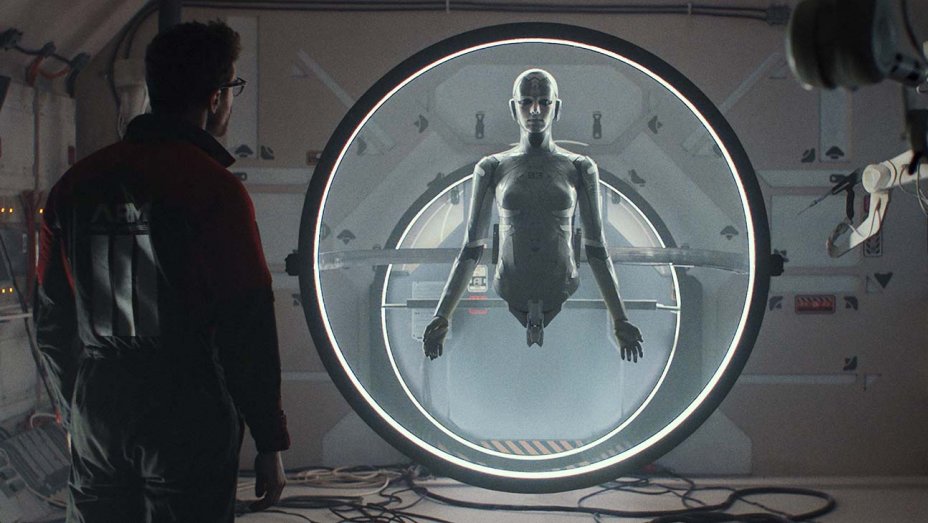 It is hard to write about Archive without spoiling the film. People will find parallels between Archive and films like Ex Machina or Solaris or even Blade Runner (though, with Blade Runner it is mainly for the atmosphere and setting). After watching Archive, I feel this film is a sci-fi take on a different film, one that I hold as a favorite. Revealing that film would reveal the major twist in Archive, so if you have already seen Archive, then look in the Spoilers section for more discussion on what film I think Archive ultimately borrows from.

In Archive, we find George (Theo James) who is tasked with bringing the security systems of an old base in Japan back online. He works there alone, but takes calls from his pushy boss (Rhona Mitra). His dead wife’s conciousness is locked away in what looks like the Monolith from 2001: A Space Odyssey. Because of the way that the “Archive” works – it’s analog apparently – the conciousness of his wife only lasts for a few hundred hours before fading away. George has a secret project in which he is building robots – with each generation being more intelligent and more human-like than the previous one. He has two models already and is working on a third. He is building AI that he hopes will model his dead wife’s personality. And we all know what his ultimate goal is from the get-go, even though it is not stated explicitly.

Gavin Rothery is the writer/director of Archive and this is his debut film. He does a fine job with the script and direction. The script is engrossing and I found myself lost in the world that he had created for the film. The film is sure footed enough that it creates a world, but exposes it to the audience piecemeal and lets the audience figure out what’s going on and why things are the way they are. His script deals with love and loss – and does it quite well using robots.

Theo James is fantastic in the movie, playing the somewhat unlikable character of George (okay, he’s an asshole a lot of the time). Yes, George is dealing with the death of his wife and the guilt around how and why it happened. But, as I watched him and how he treated the robots he created, I slid further and further into thinking that he’s not that great of a guy. James plays the role well and the film hinges on his performance as he is the only human onscreen most of the time – outside of the robots. Speaking of the robots, it is J02 that made a difference for me. Somehow the J02 robot was able to get me emotionally invested and I felt sorry for J02.

Stacy Martin is also great in the film as George’s wife.

There is a twist in the film and I caught it about half-way through the film. Rothery’s script was good about dropping hints at what was coming and anyone watching the film critically will be able to pick up on what will come. The ending should not be a big surprise.

Worth mention is the score by Steven Price which is brilliant.

Do I recommend Archive? Yes. But be prepared for a slower paced thoroughly engrossing movie. 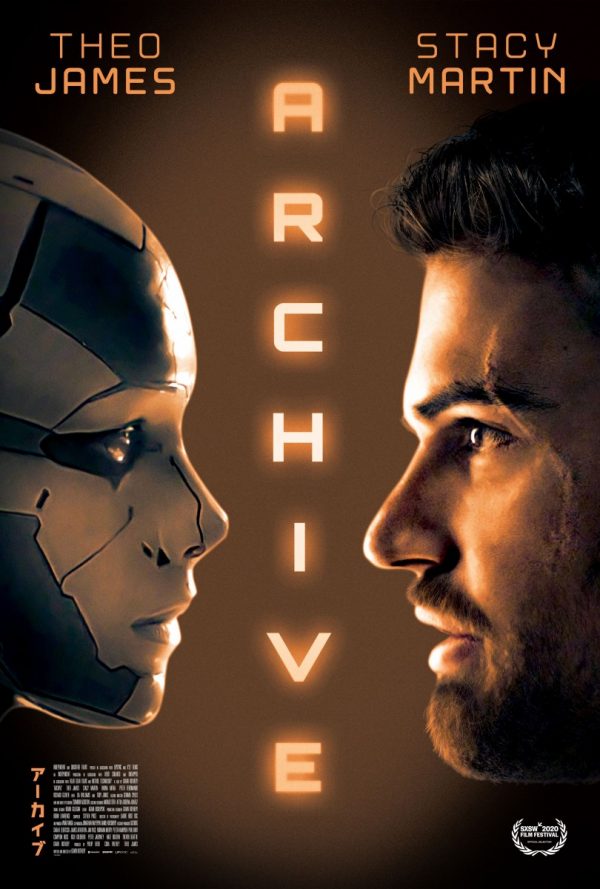 This is a double spoiler section. If you have not seen 1990’s film Jacob’s Ladder starring Tim Robbins and directed by Adrian Lyne, go see that film first (and also see Archive) before reading what comes next.

I caught onto the twist during the scene where George is arguing with his wife about the Archive. She did not want to be in the Archive after her death and he agrees not to put her in. There were other hints also like the phone calls being only one-way (she can call him, he can’t call her). The twist that George was actually the one dead and in the Archive was good, but it was better done 30 years ago in the film Jacob’s Ladder.

Archive is a sci-fi take on the same idea and themes found in Jacob’s Ladder, which was a horror film with heavy themes on life, love and ultimately death. Archive’s twist at the end was okay, but it invalidated most of the movie – that takes away from what happened in the movie, like the suicide of J02 which made me sad. Jacob’s Ladder, scripted by Bruce Joel Rubin, takes a different approach to the movie before the twist showing that Jacob was actually dying. In Jacob’s Ladder, everything that is happening to Jacob is part of Jacob’s dying mind dealing with loss and him learning to let go.

Jacob’s journey can be wrapped up in this quote from Louis (Danny Aiello):

Eckhart saw Hell too. He said: The only thing that burns in Hell is the part of you that won’t let go of life, your memories, your attachments. They burn them all away. But they’re not punishing you, he said. They’re freeing your soul. So the way he sees it, if you’re frightened of dying and… and you’re holding on, you’ll see devils tearing your life away. But if you’ve made your peace, then the devils are really angels, freeing you from the earth. It’s just a matter of how you look at it, that’s all. So don’t worry, okay? Okay?

This is the main difference between the two films. Archive’s use of George’s death and his journey to peace does not really tackle anything. It is an interesting and engrossing sci-fi story, but that’s about it. When George finally discovers that he is in the Archive, it is a moment for shock value and to make the audience gasp at what they didn’t realize – but, ultimately, it will leave a lot of the audience feeling cheated that they spent so much time invested in the film and its characters only to have it wiped away by the twist. In Jacob’s Ladder, the use of Jacob’s death and his journey to peace shows a man dealing with his own death and how he finally finds peace – we are taken on his journey and at the end, we come to understand that the horrors and demons that he had been seeing are really angels trying to help him let go and make peace. The audience is left with an understanding of why things were happening throughout the film.

Other things that I wanted to bring up about Archive…

The way that George treated J02 was terrible. Why create a sentient AI and then treat it like nothing? If that was the way that he was going to treat J01 and J02, he might as well had dismantled them after he got what he needed. This part of the film showed what kind of man George really is, selfish and uncaring.

The whole world that was built for Archive was spectacular. I could tell that the filmmakers spent a lot of time creating a much larger world than what is shown onscreen. It does take liberally from Blade Runner. The abandoned base also borrows its asthetics and feel from the much better film Moon and its design of the moonbase Sarang Station.