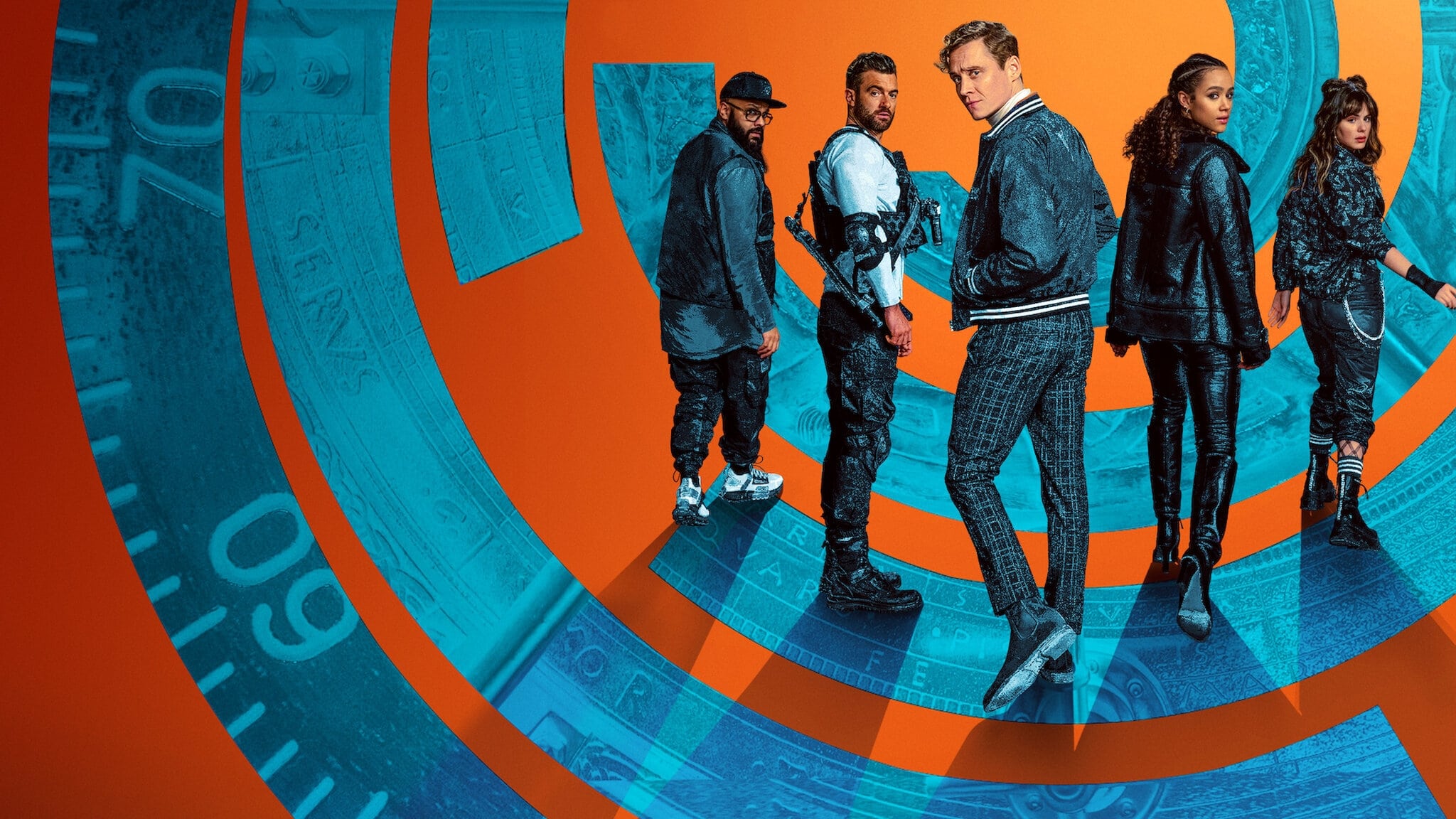 Take the most likeable character out of one movie and give him a prequel film, what do you get?

Ludwig Dieter (Matthias Schweighöfer) is a bored bank teller that has his own routine through his day. One day though, his routine is interrupted by a master thief named Gwendoline (Nathalie Emmanuel). Gwendoline is looking to recruit Dieter to be part of her crew that also includes hacker Korina (Ruby O. Fee), muscle man Brad Cage (Stuart Martin) and driver Rolph (Guz Khan). Together, they will break into three historic safes which are thought to be nearly impossible to break into. Each of the safes have their own special story and a history because they are a part of a quadruplet of safes made by Hans Wagner. Three of the safes are located in Europe with the fourth safe in Las Vegas and is the focus of the movie Army of the Dead.

With the title “Army of Thieves”, it would be easy to think that this film would be a heist film in the same vein as the Ocean films, but it really is not. Yes, they do break into banks and the heists are executed creatively – the first being the most memorable. But, at its heart, Army of Thieves is a love story between Dieter and Gwen – and as such, it works well because Schweighöfer and Emmanuel have good chemistry on screen.

There are also two cops, Delacroix (Jonathan Cohen) and his more level-headed partner Beatrix (Noémie Nakai), on the trail of the crew, one is seeking revenge because he was shot in the ass by Brad Cage.

The pacing of Army of Thieves is zippy and the movie moves along at a quick clip. The movie is laced with great laugh-out-loud humor, some of it caught me completely off guard. And while there maybe some plot holes, none of them are big enough to matter. While others are easy to overlook because of how fast the story unfolds.

Matthias Schweighöfer does double duty in Army of Thieves. He is both the director and one of the lead actors. He is awesome both in front of and behind the camera. As a director, Schweighöfer balances the tone of the film well, juggling thrills and laughs masterfully. Nathalie Emmanuel is a badass and I enjoyed her fight sequence early in the film. Outside of that, she has a sly charm and appeal throughout the film. Stuart Martin is playing a character that is result of a psychotic what-if dream about the result of Brad Pitt and Nic Cage having a baby together. Having said that, he is a spitting image of the a young Hugh Jackman as Wolverine from the earlier X-Men movies. The only complaint I have is of Jonathan Cohen who is a bit too over-the-top as Delacroix – he is the clichéd screaming cop in this movie.

There are so many tumblers in Army of Thieves. Thankfully, all the shots of tumblers are used for good effect – showing the audience how each safe is unique and how it might look like inside of the safe’s locking mechanism.

Army of Thieves looks fantastic and is shot beautifully. The cinematography really elevates this movie and makes it feel much grander than what one would expect from a film with a meager $7 million budget.

Since this is a prequel, the script kept me guessing to why the other people in the crew did not end up in Army of the Dead. I found Army of Thieves to be a very enjoyable film, even more so than Army of the Dead. Army of Thieves is one of those special films that outshines the film which brought it about. It shows that good characters are what makes movies entertaining.