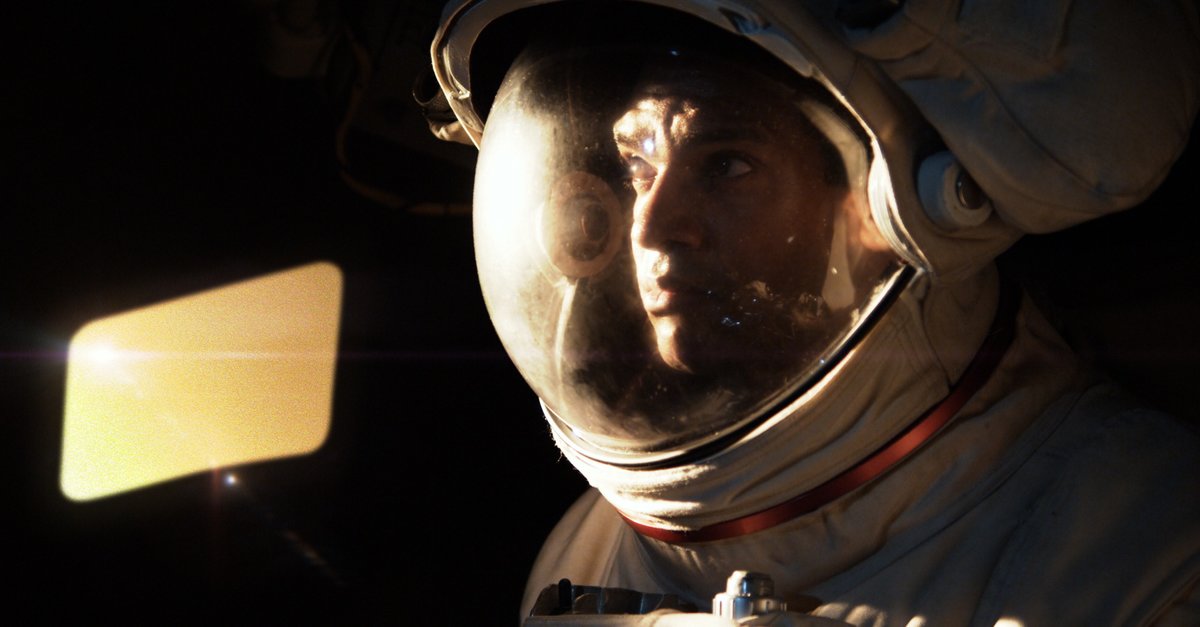 I stumbled upon Astronaut: The Last Push while browsing the live TV listings on my DVR. I recorded it because I knew two names associated with the film: Khary Payton (whom I know as the voice of Cyborg in Teen Titans and Teen Titans Go!) and Lance Henriksen. I figured that this movie had two known actors and a story about space, I couldn’t go wrong watching it.

Michael Forrest (Khary Payton) and Nathan Miller (James Madio) are slated to be the first astronauts to visit the moons of Jupiter. A space mission is launched by a private corporation, Moffitt Industries to send these two astronauts to the largest planet in our solar system. Moffitt Industries is led by Walter Moffitt (Lance Henriksen) who pushes for this mission when it is discovered that there are whales living on Jupiter’s moon Europa. A near catastrophic accident in the early part of the mission forces Michael Forrest to make a lonely journey back home to Earth.

The idea behind the film is a good one and the film does a good job at exploring it. Being alone in space for an extended period is something that would wreck a person’s mental health – even if they have delayed communications with Earth.

This movie dives right into this and while some may find large swaths of the movie boring, this is where I find that the movie is doing its job perfectly. Writer and director Eric Hayden perfectly captures the feeling of being trapped in a tiny capsule, floating alone in the vacuum of space.

Khary Payton is great in the film as a man struggling to retain his sanity while being trapped by himself. He is a man stuck in a situation that would be hopeless and he captures this perfectly with his performance. I liked how the film subtly changed its visuals throughout the short runtime. The most noticeable can be seen as Michael descends into madness. The color grading of the film changes, it becomes yellowish and the shots become overblown. Shots are framed askew which are completely different from the perfectly framed shots when the film opens.

It is interesting that the writer decided to make the space mission something done by private industry instead of a governmental agency. This allowed for the spacecraft to be a bit dodgy because of cost. Had NASA built this spacecraft, it would have had redundancy on top of redundancy with an extra slice of redundancy to avoid situations like the one presented in the movie. The spacecraft that Michael is stuck on feels like it was built with cost minimization in mind.

This was obviously a smaller budget independent film, but there were some standout moments and visuals in the film. I was impressed by the Venus flyby and what they were able to achieve visually with that whole sequence. It was as amazing for me as it was for Michael.

It is difficult for films to genuinely surprise me. Astronaut: The Last Push was able to do that with its ending which was both surprising and also fitting. While this movie is not a great movie, it is a decent watch if you have the time and the patience. There are sections of the movie that are slow, tedious and boring to convey the feelings of Michael. But, given a bit of patience, the movie is decently entertaining.

There are some dodgy things in the movie. The physics, as laid out by the graphic that they use to show the flight path of the spacecraft, is really off. The slingshots that are described are merely small detours. Michael’s hair is also weirdly well kept after three years in space.

Michael ends up ejecting the re-entry pod with Nathan’s body inside because Moffitt wanted to give Nathan a proper burial. This act is the end for Michael as he has no way of ever returning from Jupiter – or even entering Europa’s atmopshere. From this, I take it that while Michael is smiling near at the end of the film and acting normally, he has lost his mind. His hallucinations, both visually and audibly in the later half of the film quite clearly reflected this. But, he seemed to recover at different points.

What I think pushed Michael to carry out his plan to continue onto Jupiter was seeing Venus. It wasn’t seeing of Venus that caused it, rather it was being in the re-entry capsule with Nathan’s body that caused him to mentally break.