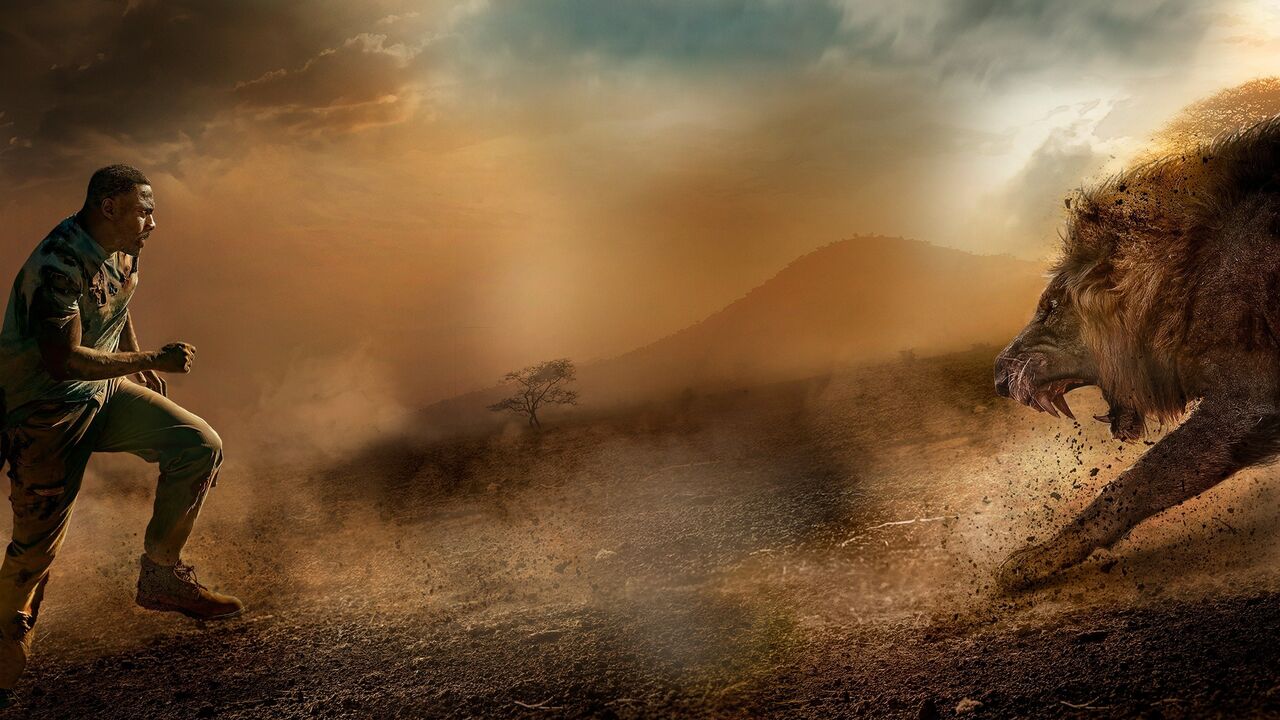 The trailer for Beast featured Idris Elba punching a lion in the face with a solid right hook. That and some shots that are reminiscent of Jurassic Park would indicate that this is a movie that doesn’t take itself too seriously and is a fun romp in the bush, right?

Dr. Nate Samuels (Idris Elba) is a grieving husband who is trying to reconnect with his two daughters, Meredith (Iyana Halley) and Norah (Leah Jeffries). They embark on a trip to visit South Africa where the girls' mother was from. It is there that they meet up with an old friend and park ranger, Martin Battles (Sharlto Copley). The four of them start a tour of the area that Martin takes care of and end up being hunted by a vengeful rogue lion.

The major thing that detracts from being entertained by Beast was the camera work. The director and cinematographer put the camera into motion for long takes, having the camera weave, wander and flow between people. The camera is set off on long takes which do 360s around people and moves between multiple people, inside of cars and buildings, around trees and animals. It is all very, very distracting. And by doing it over and over again, it makes the camera an intrusive character in the movie that is always shouting, “Hey look at me!” Camera motion for the sake of movement is just showing off and serves no artistic purpose.

Idris Elba and Sharlto Coley both barely prop up a less than mediocre b-movie. The drama aspects of the movie that have Nate reconnecting with the girls feels wholly contrived and at times more laughable than effective.

Speaking of the lion, the writers, Jaime Primak Sullivan and Ryan Engle stripped it of its night sight, hearing and sense of smell. Lions naturally have a good sense of smell and hearing. They see less colors, but have excellent night vision. But not this rogue lion because the movie would have been over much too quickly if it was a real lion. The script and filmmakers treat the lion like the T-Rex from Jurassic Park, going as far as having a character in an off-road vehicle, in the night tell others to not move so that the lion won’t see them. The lion also seems as powerful as the T-Rex. It is all a spectacular mess.

For a 90-minute movie, I was bored for long stretches of the movie. This movie makes no sense and there are so many leaps in logic that it made the movie unbearable to watch. Had the movie not taken itself so serious and had a more sly sense of humor, it could have reached the status of a cult classic creature feature – a good example of this is Deep Blue Sea which added just the right amount of humor and cheese to make the movie enjoyable past its ridiculous setup.

If you’re looking for a creature feature with a lion, Rogue might be a better choice since it relishes in its silliness and all that silliness is enhanced because it was fun to watch Megan Fox playing her role thinking she was in a different type of movie. Beast takes itself way too seriously and is not any fun to watch. Oh, and Idris Elba connecting a right hook to the face of a lion? It wasn’t that great in the movie.