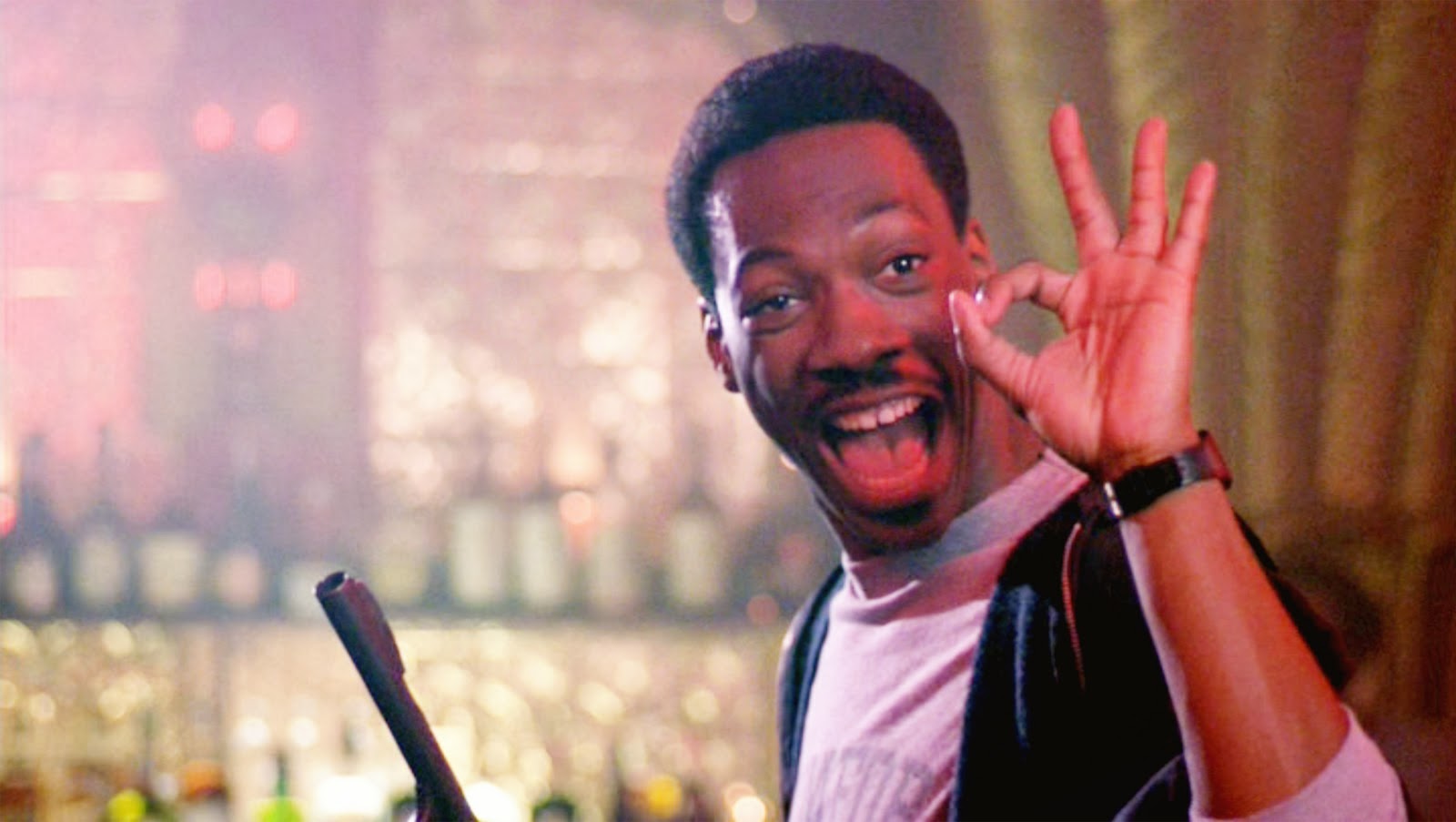 Beverly Hills Cop is a film that holds up well when it comes to entertainment. Right now it is nearing 40 years old, but it continues to entertain with action and comedy. The rest of this review is going to contain spoilers. If you haven’t seen this film after almost 40 years, just go see it. It’s a fun film with decent action and some good laughs.

Axel Foley (Eddie Murphy) is a rebellious Detroit detective who receives a visit from an old childhood friend one night. After hanging out for the night, the friend is murdered. Foley follows a lead and goes out to Beverly Hills to investigate and solve the murder case of his friend. While there he meets up with another old friend, Jenny (Lisa Eilbacher) who runs an art gallery and was the one that got their mutual friend a job. Foley runs in to a little trouble while visiting the villain of the film, Victor Maitland (Steven Berkoff) and is arrested. He is followed by and eventually works together with to by-the-books cops: Taggart (John Ashton) and Rosewood (Judge Reinhold). Never forget about bananas in the tailpipe.

Beverly Hills Cop is Martin Brest’s biggest film based on box office numbers. This 1984 film sets up a lot of things that would be seen in his next film, my favorite film, Midnight Run in 1988. We get oddball pairs of people. We get long lines of police cars smashing into each other. We get by-the-book straight laced characters that eventually loosen up. We get law enforcement people that yell a lot. And lastly we get a lot of bad guys who like to wear suit and ties. Brest does a fine job with Beverly Hills Cops, balancing the comedy with the action.

The action is typical 80’s action complete with ninja stances with holding guns and charging in to rooms screaming “freeze!” There is also the 80’s action movie staple of the Screaming Police Boss, here played by Gilbert R. Hill. While Hill doesn’t have a lot of screen time, he makes each minute he’s onscreen so awesome.

When I think of Eddie Murphy movies, this is the one that I remember him most for. He is in full force in this movie and I loved his character and performance in this movie – Drop the f-bombs Eddie! Ashton and Reinhold are perfect as the mismatched police partners. A young Jonathan Banks (Breaking Bad) is scary and menacing in this movie. Ronny Cox is also great in the film as the Lieutenant trying to keep order as Axel Foley creates chaos. The same came be said about the hilarious and very memorable cameo by Bronson Pinchot as an employee of Jenny’s gallery.

The score by Harold Faltermeyer is epic. The Axel Foley theme song will forever – along with Faltermeyer’s theme for Top Gun – define 80’s movie scores.

Beverly Hills Cop is one of the defining action films of the 80’s for a good reason: It is fun to watch and while it is steeped in 80’s visuals, it does stand up over time.