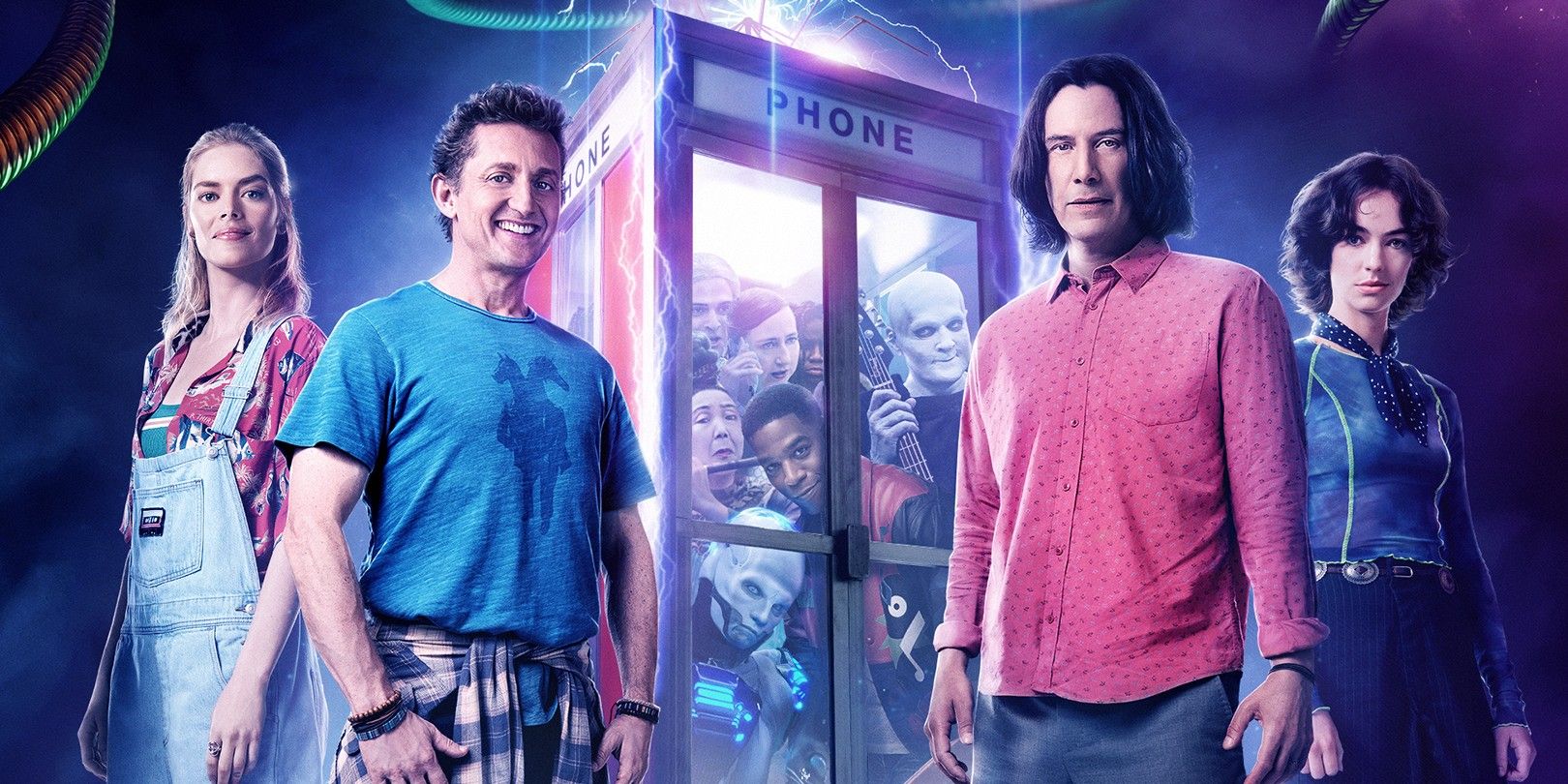 After 25 years of trying to write a song to unite the world, Bill (Alex Winters) and Ted (Keanu Reeves) still have not achieved their goal. They are now playing in tiny venues, spending their time trying to create music in the garage and have driven their princess wives (Erinn Hayes and Jayma Mays) to bring them to couples counseling. Each family have a daughter and the dauthers adore their dads and just like their fathers, the daughters love music: Thea (Samara Weaving) and Billie (Bridgette Lundy-Paine). Bill and Ted are visited by Kelly (Kristen Schaal) who is the daughter of Rufus (George Carlin) – who gets a heart-felt tribute in the film. Kelly tells Bill and Ted that they need to perform their song by 7:17PM or else time will fold in on itself.

The movie has multiple story lines, one more interesting than all the others. The interesting subplot follows the daughters as they search for historic musical figures to join their band and help create and perform the ultimate song which will stop time from foldning in on itself. This storyline was super funny and interesting – full of characters like Jimi Hendrix, Louis Armstrong, Ling Lun, Mozart, Grom, Death and Kid Cudi. The subplot following Bill and Ted as they go off to try to steal the ultimate song from their future-selves is funny and entertaining enough, but it meaders quite a bit. Then there is the subplot that follows the marriage issues featuring the wonderfully funny Jillian Bell as the counselor of both couples. This subplot doesn’t work as well as it is quite underdeveloped.

Alex Winters was definitely in character more than Keanu Reeves was. It is not that Reeves was bad in the film, but Winters felt more energized and alive in the film. William Sadler was an absolute hoot as Death. And Anthony Carrigan turns in a wonderful and supremely funny performance as Dennis Caleb McCoy. Kid Cudi, who I last saw in Jexi, is great in the film also. Weaving and Lundy-Paine do well in the roles and emulate their onscreen fathers perfectly.

I had fun watching Bill & Ted Face the Music. The first parts of the movie are paced way slower than the rest of the film which moves along briskly. The second and third act of the film have some real laugh out loud moments. And what makes the movie so fun to watch is that Bill and Ted are genuinely good guys who are overflowing with optimism – something that we all need in 2020.