There are spoilers in this review for Avengers: Endgame.

Black Widow is an exciting and action packed movie that gives Natasha Romanoff the standalone movie that she deserved so much earlier than now.

The film Black Widow takes place after Captain America: Civil War and before Avengers: Infinity War. As the movie opens we are taken to Ohio in 1985. We see an idyllic family of four: Father (David Harbour), mother (Rachel Weisz) and two daughters. They are the typical American family, except that they are not. Almost immediately, they are on the run and end up in Cuba where we discover that they are actually Russian spies.

Fast forward 21 years and we meet the younger daughter, Yelena Belova (Florence Pugh) who is a Black Widow and she and her team are tasked to retrieve a case of vials containing a red substance. We then meet the older daughter, Natalie Romanoff (Scarlett Johansson) who is on the run from Secretary Ross (William Hurt) because she violated the Sakovia Accords.

The two sisters eventually meet up and form an alliance to take down the Red Room. The Red Room is an organization that kidnaps, brainwashes, trains and controls Black Widows. A man named Dreykov (Ray Winstone) is in control of the Red Room.

On the trail of Romanoff and Belova is the Task Master, a masked villain so good that they can immediately imitate the fighting style of anyone they face.

This film is a showcase for both Scarlett Johansson and Florence Pugh. It gives Johansson’s Black Widow character the proper closure that was was not truly given at the end of the film Endgame where she sacrifices herself to save the universe. This movie goes a long way for giving the character closure. Since Black Widow’s first appearance in Iron Man 2, Marvel has never treated the Natasha Romanoff character with as much respect as they do the male MCU heroes. Johansson is great in this film, as she has been in the previous eight MCU films she’s been featured in.

Florence Pugh is perfectly cast as Romanoff’s sister. The way that Pugh plays Yelena is a brilliant foil to bring out comedy when she is onscreen with Johansson. Pugh plays her character with a straight face and often with very sharp sarcasm which is awesome. It also helps that Johansson and Pugh have great onscreen chemistry and I totally believed that they are sisters. One of Pugh’s stand out scenes was the family reunion dinner scene, she is fantastic in that scene and brings emotion to whole scene.

David Harbour and Rachel Weisz are also perfectly cast as the father and mother – and Harbour is also the Red Guardian, a Russian version of Captain America. I especially loved Harbour in the film, he is hilarious in his part. Somewhat spoiled in the trailer, but made a bit longer in movie, was the scene were he dons the Red Guardian suit again. This short scene was hilarious.

O-T Fagbenle plays Mason, who is Romanoff’s version of Bond’s Q. He brings a sly humor to his part and makes a strong impression even if he doesn’t have much screen time. Ray Winstone is suitably creepy and easy to hate in his role of Dreykov. Though, the Dreykov character is ultimately a boring talkative and forgettable villain. I think the only real miscasting in the film is Olga Kurylenko. I can’t speak of what part she plays, but it did not really work for me. I do wonder if she will return in future MCU films with a larger and more sizeable part.

Worth mentioning is the brilliant use of Malia J’s cover of the Nirvana song Smells Like Teen Spirit that is used early in the film. It is haunting and fits the imagery presented so well. The score by Lorne Balfe is also memorable.

What caught me off guard about Black Widow was the humor. There are quite a bit of natural humor laced throughout the film and it was great way to break up the action scenes and some of the darker themes that are explored throughout the movie – the biggest one dealing with physical and mental abuse and how someone deals with the resulting trauma. The movie also deals with the familiar MCU theme of family – both the one that you’re born into and the one that you create. The theme of family is done right in Black Widow and is not heavy handed. Anchoring the theme of family is Romanoff, but Yelena is the heart of this theme.

The movie is beautifully shot, many kudos to cinematographer Gabriel Beristain and director Cate Shortland for putting together such a gorgeous film – from the opening shot of young Natasha riding through her neighborhood up to the closing shots of Natasha riding her motorcycle, this film looks gorgeous. I loved the recurring things that are sprinkled throughout the film. Some are more obvious (the whistling) than others (the dog’s name).

The best MCU films are personal MCU films and not Universe Ending Event Films. Films like Black Panther, Ant-Man, Iron Man, Captain Marvel, the Spider-Man films all are fun to watch because they happen at a character level and are engaging. Black Widow is among those films, I like these personal MCU films much more than the larger scope films like Infinity War and Endgame.

Black Widow has a similar espionage thriller feel to it, much like Captain America: The Winter Soldier – and that is a great thing. (And hey, Natasha is in both films!)

Do stay for the scene after the credits finish.

Watched at home, streamed on Disney+ with Premier Access. 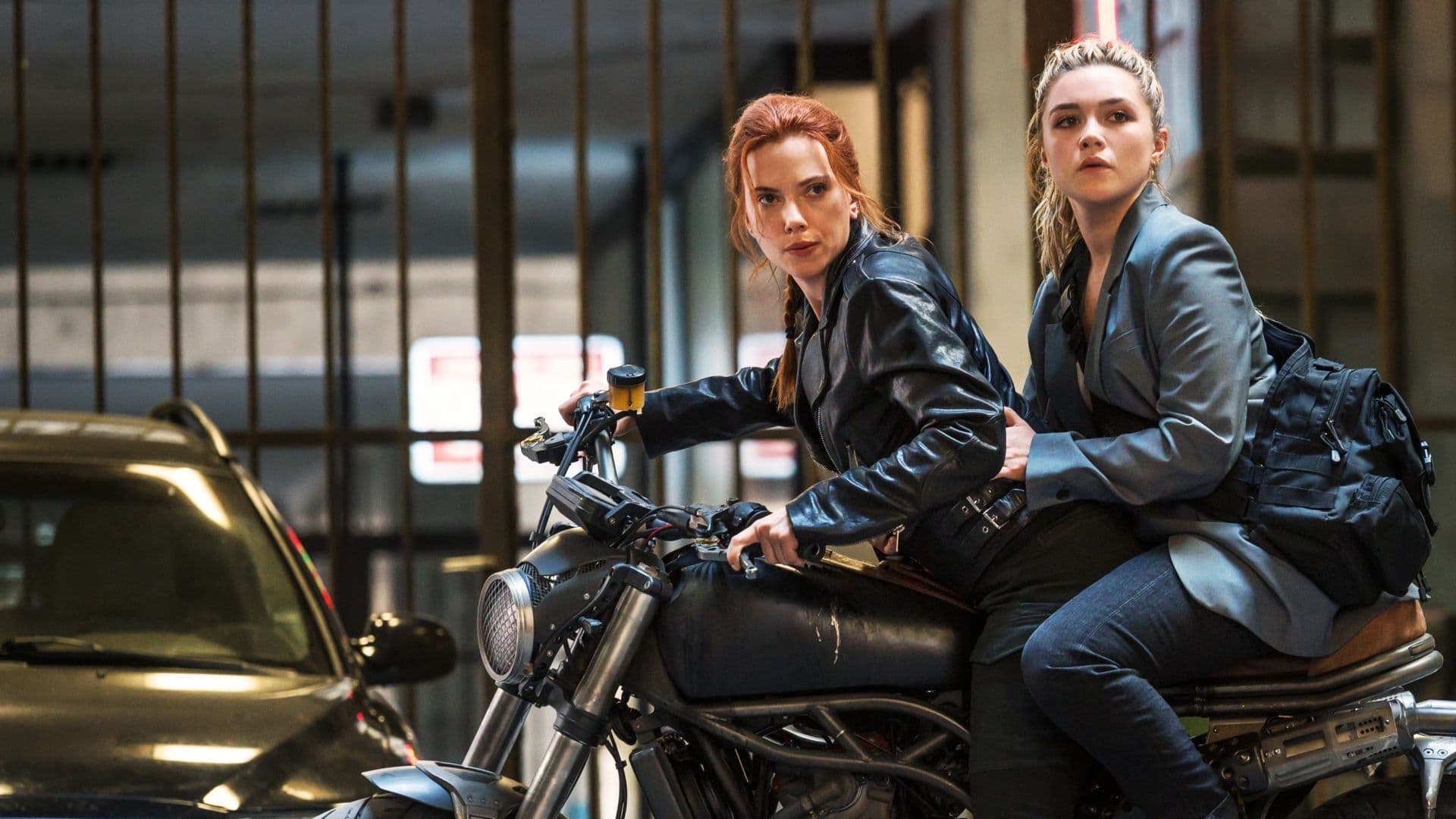 The character Task Master was woefully underutilized and felt like a complete waste. Olga Kurylenko was not given much to work with in the role, outside of staring blankly into space – and for the most of the movie, she was behind the Task Master mask.

The movie suffered from talking-villain syndrome. Dreykov spent too much time talking at the end of the film. I get why he was doing it – he wanted to prove himself to an Avenger, but still it was too much and should have been cut down a bit.

Dreykov was also underdeveloped. The character had a bit at the beginning and most of the rest was through reference by other character’s dialogue. He only shows up at the end of the film and by then, the character was so underdevelopered that he wasn’t even menacing.