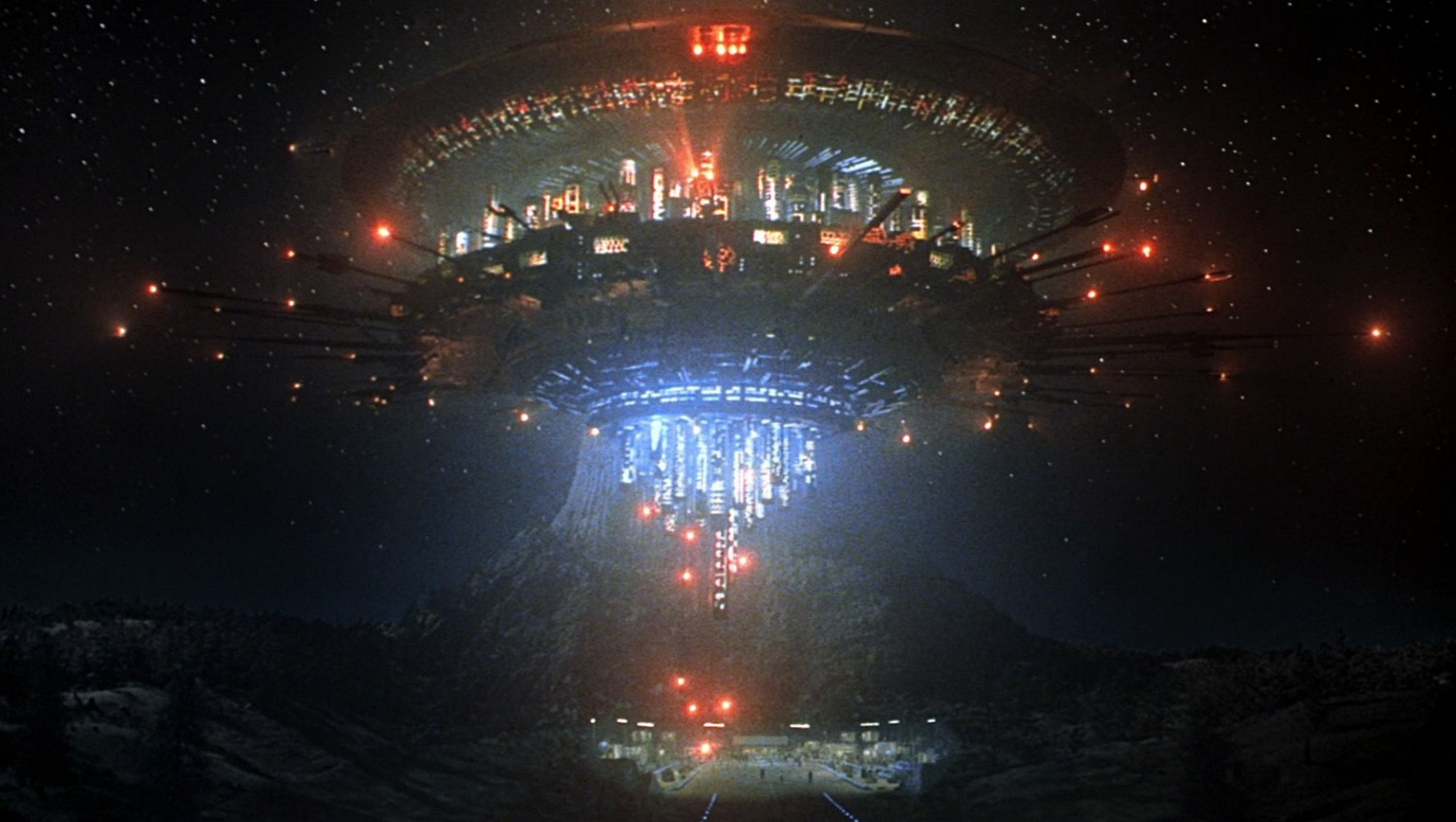 Close Encounters of the Third Kind is a wholly remarkable movie about extraterrestrial visitors. If you have not seen this film, you have to, it is worth every minute as this film is a masterpiece.

Close Encounters of the Third Kind follows a utilities worker, Roy (Richard Dreyfuss) who has an encounter with an UFO. After this encounter, he seems to be losing his mind, but slowly he figures out what is going on. The movie also follows two other storylines. One is with a mother (Melinda Dillon) of a child (Cary Guffey) who encounters the aliens also. The second follows a group of scientists and military who are investigating the extraterrestrials. This team is led by a Frenchman, Lacombe (Francois Truffaut). Eventually, all three storylines intersect.

What I love about this film is that the extraterrestrials portrayed are mostly benign and do not want to destroy Earth and its inhabitants. Yes, when aliens come and attack Earth it is more exciting (looking at you Independence Day). But, when aliens come to Earth and don’t attack, it allows for something completely different: A sense of wonder – and Spielberg has imbued this film with a great sense of wonder, especially at the end when the aliens finally make contact.

While the film is a masterpiece in filmmaking, I do have some quibbles with it:

Quibbles aside, I will reiterate that this is a film to be experienced. It is one of Spielberg’s best films.