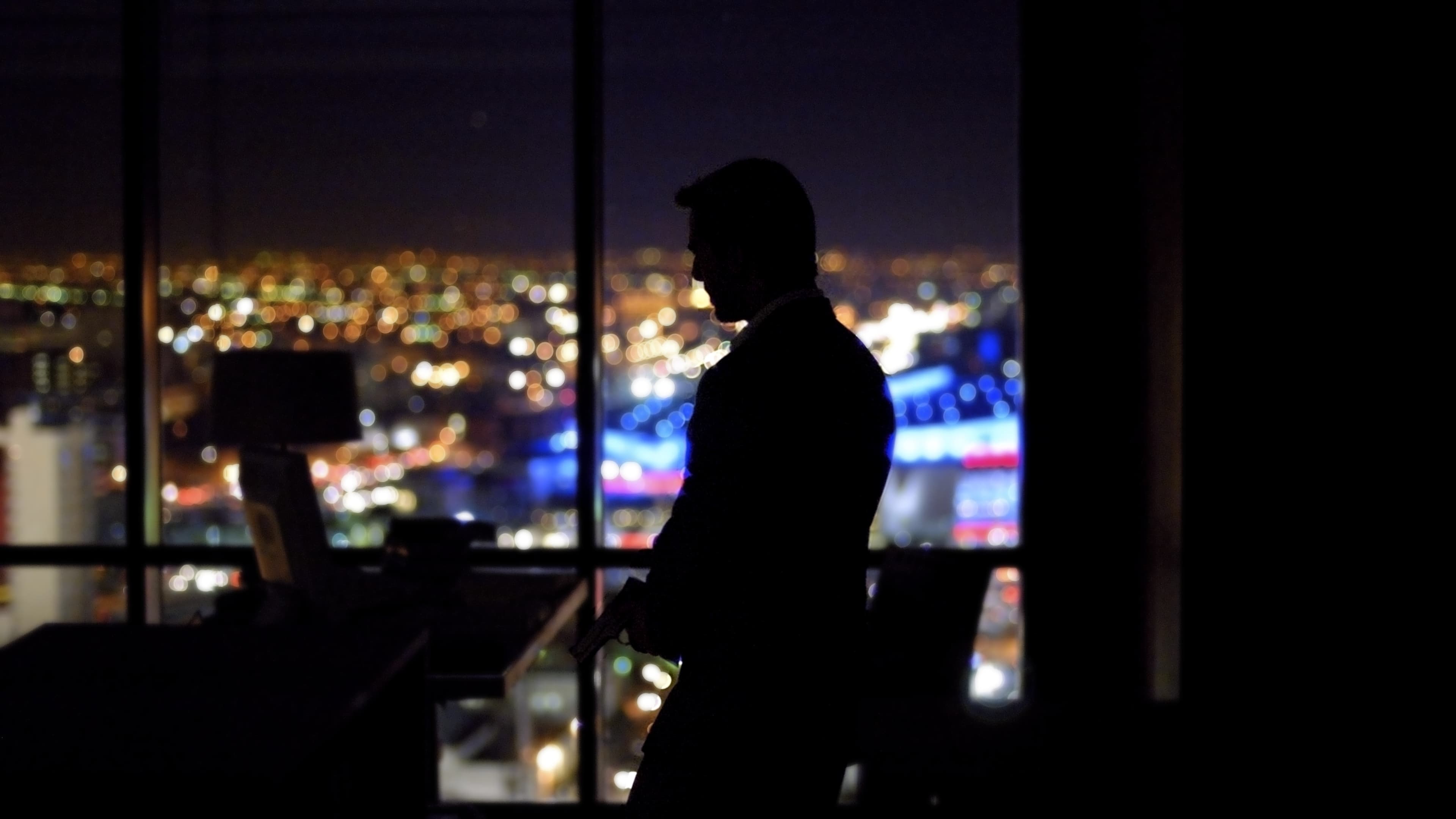 Michael Mann is one of the directors whose work I find fascinating. The pinnacle of his directorial work is Heat. But, the film of his that I find most rewatchable is Collateral.

Max (Jamie Foxx) is a LA cabbie who has dreams but no ambition. He has been driving a cab for 12 years and waxes poetically about starting his own limo company. He picks up a charismatic fare named Vincent (Tom Cruise) who is so cool and confident that he walks around at night with sunglasses on and makes it work. Vincent offers Max $700 to drive him to five stops and then to LAX. Max unwittingly accepts the offer and is drawn into a situation that eventually involves the LAPD and FBI.

Collateral is an engrossing movie not because of a deep storyline but because of three things. First are the characters of Max and most especially Vincent – and their interactions with each other as they serve as foils for each other. Through the course of the movie, they start to influence each other and by the end of the movie, the changes that Max goes through are quite pronounced. Second is Tom Cruise’s intensely focused performance combined with the third thing, which is the direction by Michael Mann.

The casting of Cruise into the role of Vincent is brilliant and plays directly against what he has been playing for most of his career: The good guy. He is terrifying in Collateral because he is able mix a dash of the usual Cruise charm with a character that is an unapologetic, apathetic and psychopathic killer. Vincent monologues that killing “bad people” and almost sells it as the right thing to do when Cruise turns on the Cruise charisma. Everything that Vincent does in the movie is about power and control, it is very clear that Tom Cruise is committed to showing how evil Vincent is.

Cruise brings a fierce precision to the stunts that he performs. There is a short scene in the middle of the movie that takes place in a back alley where Vincent confronts a group of druggies (“Yo, homies."). The brutality of the moment is so jarring that it left me stunned. Michael Mann’s pension for using the actual ferocious sound of gunfire means that all the action sequences are visual and aural assaults on the audience’s senses.

The film, a word used lightly as Collateral was shot digitally, has a very specific look to it. There’s a slight green tinge to the look, which I am not sure if it was intentional or not. While I understand the technical need to shoot digitally – digital allowed Mann to capture more light because the movie takes place at night — I am not a fan of the look of the movie. I do wonder what Collateral would look like if it were shot with today’s digital cameras instead of the early digital cameras of 2004.

What I do love about the look of Collateral was how Mann shot LA. He shoots LA as a gritty place and in many scenes, he uses the lights of LA to create some stunning backgrounds. Having characters dark against the twinkling and colorful lights of the LA skyline was unimaginably beautiful.

Collateral is not perfect though, the film falls apart and loses control of the narrative as it careens towards the end. Which is unfortunate because the start and middle portion of the movie is brilliant.

I highly recommend Collateral – if only to see Tom Cruise’s performance as pure unhinged evil.

“What the fuck are you still doing driving a cab?”