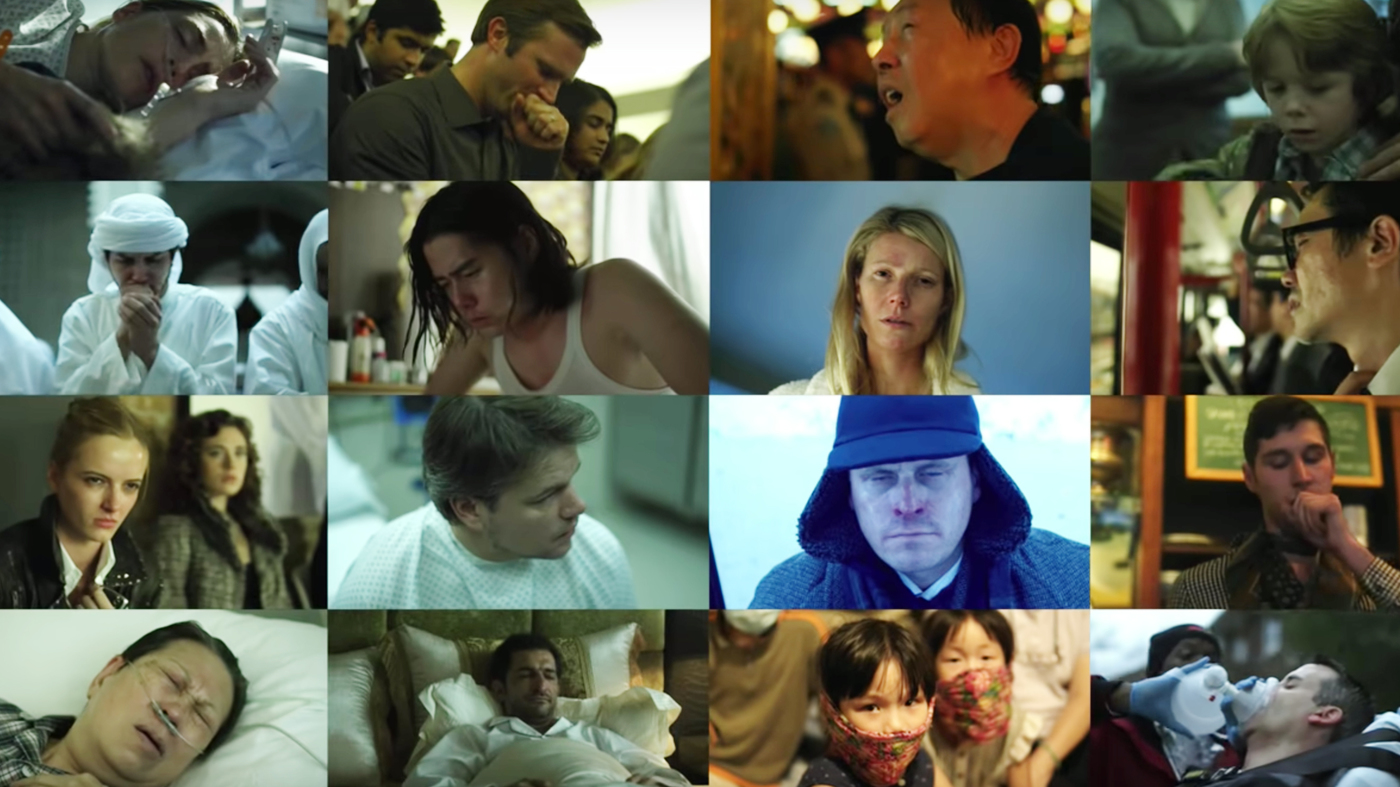 Contagion is a scary look at a pandemic and how it spreads, I enjoyed the film for the most part except for two things that came close to ruining it.

We start Contagion on day two of pandemic. We see a semi-sick Beth (Gwyneth Paltrow) who is returning home from her business trip. As the movie starts to pick up pace, and it does pick up pace quickly, we see the disease start to spread throughout the world. We have different characters that explore different parts of the pandemic, they include: Matt Damon as Beth’s husband; Laurence Fishburne as the head of CDC; Kate Winslet as a CDC doctor; Marion Cotillard as a WHO investigator; and Jude Law as a conspiracy theorist/blogger.

Did that last character make you think, “huh?” It should because every time Law’s character was onscreen it completely distracted from the rest of the movie. Law’s character, Alan Krumwiede and his story do not really fit in with the main plot of the movie. Worse yet, writer Scott Z Burns and Steven Soderbergh give him more screen time than he deserves. The only reason I can see for the character is to serve as the mouthpiece of Burns (and maybe Soderbergh). The character’s purpose seems to be to bad mouth big pharma for his own gains – something that is repeated in Burns and Soderbergh’s later collaboration, Side Effects.

The second thing that was quite distracting in the film was Cliff Martinez’s score. It really did not mesh well with the film and at times completely pulled me out of the story. This is surprising because I enjoyed Martinez’s pervious works, like the score he did for Solaris.

I am glad that the movie dealt with a worldwide pandemic without having to fall on the use of zombies. The movie deals quite smartly with what happens with a pandemic, how people reaction, how the world and nations react and how the pandemic would eventually be contained – and it shows some of the aftermath.

Contagion is worth a watch, just don’t expect much from Jude Law’s character nor Martinez’s score. Oh, and stop touching your face.

Marion Cotillard’s WHO character served a purpose in the film: To help show the audience how the disease started on day one and how it progressed around the world. That was the core of her character. The problem I had was that writer, Burns grafted on a story where she is kidnapped and held in a Chinese village. The reasoning behind this is so that the movie could show the disparity between how the Western world and Eastern world are treated. The problem I have with this is that the kidnapping plot happens, then is put away for a long time in the movie. There’s not much developed with it. I don’t know if I would have a better way of showing the disparity, but I don’t think this was the best way of going on about it.

The affair that is briefly talked about in the film between Beth and some old flame in Chicago felt a bit under-developed and grafted on also. I am not quite sure why they added it, other than to give that “dramatic” moment when Winslet’s character has to deal with Damon’s character.