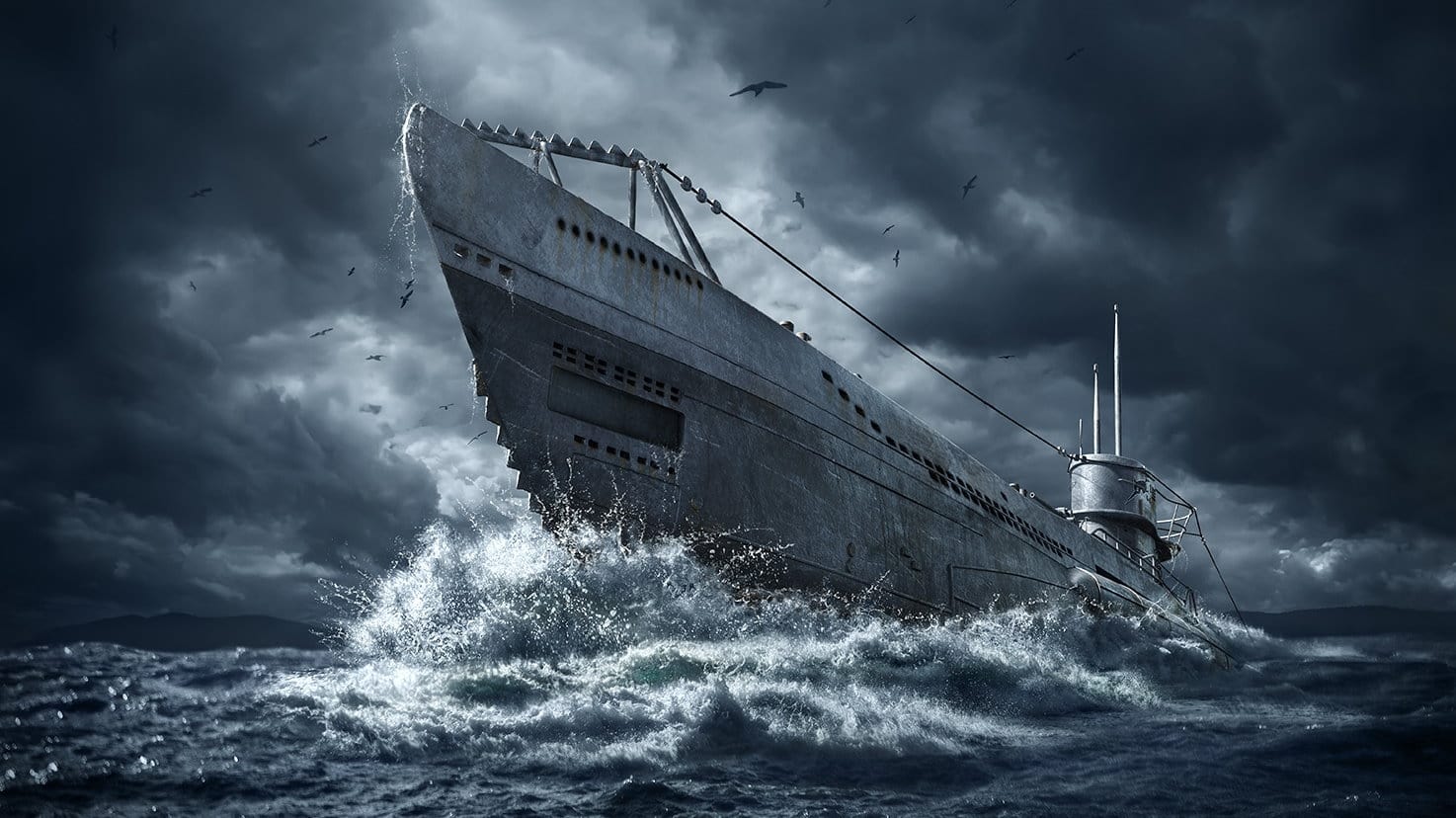 Many movies use a submarine to confine characters in order to propel the story forward, such as Crimson Tide and The Hunt for Red October. But, most of these films never use the actual life aboard a submarine as the story. Films like Crimson Tide have a story where the drama is onboard the submarine, but the stakes are much larger - in Crimson Tide it was about a nuclear attack and in The Hunt for Red October it was about a defecting skipper. Das Boot is a movie that shows us just how grueling life was aboard a U-boat in World War II.

Wolfgang Petersen made the brilliant Das Boot before he made In the Line of Fire, Outbreak, and Air Force One. His last three films are mediocre, all of them falling in the stock action films department. I enjoyed them all, but any director could have done them. I did not know Petersen’s full potential till I saw his first big hit, Das Boot.

Das Boot takes place aboard a German U-boat. This is where the film really shines. Because it’s a German U-boat in the middle of World War II, the audience is not about to cheer for the crew. We are left gripped by the story and their mission, instead of the hurrah of the “American Navy going out and kicking enemy butt.”

Das Boot follows a reporter (Herbert Grönemeyer) who goes on a tour of duty with a U-boat. The U-boat is captained by a man only known as Captain (Jürgen Prochnow). Though the captain is the eldest and strongest of all the men aboard the U-boat, he is only in his mid-thirties. He is serving on a boat full of young men, all of whom need strong leadership. The Captain is the source of that leadership. The Captain is not a real supporter of Hitler or the Nazis. He’s just doing his job. This is shown early on in the film.

Das Boot goes one step further; it shows us what life is like on a tin can like a U-boat. The U-boat is truly a tin can - its dimensions barely wider than a man with his arms outstretched and its height almost as tall as a man. Das Boot goes to show that a submariner’s life during a war is truly 90% sheer boredom and 10% pure terror. We experience life at the pace that the crew does - slow as molasses and repetitive, or quiet and sweat-filled as the boat lays dormant trying to avoid depth charges.

Petersen and cinematographer Jost Vacano chose an ingenious way of conveying the cramped conditions of a U-boat to the audience by shooting the whole movie from within a real replica of a U-boat. This meant shooting with a specially designed camera that could be used to follow crewmembers from one end of the U-boat to the other. This makes for a movie that looks and feels cramped.

There are moments in Das Boot that will make you sweat with the sailors. The attack on a convoy is one. After the attack, destroyers criss-cross the ocean above hunting the hunter. The terror from this moment comes not from what we see but from what we hear with bolts popping, slight creaking, the groaning of the boat, and the hum of a near silent engine. Another moment comes when the ship is sinking - again it’s the sound that conveys the terror, not the sights.

The version that I watched was the director’s cut of the film, which is nearly 60 minutes more than the original cut. This puts the running time at about three and a half hours. I have not seen the original cut, so I cannot tell you what the differences are. The sound in this version has also been digitally redone from the top down. And I congratulate the sound editing team for putting together a wonderful soundtrack to the film.

A few weeks ago, I saw Saving Private Ryan, which I thought was a great anti-war movie. Das Boot is of the same stature of Saving Private Ryan. It is a movie of both technical brilliance and of great storytelling. And in the end we are left wondering, why do humans fight wars? Don’t Miss Das Boot.

Das Boot is available on videocassette and DVD. The video cassette version is a subtitled version. The DVD version - which I viewed for this review - contains both English dubbed, Spanish dubbed, and a German soundtrack. The DVD version also has Spanish, French, and English subtitles.