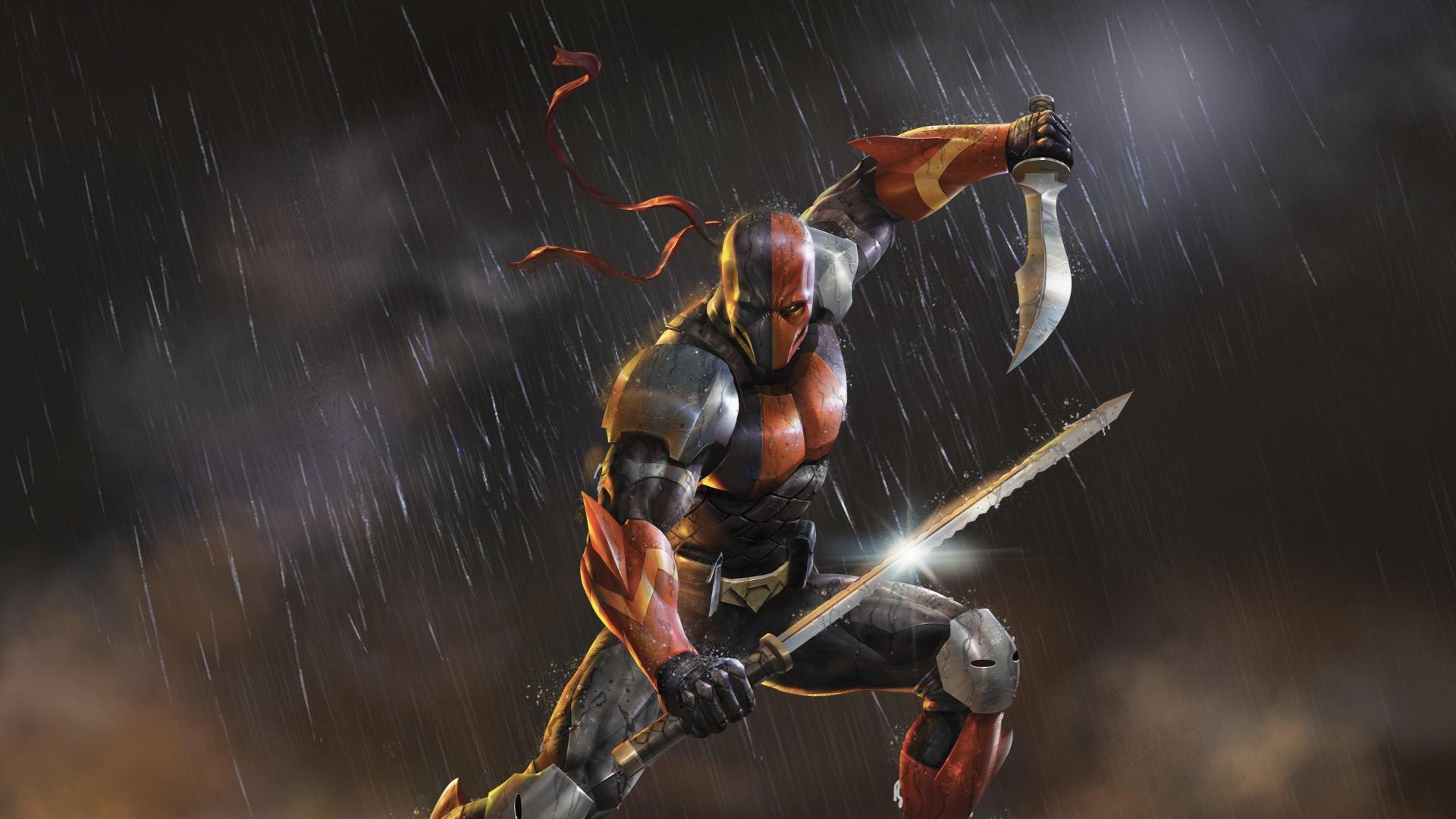 Deathstroke is an interesting character in the DC universe and I don’t think he gets enough attention. Of course, he should not be confused with the other colorfully dressed and masked mercenary that gets way more attention: Deadpool.

Years ago, an organization named The H.I.V.E. approaches mercenary Slade Wilson / Deathstroke (Michael Chiklis) about joining them. Their bargaining chip is Wilson’s son, Joseph, whom they have taken hostage. Years later, Deathstroke is still trying to atone for his past mistakes when a family member is taken hostage as a bargaining chip again. Deathstroke sets on a mission to save the family member and right the wrongs of his past. All the while dealing with his compartmentalized life – one side as Slade Wilson, the other as Deathstroke.

The plot for the film is quite serviceable, but where the film fails is in the execution fails. The film spends a lot of talking about what happened. I mean, there is a lot of talking. And then there is more talking. Then there is explaining. It goes on and on. The movie could do with less talking about what happened and more showing. On top of all of that, there are quite a few flashbacks used also. The art style is unique and especially liked the use of the dot print patterns throughout. The animation itself was weaker than the usual WB animation.

The movie is Rated R for “for strong bloody violence throughout, some language and brief sexuality/partial nudity.” But I feel that it was holding back and not pushing the limits of what it could have achieved with an R-rating. The filmmakers of Deathstroke Knights & Dragons could have taken some tips from the recent WB animated film Mortal Kombat Legends: Scorpion’s Revenge which went for broke with its R-rating and succeeded wildly at being an entertaining film. It is Deathstroke Knights & Dragons’ timidness about how far they could take the violence, language and nudity that held the movie back.

In the end, this movie was mediocre and somewhat entertaining. Deathstroke is a cool character and deserves a movie. This isn’t the movie that he deserves.