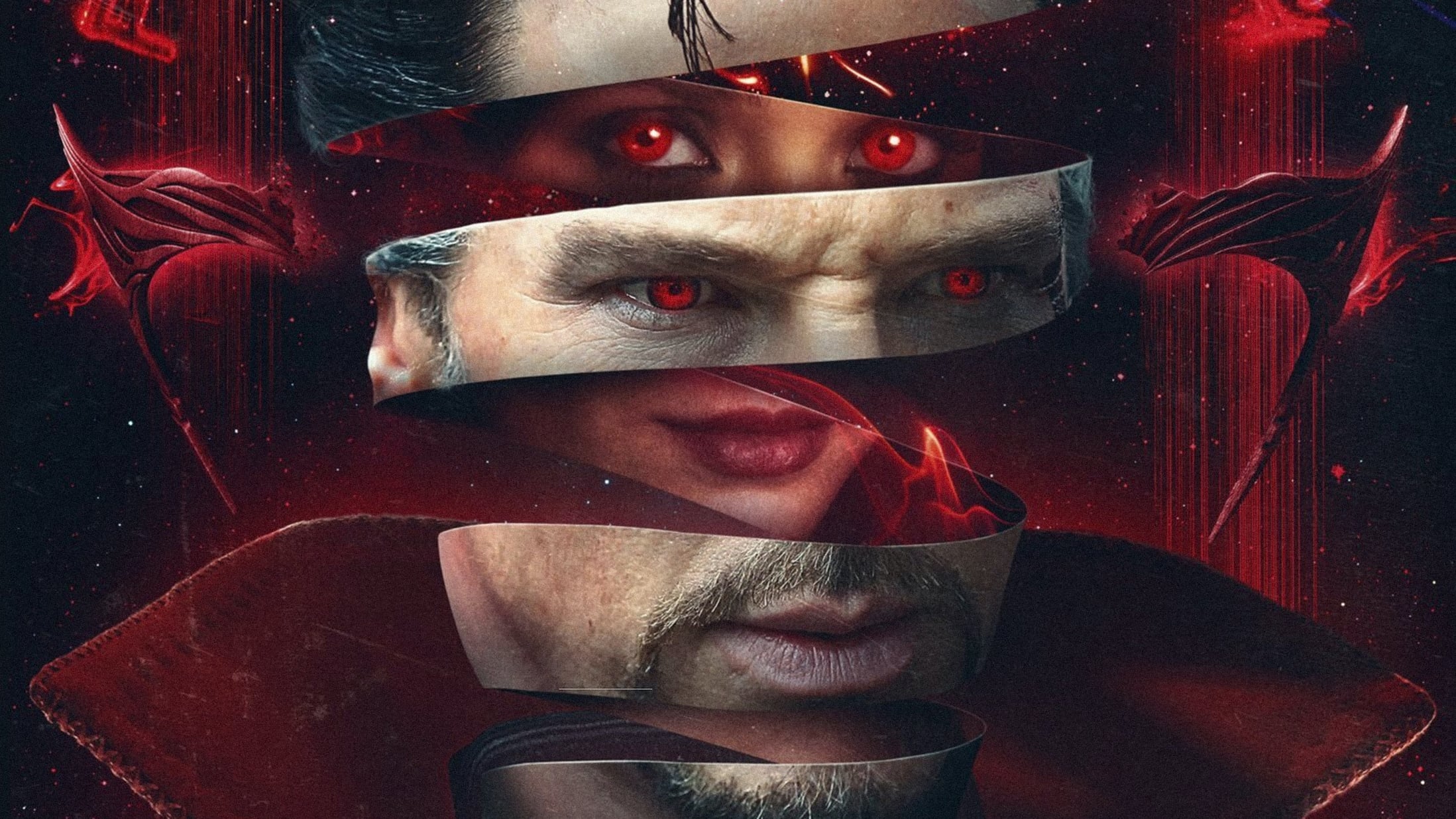 Marvel is really asking a lot out of its fans nowadays. It used to be that Marvel films that were standalone character features, what Doctor Strange in the Multiverse of Madness is supposed to be, were movies that any casual Marvel fan could come in, watch and be entertained without having to have a deep knowledge of everything that’s happened in the MCU.

Unfortunately, that is not the case with Multiverse of Madness because to fully enjoy or even understand much of Multiverse of Madness, Marvel is asking that the audience have spent almost six hours watching WandaVision on Disney+ first. Sure, the movie barely provides enough to fill in gaps, but it is so brief that anyone who has not seen WandaVision will be left without the emotion hook that drives the main storyline. The WandaVision show provides the full emotion background on Wanda’s motivations in this movie.

I am not going to write my standard synopsis for Multiverse of Madness as it will spoil things. A brief one-liner about what happens though: A young woman named America Chavez (Xochitl Gomez) shows up on Doctor Strange’s (Benedict Cumberbatch) doorstep and he must help her while figuring out the Multiverse.

The one thing that I did not expect from Multiverse of Madness was the humor. There were some sharp funny lines in this movie. And there is a particular hot dog vendor that was a cameo that I was delighted to see. The movie has cameos galore – more about that in the spoilers section – which were similarly delightful.

I am glad that Marvel is loosening up on its grip on the look and feel of MCU movies – Taika Waititi’s Thor: Ragnarok proved that MCU movies don’t all have to have a unified bland look by being so different than the standard MCU films in look and tone. Providing Sam Raimi with a blank canvas was a good move on Marvel’s part because Raimi has a singular vision about what Multiverse of Madness should look and feel like – and he achieves it by delivering a fantastic visual feast that I have never seen before. What Raimi has done is truly spectacular.

Worth mentioning is Danny Elfman’s score for the film which is as bold as the movie itself, though much like most MCU scores, it doesn’t develop strong memorable themes. Elfman’s score fits the images onscreen perfectly and gives emotions a lift. But, unfortunately after the movie ends, the score is a bit forgettable. There are trademark Elfman sounds throughout the score and that made it a joy to hear while the movie was running.

Doctor Strange in the Multiverse of Madness is unlike anything that Marvel has made and it is great to see that Marvel is finally pushing the boundaries with their movies and expanding them in scope, style and storytelling. This movie requires multiple viewings and a heavy time investment into the MCU to truly get the most out of it.

“Are you happy Stephen?” 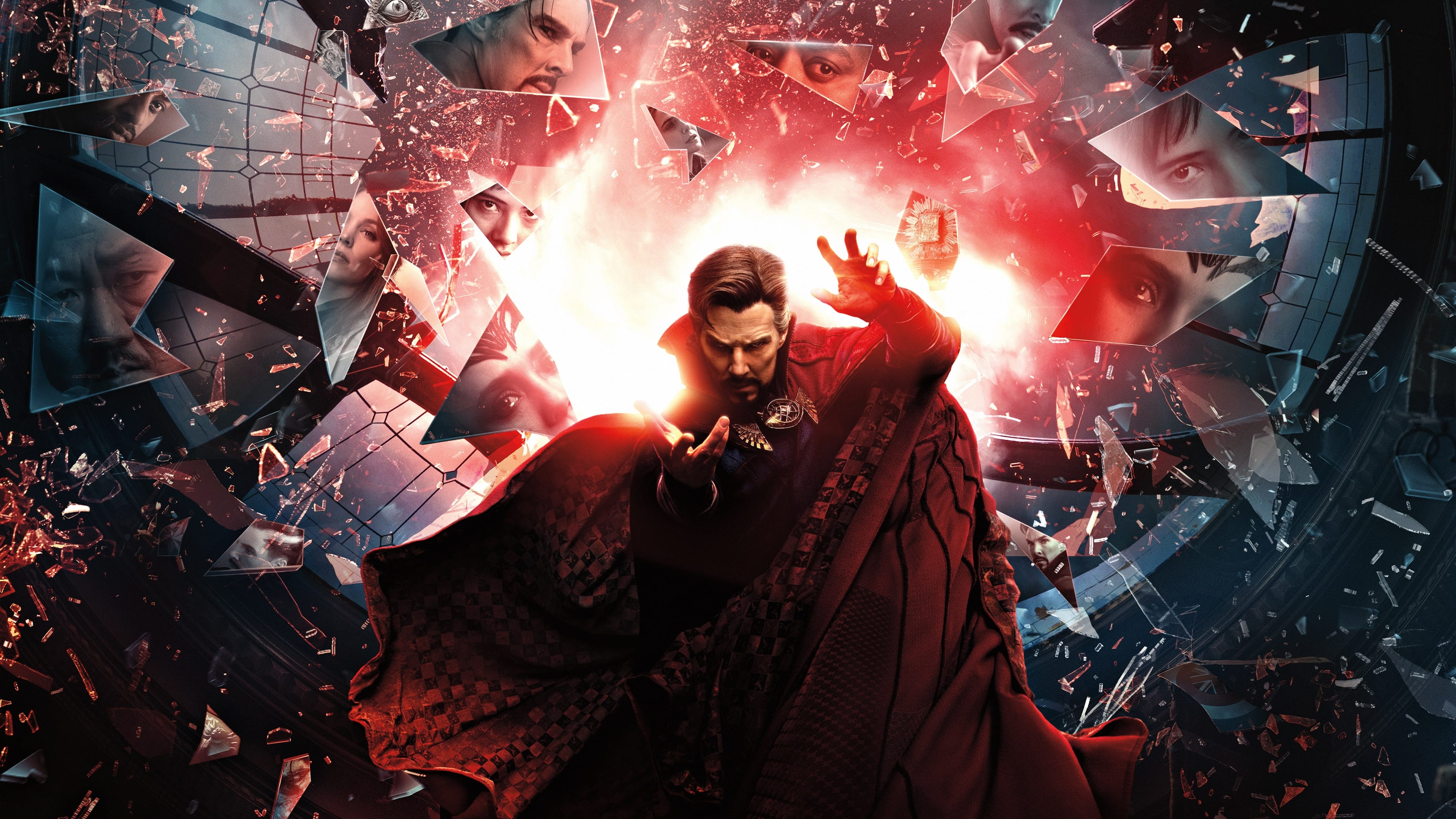 Doctor Strange in the Multiverse of Madness is the conclusion to the WandaVision series and ultimately gives what seems to be closure to the character of Wanda Maximoff.

There are a lot of things in the movie that would make little to no sense to people that have not seen WandaVision, especially the big emotional motivation for Wanda: Her boys. If people go from Endgame to Multiverse of Madness, they would have no idea why Wanda has two boys and why the boys are so important to her. They would have no idea about the Scarlett Witch and if she is bad or good.

It was great seeing Bruce Campbell, especially since I wasn’t expecting it. I should have expected it because of Sam Raimi being the director. Also, if you did not stay to the end of the credits – like I did on my first viewing – you should because Bruce Campbell’s bit at the very end is brilliant.

We need more of Peggy as The First Avenger. John Krasinski as Reid was a surprise and actually works. The introduction of Fantastic Four into the MCU is awesome as is with the inclusion of the InHumans by having Anson Mount revive his Black Bolt. And lastly, Patrick Stewart’s Professor X! Awesome! Fox Marvel stuff is being integrated finally!