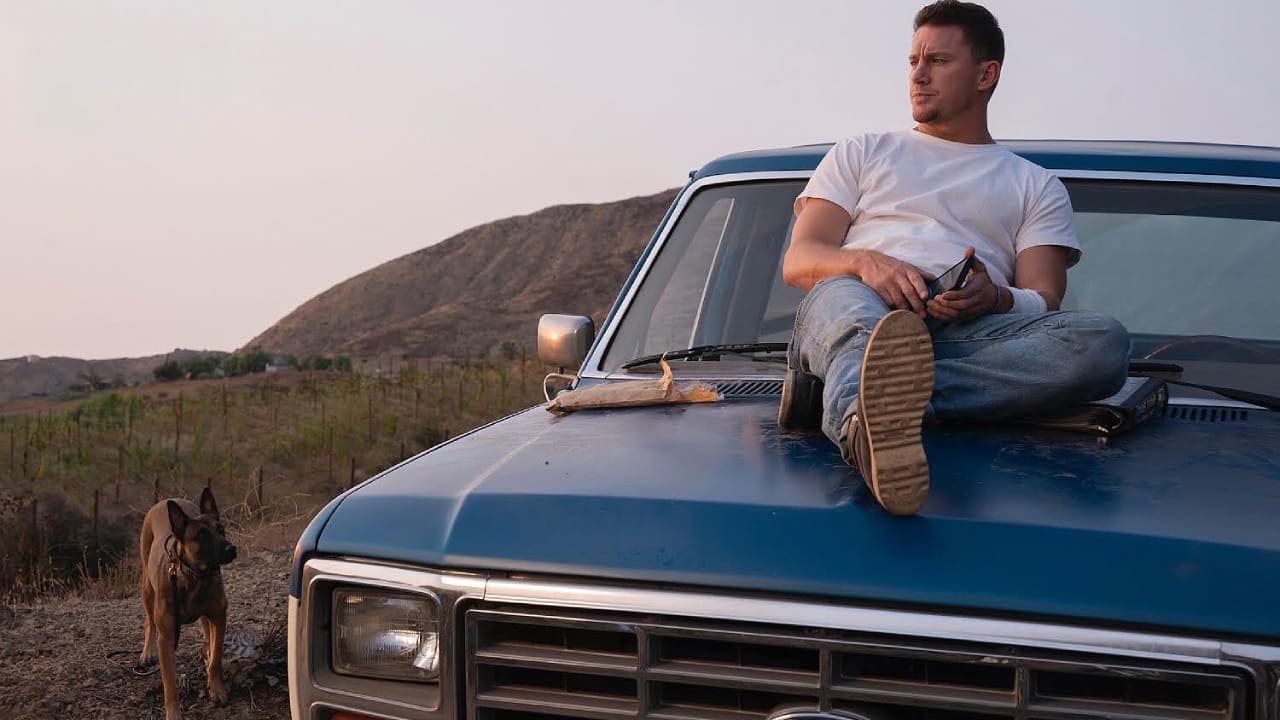 It seems that Channing Tatum leans hard into comedic roles like this year’s Lost City or action hero roles like White House Down, but I always felt that he has more acting range than he actively shows through his choice of roles.

Jackson Briggs (Channing Tatum) has been sidelined by the Army Rangers because of a traumatic brain injury he suffered while in the field. He works at a fast food restaurant biding his time to get back into the fight – the only thing holding him back from getting back into the field is a sign-off from his commanding officer (Luke Forbes).

His commanding officer is willing to sign-off if Briggs is able to escort a dog named Lulu from Washington state to Arizona. Lulu was a dog in Briggs team who’s owner died in a car crash. Briggs is asked to escort Lulu to the funeral, but Lulu will only travel by car because Lulu suffers from PTSD and most things trigger her. Briggs eagerly agrees to escort Lulu and together the two set off on their road trip.

Along the way, they meet some colorful characters and have some interesting experiences while they bond with each other. While the movie’s focus is Briggs and Lulu, it is these characters that they meet that make the movie memorable.

The couple in the forest were super interesting as were the two women in Oregon. The most impactful character is Ethan Suplee’s Noah who brings the need for support and mental health to the forefront. Suplee adds dimension to his character’s short time onscreen and makes the character relatable almost instantly.

Channing Tatum is fantastic in the movie.

Dog is mostly successful at mixing drama with comedy. The movie is genuinely funny – there is a scene with Lulu and a water bottle that caught me off guard and was hilarious. The script by co-director Reid Carolin does seem skittish about getting deeper into some of the themes that it brings up – mostly it skirts around PTSD and instead of delving deeper, inserts an encounter with a colorful character instead.

Dog is not very subtle about the parallels between Brigg’s and Lulu’s experience in the field and the trauma that they both suffered. It uses a road trip to put the two together to bond and find their inner-peace. The ending of the film is no surprise, but it was a hell of a journey getting there and that is what makes this a touching film.

Sometimes you just have to stop fighting.