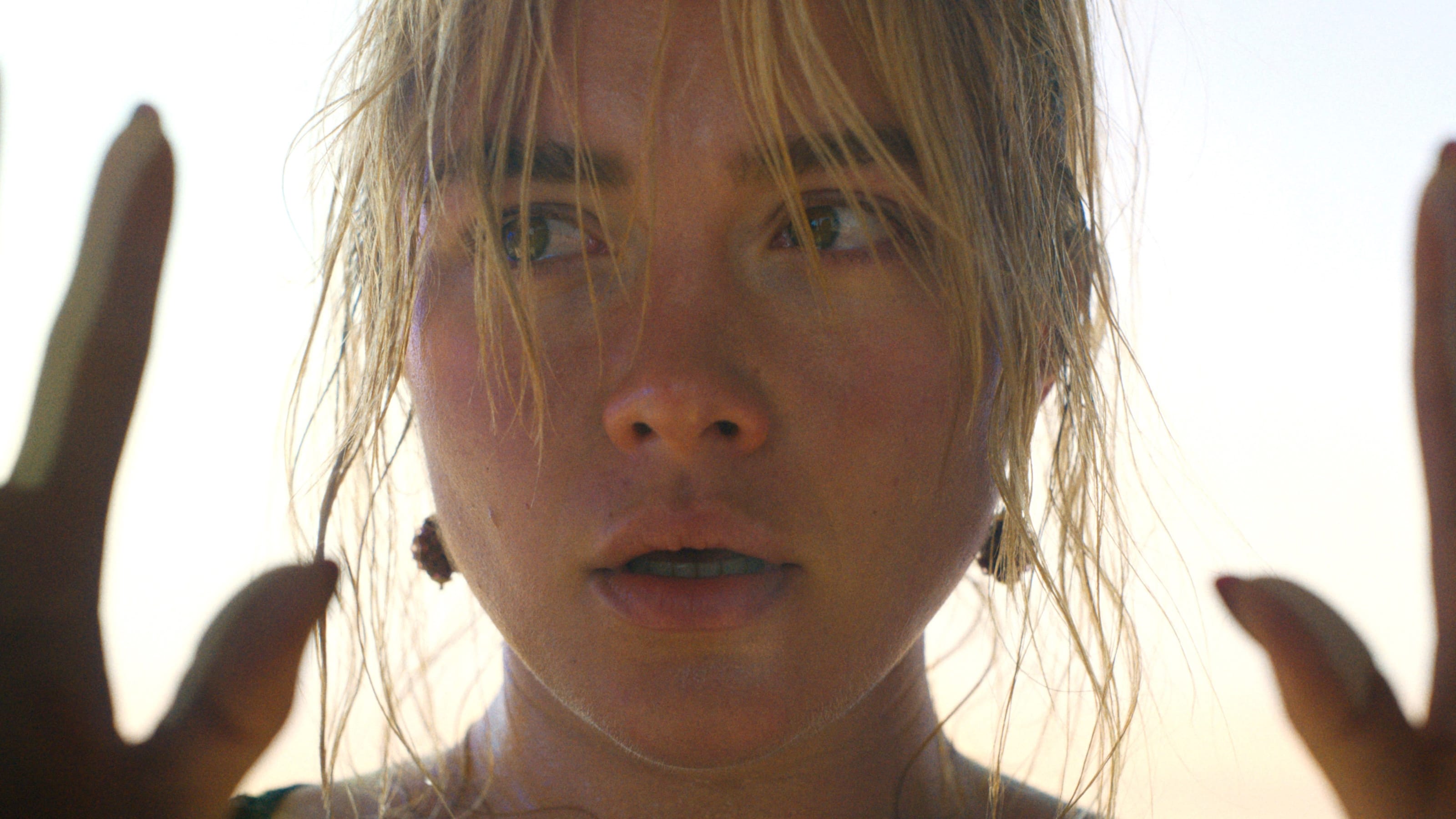 It’s hard to discuss Don’t Worry Darling without talking about the drama that happened behind the scenes. But, it’s not that hard, so I won’t.

Alice (Florence Pugh) and her husband, Jack (Harry Styles) are a married couple who live in a strange 50’s era neighborhood in the middle of nowhere. Jack works for the Victory Corporation which does experiments in the desert that no one really knows anything about or talks about. Victory also runs the community that houses all the Victory families. The seemingly benevolent leader of Victory is Frank (Chris Pine) who the community seems to worship – his picture is almost omnipresent along with his voice that plays over the radios. Nothing feels normal and slowly Alice starts to almost wake from the dream she’s in.

The look, set design, costumes and production design of Don’t Worry Darling are immaculate and the editing of the movie is crisp. The movie does a great job through the use of visuals, situation and music to create a truly strange out-of-time, bizarre and unsettling feeling throughout. The score by John Powell fits the film perfectly and is quite disturbing – though it overuses altered voices. Unfortunately, while the movie is technically well put together, the movie as a whole is more slick than substantial.

Florence Pugh is a true movie star who is able to elevate this movie beyond. She is able to make her character’s plight relatable to the audience. Harry Styles is, well, serviceable in the movie, doing exactly what is needed of him and not much more – though there was one thing that he went above and beyond with and that a bizarre dance he does which was something truly strange. Chris Pine is suitably menacing in the movie.

Don’t Worry Darling is the perfect example of a movie that shows all its best bits in its trailer. If you’ve seen the trailer, you’ve seen the most visually innovative parts of the movie – the two that stick out for me are the empty eggs and the window cleaning sequence.

One thing that drags Don’t Worry Darling down is that it takes too long to get to the reveal. By the time the reveal happens, it felt rushed and didn’t feel like it truly fit the movie. The movie spends so much time in minute detail showing us the world that Alice and Jack live in, but when the reveal comes, it almost glosses over it – I was left with a lot of questions about the how, why and what of the reveal.

The showdown between Frank and Alice was great – but it was so late in the film that the movie couldn’t do anything with it. I would have loved to seen a movie made with just that whole plot: Frank vs Alice and Alice trying to free the women from their virtual imprisonment.

What was up with plane crash? Why was Jack promoted in the simulation? How does that affect him in real life? What was with Frank’s wife at the end? What is her plan and what is she going to do? Is it setting up for a sequel? I hope not.