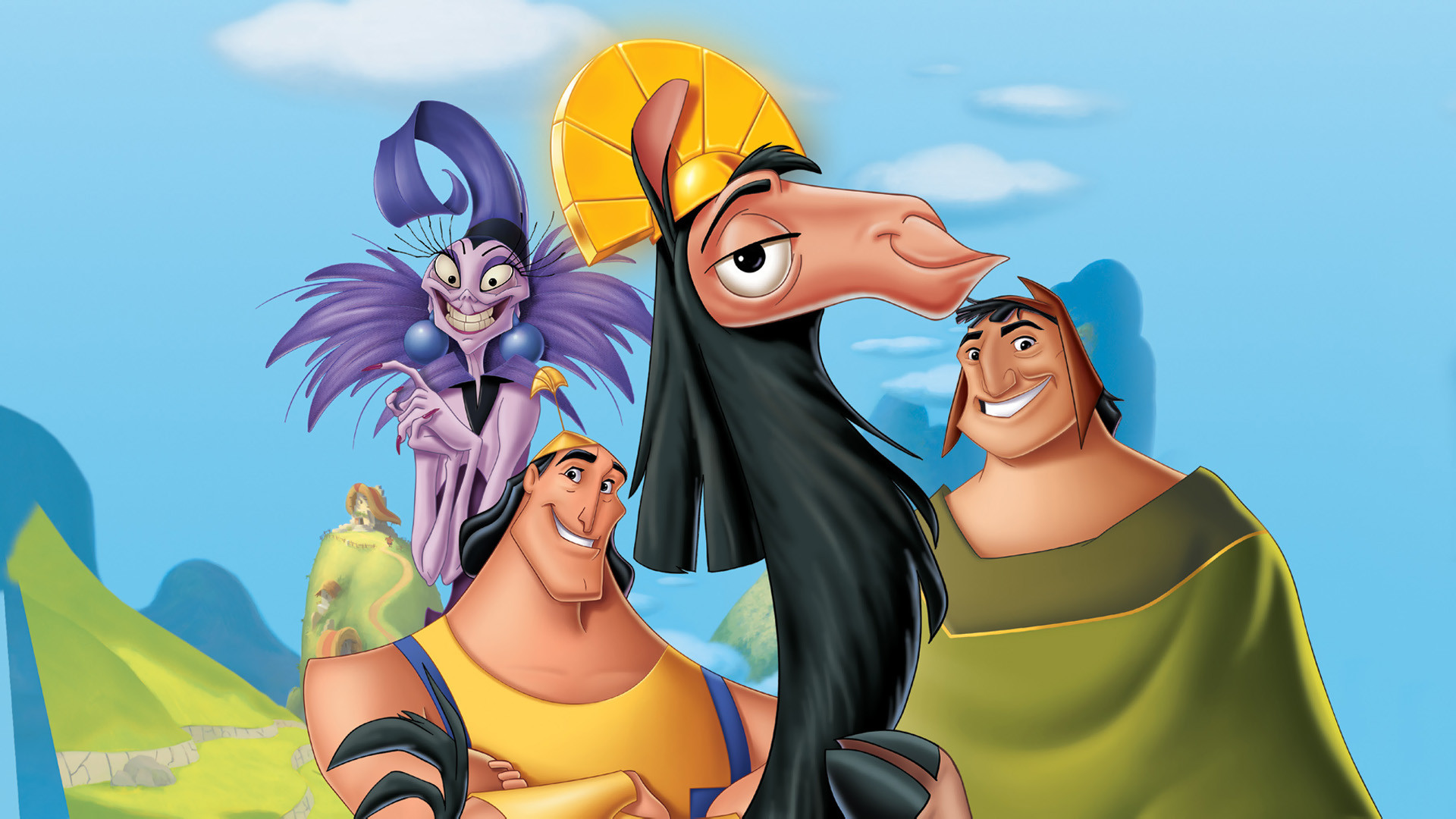 I have seen a lot of Disney animated films, but never one quite like The Emperor’s New Groove.

Emperor Kuzco (David Spade) is the self-centered, egotistical leader of an unnamed South American country. After a series of (unfortunate) events, he is turned into a llama by his advisor, Yzma (Eartha Kitt) and her right hand man, Kronk (Patrick Warburton). Kuzco is forced to rely on a gentle llama herder, Pacha (John Goodman) to help him get him out of this sticky situation.

The story for The Emperor’s New Groove is not much, but that is completely fine with me. What drives this movie and makes it so entertaining is the outrageous comedy. The comedy comes from some hilarious slapstick action and also brilliant voice acting from the cast. The art in the film is also captivating. It is not the best animation, but it is done with a style that perfectly matches the hijinks.

The Emperor’s New Groove is the kind of movie that Disney did not make before it, nor has Disney made anything like this after. And that is unfortunate.

This is an interesting article about how The Emperor’s New Grove came together and almost did not come to be.

The Emperor’s New Groove is the kind of movie that I can watch over and over again without getting tired of it. It is the kind of film that makes even the worst days a tiny bit better. I highly recommend seeing this movie.