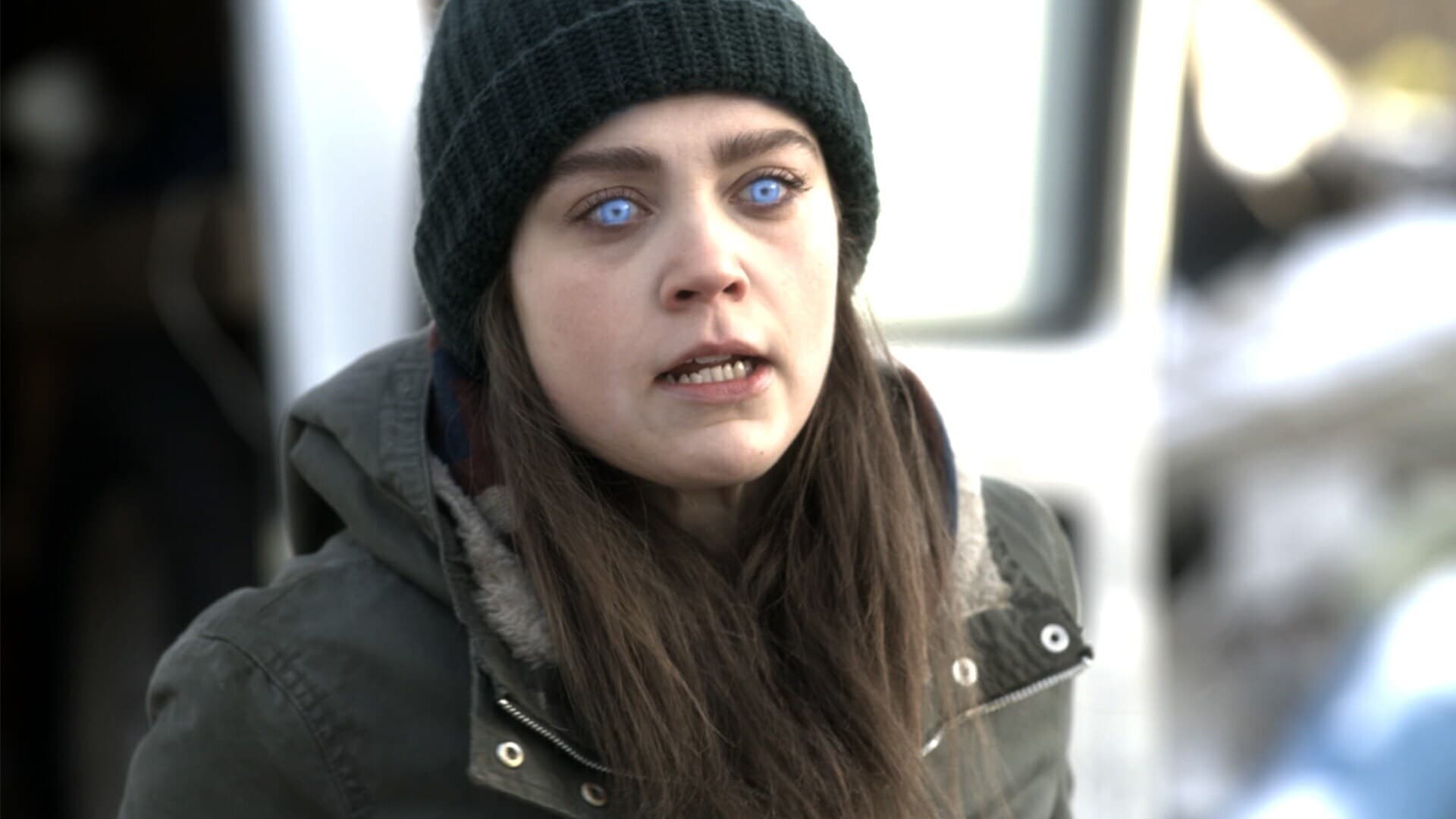 Dude just wants to get home, but there are all these people trying to stop him.

Enhanced is about mutants that have escaped into society. These mutants were man-made and very dangerous, or at least that is what the Evil Government Agency (tm) named Syse wants its agents to believe as Syse sends these agents out to hunt down the mutants. The mutants are classified as Alpha, Bravo, Charlie and Delta based on their power levels, there are apparently no Alphas (ahem, Chekhov’s Gun). The Syse agents are led by Captain Williams (Adrian Holmes). In the field for Syse are George (George Tchortov) and Scott (Eric Hicks). The movie focuses on a mutant named Anna (Alanna Bale), but there is also a mutant of interest named David (Chris Mark).

First, the good things about the movie. Alanna Bale is pretty good in the film and believable in her part – she anchors the film with a decent performance. Enhanced is competent on a technical level and there is a certain level of good craftsmanship about the look of the film.

The list of not-so great things about the film is long. The pacing of the film is glacial, making this 99-minute movie feel like it was over two hours long. The script throws in some clichés and quite a lot of self-serious and unintentionally hilarious terrible dialogue. There is a clichéd “unlikely partners” scenario that happens too fast between George and Anna. Some examples of terrible dialogue include:

“We have a clusterfuck on hand and I need you mission ready!”

“You only exist to die.”

Captain Williams is the Dwayne T. Robinson of Enhanced, except he’s not as funny. Chris Mark has as much onscreen charisma as a rock, while I understand why he might have approached the role like such, it just was not engaging to watch a wooden performance like his.

The plot holes and leaps of logic in Enhanced are many, more on that in the Spoilers section.

I did make it through the whole film, mainly out of curiosity to how they were going to wrap up this movie. And when the movie cut to black, I was highly disappointed by the ending as it basically nullifies everything that happened in the previous 90-plus minutes of the film. I do not recommend Enhanced. 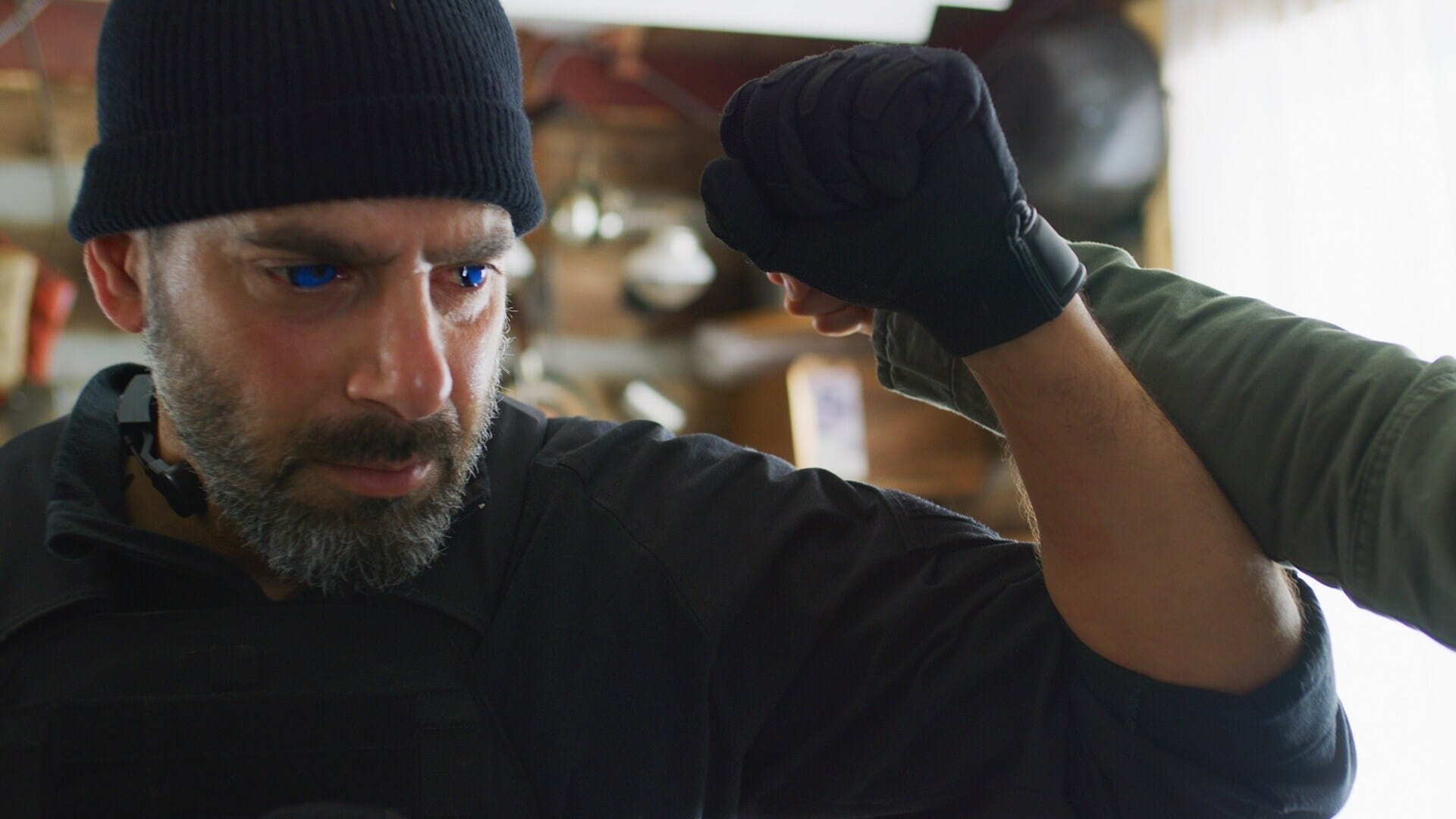 Syse agents are some of the dumbest agents ever. When tailing a suspect, they follow with less than a cars length between themselves and the subject. When following while on foot, the subject could almost feel the agent breathing on them because they are so blatantly close.

What is the purpose of the puny shields on the forearms other than to try to allow the actors to (hilariously) take a stances as if they were Spartans in the movie 300?

The agents carry flares instead of flashlights, why?

Why would David make a deal with George to let Anna go in order to acquire the location of the other subjects? David needs to recover all the energy in order to go home so he will eventually need to track down Anna again. This makes no sense.

Why does Anna blame David for her pain when she exclaims, “Because of you, pain is all I’ve ever known.” That’s not true, it’s the Syse people that caused the pain to her when they infused her with David’s DNA or energy or whatever. David had nothing to do with the pain she’s been suffering all her life. It is even unfair for her to blame David because he’s the ultimate victim because Syse trapped him here in our quantum realm – and eventually, he dies trying to get home. Have some pity for the guy.

The ending where David shows up again is a slap in the face for the audience who just sat through 90 some odd minutes of this movie.

I really would love to see this movie done from the tragic perspective of David and his sad journey to try to return home.