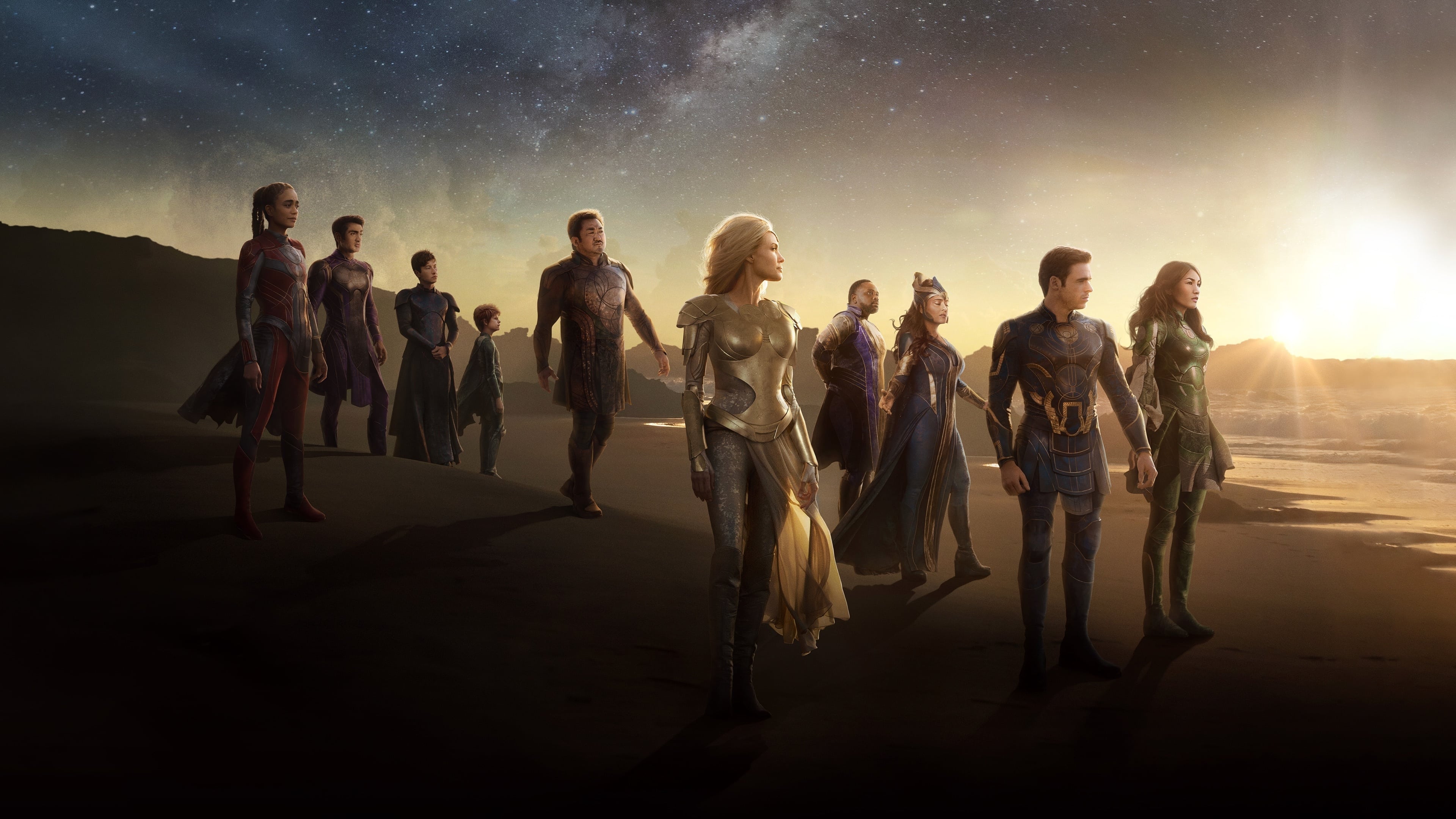 Do all Eternals travel in flying Dorito chips?

Avengers: Endgame should have been the end of the Marvel Cinematic Universe. Infinity War and Endgame served as the perfect denouement and climax to all the stories culminated from 11 years of storytelling in the MCU. But, Disney and Marvel could not leave well enough alone.

I admit, I have enjoyed most of what has followed (Spider-Man: Far From Home, Black Widow, Shang-Chi and the Legend of the Ten Rings, plus all of the Disney+ shows). But, all of these could easily be been seen as standalone entities without direct tie-ins with the MCU. Eternals feels wedged uncomfortably into the MCU and that is not even the worse part of the movie.

Eternals follows a group of beings known as Eternals. They were created by a Celestial named Arishem. They were sent to Earth to deal with monsters named Deviants. There is a lot of self-serious mythology that goes on in the film in the form of long info dumps, not much of it is important. The movie does eventually reach yet-another-world-ending event and it isn’t very exciting as I have become numb to all the world-ending events in MCU films.

The script tries to deal with Thanos and the events of the past, but it never feels right.

The two romantic leads, Sersi (Gemma Chan) and Ikaris (Richard Madden) have zero onscreen chemistry. The much talked about first sex scene in an MCU movie was like seeing two wooden boards rubbed together. This romance between the two should have been the through line for the film.

The film’s script hints at deeper themes, such as the greater good of the universe versus the rights of the few, but the script is not brave enough to deal with the themes. They are merely introduced and glossed over.

Speaking of gloss, the film does look great for the most part and is visually stunning in bits.

The cast of the film do fine, no one is particularly bad. One cast member stood out though and that is Ma Dong-seok as Gilgamesh. He adds so much charisma to the character and makes the character funny and endearing. Kumail Nanjiani gets close too with his portrayal of Kingo. Angelina Jolie was the only cast member that did not fit in well, she felt out of place every time she was onscreen – and her accent shifted throughout the movie, which was bizarre.

Watching Eternals feels like an eternity given its long two hours and 36 minute running time and tendency to stop and dump mythological info. I had a hard time sitting through the movie and only did so because I wanted to see what it added to this new phase of the MCU.