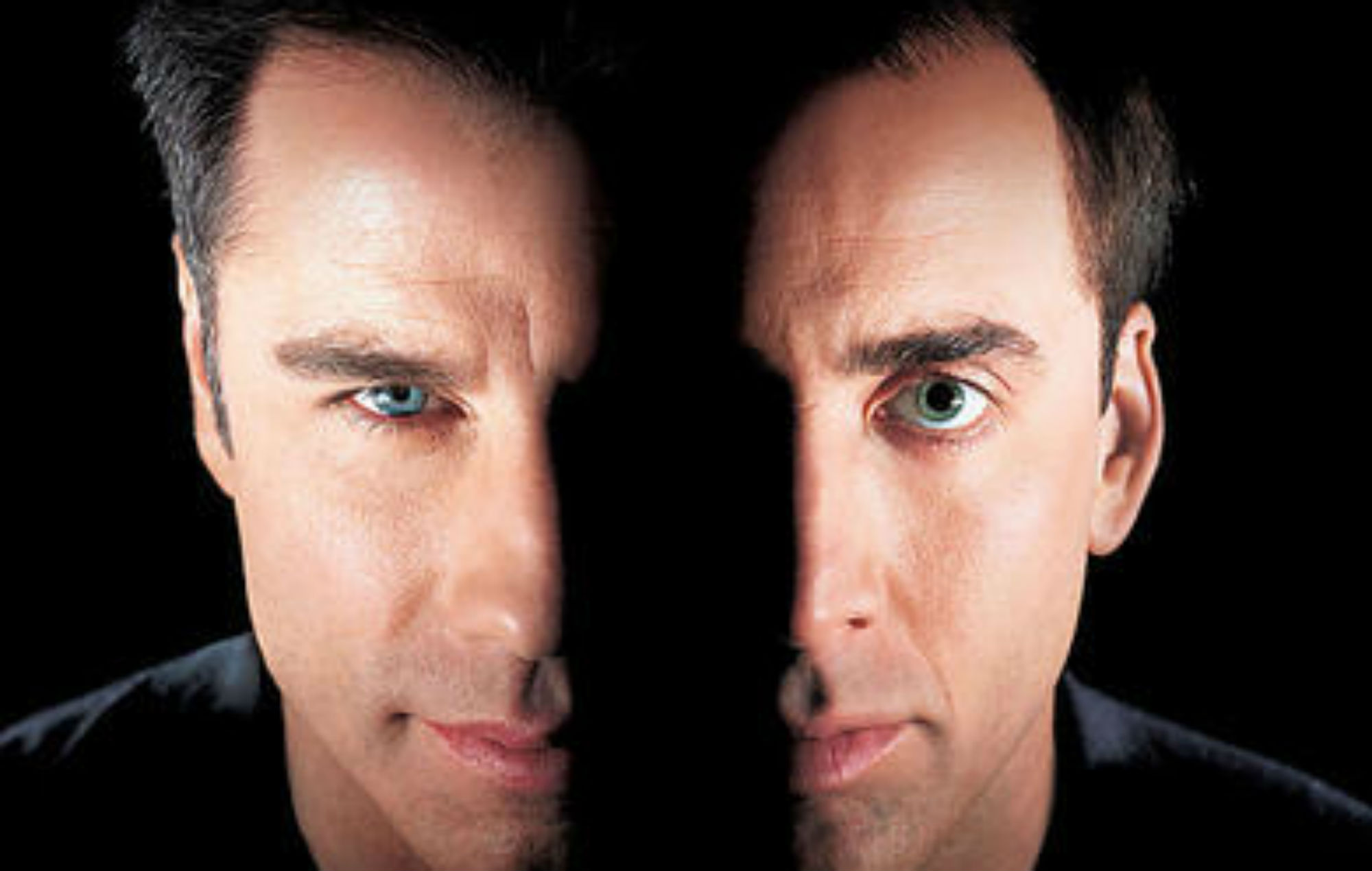 Face/Off is the one movie that John Woo made in America that best reflects the work that he did in Hong Kong. Everything that makes a John Woo movie is on full display in this movie and I really appreciate that. Looking at the list:

Whether it was intentional or not, Face/Off is a riot to watch. I have seen Face/Off multiple times since its release and the film never gets old. For the most part, it has aged well. A couple of quick observations about the film now that I have watched it almost a quarter decade later. To this day, I still wonder: Margaret Cho in an action movie? The boat sequence at the end of Face/Off is overindulgent and runs way too long. When watching in high definition on Blu-ray, the use of stuntmen is very apparently, to the point that it is laughable. It was as if they could not find stuntmen that looked anywhere near what John Travolta or Nicolas Cage look like.

I wrote a long review about the film when it was first released. My feelings for the film are the same, so I won’t rewrite it. Here’s my original review of Face/Off: 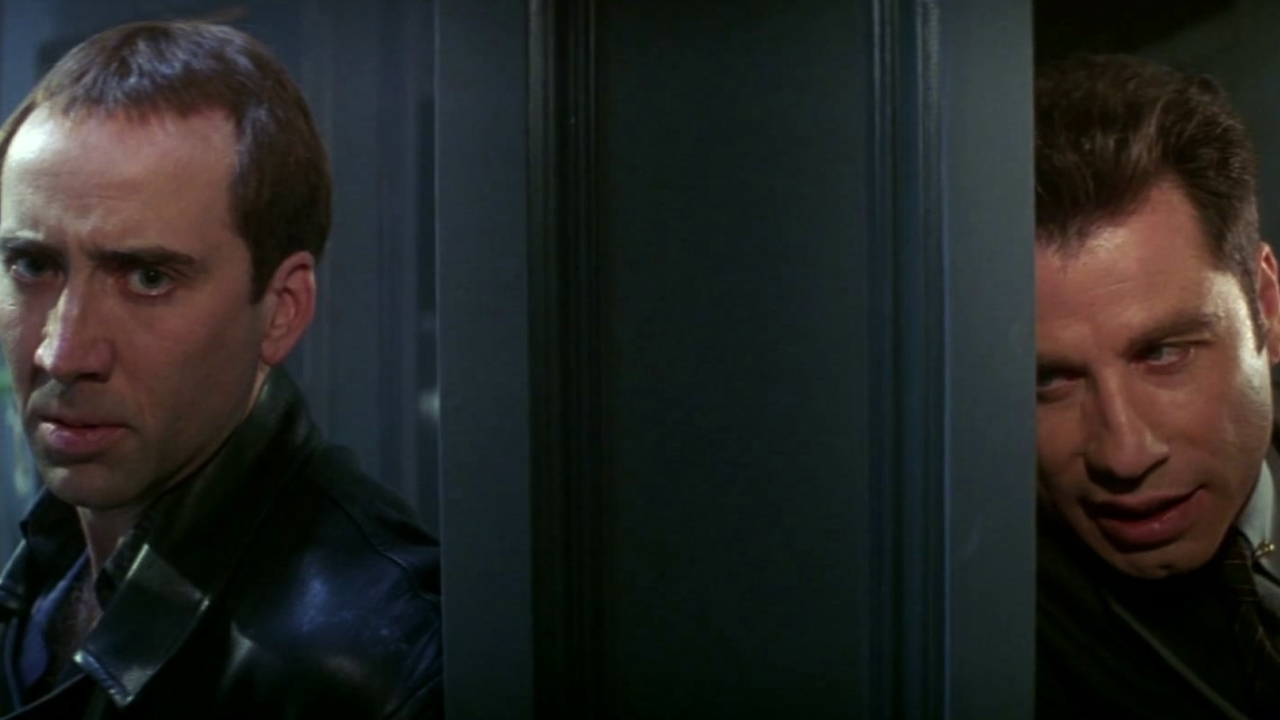 I’ve admired John Woo mainly for his two Hong Kong works Hard Boiled and The Killer. After I saw those two movies I was convinced that Woo was the ultimate action movie director. As much as I liked those films though, none of his American films have yet to spawn such admiration, that is until now. Hard Target was entertaining, but didn’t feel like it was an actual Woo movie. Broken Arrow was better than Hard Target, but it still did not have that Woo touch.

What is the Woo touch? In most action movies you’ll find an infallible unfeeling hero who is nothing but good. Then you’ll find his adversary, the evil bug-eyed crazed madman. A simple game of good versus bad, no in between, no real character development. And, for most summer movies goers, character development is not a strong point for the movie. But, as more summers roll around, the worst films have become in even creating some character development. The explanation for this is simple, not having character development can allow for two hours full of action. What Woo does is create a movie that is full of action but includes characters that are fully fleshed out. His films have characters that think, feel, and are not afraid to cry. The themes that he works with are still of good versus bad, but he takes that theme to a new level. The characters are labelled as good and bad, but it’s a matter of perception on who is good and who is bad.

The other thing that Woo does is choreographing action scenes like nothing else. Many try to copy his style, but none have achieved it. His action scenes are as most put it like a ballad. And are hard to describe unless they are seen. Face/Off is one of Woo’s most Hong Kong films yet. After the success of his last film, Broken Arrow, he must have got more creative control over Face/Off. Most noticeable is that the two characters, though tagged good and bad, are not what they seem. And a third of the way into the film, they truly are not who they seem.

Sean Archer (John Travolta) is a FBI agent that has been chasing a terrorist, Castor Troy (Nicolas Cage), for many years now. Archer is obsessed with catching Castor. This obsession stems from Castor accidentally killing Archer’s son. As Castor is leaving L.A. Archer gets his chance to capture him. But, instead of capturing Castor, in a large and violent gunfight, Castor is put into coma and his brother, Pollox, is put into prison. What Archer finds out is that Castor and Pollox have planted a large bomb somewhere in L.A., and it is ready to go off soon. Pollox is a paranoid delusional man and will not talk to anyone else about the location of the bomb but his brother. The only way to get Pollox to talk is to have Castor talk to him. Castor being in a deep coma is a problem though. The solution, this sounds strange, but works in the movie, is to take Castor’s face and plant in on Archer. Archer is unwilling to do it at first, but agrees to do it after some convincing. Archer takes Castor’s face and is altered to sound and look like Castor, and is sent into prison to try to fine out the location of the bomb from Pollox. While Archer is in jail talking to Pollox, Castor wakes up from his coma and wants a face. Obviously, Castor takes the only face that he can find, Archer’s. Castor kills everyone that knows about the plan to put Castor’s face on Archer.

This twist gives John Woo the freedom to explore the theme of good versus bad. Are you truly what you are inside? Or is it the looks? Or is it the reputation? And what can you get away with while looking like someone else, who is good or bad? This leads to both Archer and Castor to re-evaluate who they really are, and what they believe in. That’s a lot of drama for an action film, but it does not bog it down a bit.

Archer, with Castor’s face escapes prison and wants to put back together his life. It is hard for Archer, who has to deal with the people that he fought so hard against. He begins to see that the other side is not so bad at heart, and softens up a bit.

John Travolta gives a solid performance as both Archer and Castor. But, it is really Nicolas Cage who carries the film. Cage’s performance as Castor is, to say the least, maniacal. When he switches over to portraying Archer, he completely changes his performance and calms everything down. Travolta, though solid, does not give that feeling, throughout the movie, that he’s really someone else. His performance feels as if he were himself all the time. But there are times when Travolta just unleashes, and those are his stand out moments. The switching of faces also allows for both actors to poke fun at themselves, including Travolta, as Castor, saying to Pollox, “This nose, this hair, this ridiculous chin!”

Woo fills this film up with imagery that is very powerful. One that remains in my mind is that of Castor getting out of his car, and his coat blowing in the wind. Once you see it, you’ll be entranced by how powerful that one short sequence is. This imagery goes further into the action sequences. Woo uses quick cuts and odd camera angles to capture the action and the urgency. What Woo does not resort to, and what most new action directors over use, is the unnecessary camera jiggling and shaking. Woo captures all of the action in without having to use such a technique. This technique usually disorients and makes sick more than it does capture the feel of an action film. Woo is one of the last true directors that knows how to make a real action movie. So, if you’re sick of walking into another theatre dreading the feeling that you’ll just be treated to a loud and dumb action film, don’t do it. Go see Face/Off, which proves that an action film just doesn’t have to be loud and dumb, it can have a story and characters that you’ll care for. The violence is over the top, but is done so well that it is almost poetic. If this is the first film of John Woo’s that you’ve seen, you’ll find it amazing. If you’re recovering from his last two American outings, you’ll be glad to hear that this film is right on track with his Hong Kong films.