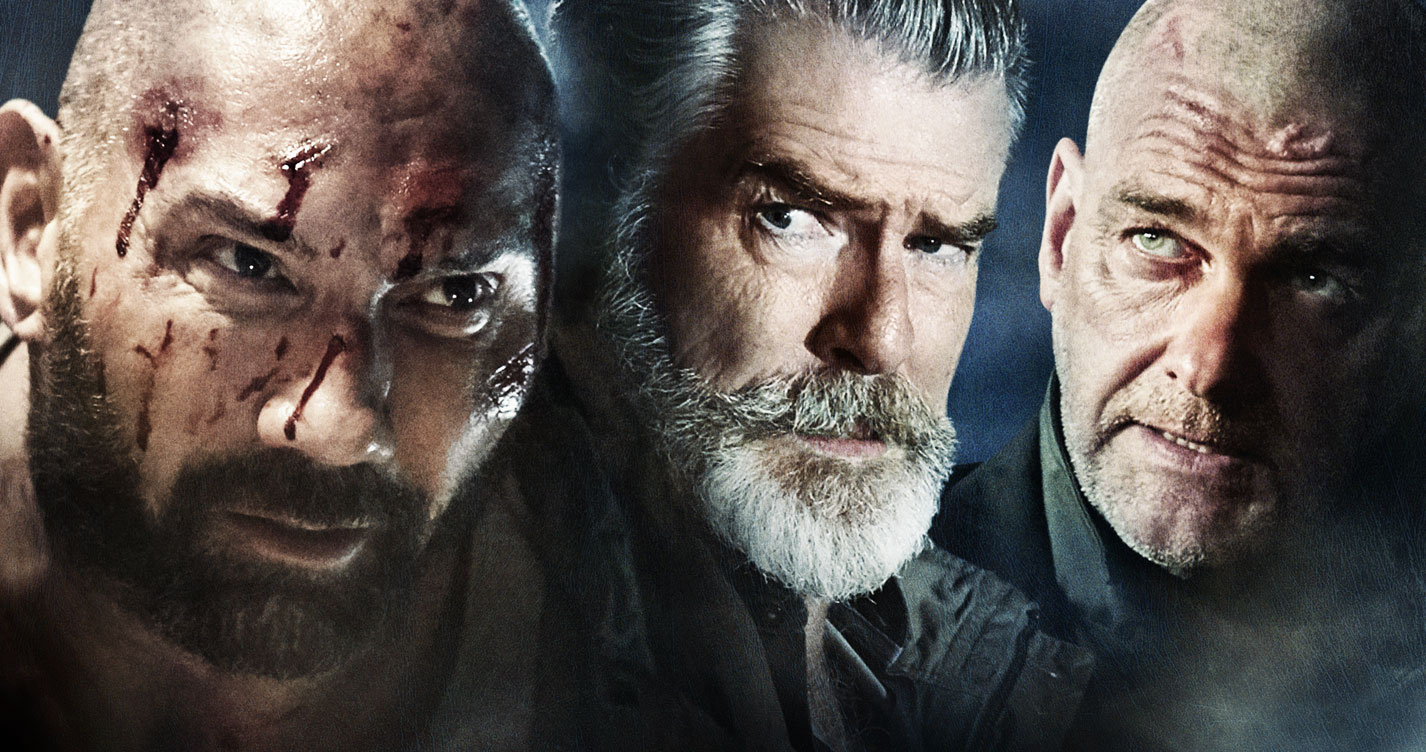 When I see the Saban Films logo in the opening moments of a movie, I know to lower my expectactions. Saban has become like STX Films: Financing low to mid-budget films that they hope will turn a small profit. Use a chunk of that financing to hire a a star (or stars) to headline the movie’s trailers in order to draw in people to see the films. Saban’s films tend to be more miss than hit.

With that in mind, I mindlessly started watching Final Score with lowered expectations and brain turned off. The main draw for Final Score is Dave Bautista, who has a casual charisma about him that I like, and I think he uses well onscreen, he is very likeable. Also in the film for a paycheck are Ray Stevenson (he was a pretty good Punisher) and Pierce Brosnan (he was a pretty good Bond).

Final Score is an unapologetic knock off of Die Hard and it does nothing to hide this fact. There are many scenes and sequences that are taken directly from Die Hard (more about this in the Spoilers section). Final Score pays so much casual hommage to Die Hard that it probably should be paying royalties to the Die Hard crew – I am giving director Scott Mann and writers David. T. Lynch, Keith Lynch, and Jonathan Frank the benefit of the doubt by using the word “hommage”.

Knox (Dave Bautista) flies to London to visit Danni (Lara Peake) who is the child of a military buddy that died on Knox’s watch. Knox is consumed by guilt over the death of his friend and tries his best to take care of Danni and her mother. Knox knowing that his friend wanted to take Danni to a football game flew into town to do so. Unbenowst to Knox, Arkady (Ray Stevenson) is at the game with his crew of bad guys looking for Dimitri (Pierce Brosnan). Arkady was the military iron fist of a failed revolution in his country when his brother was killed by an airstrike.

As the movie unfolds and as it starts to pay more and more homage to Die Hard, the ending is suitably predictable. My already disengaged brain was not annoyed by this. There are a few things that I wish the filmmakers could have done to make it an even more entertaining movie though.

In the last half hour of the film, the film goes for broke with action. The action is crazy and a lot of times it is so crazy that it dimisses all sense of logic – I am writing to say that this is a good thing. With a derivative movie like Final Score, the crazier the action, the better. Unfortunately, the first hour of the film is more subtle and the action sequences in the first parts of Final Score are tamer. This is regrettable because I think director Scott Mann should have doubled down on the silly action to boost the entertainment value of the film.

Unlike the sarcastic and self-deprecating John McClane from Die Hard, Bautista’s Knox is serious, very serious. He doesn’t crack jokes and he has no one-liners because he is a serious brooding man. This detracts from the film’s entertainment value also. Had the writers made Knox a bit more fun, I think the film could have been more engaging. Bautista is great as Knox though.

Special kudos goes out to Amit Shah, who plays a stadium security guard named Faisal. Shah is the best part of the movie. His character is much like the Argyle character from Die Hard. Shah provides the levity and heart for the movie, and he does it well.

Final Score’s action sequences are sometimes gruesome. The fight scene in the kitchen was particularly gross – I’ll never look at a deep fryer the same again. The motorcycle sequence was genuinely exciting and creatively over-the-top. I really liked that sequence.

If you have nothing better to watch or you’re not in the mood to be fully engaged with a movie, then Final Score is a good movie to watch. Final Score is a plate of comfort food, it might not be nutritious, but it does taste good. Is Final Score a great film? Not really. But, it is entertaining enough for its short 104-minute runtime. And with a rating of 5 out of 10, it’s batting above the Saban average ratings!

Things that are lifted straight from Die Hard:

Is it me or did the bricks of C4 look like half-melted packages of cheese?

Cameras in the bathrooms in the UK? Is that for real?

A football game is exciting, but is it so exciting that nobody in the stands noticed a helicopter fully of heavily armed men in a gun fight with a dozen people in the stadium, all with automatic rifles?