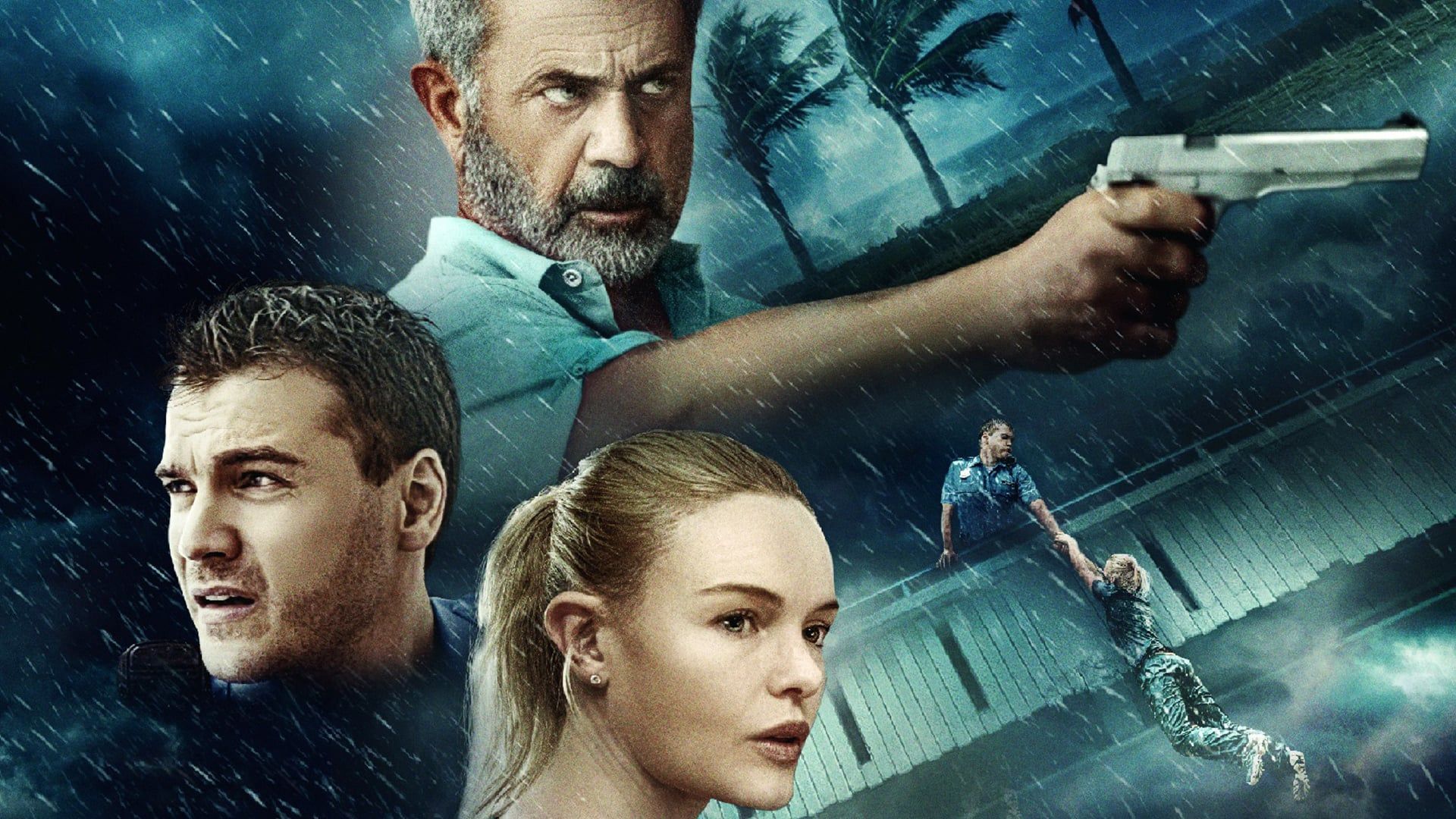 Force of Nature (not to be confused with 1999’s Forces of Nature) is terrible. I won’t spend too much time on a review of this film and will put my warning to everyone up front: Skip this film.

Cardillo (Emile Hirsch) is a stereotypical disgraced suicidal cop with a checkered past that does things like put a gun in his mouth and fret over if he’ll pull the trigger. In that way, Cardillo is not unlike the Riggs character played by castmate Mel Gibson in Lethal Weapon. Unlike Riggs, who was just crazy, Cardillo is a grumpy asshole.

A fictional hurricane is bearing down on Puerto Rico and Cardillo and his new partner, Jess Pena (Stephanie Cayo) are sent out to gather up people who refuse to leave their homes and bring them to shelters. They encounter a man who is trying to buy 100lbs of meat to feed his “cat” at home. This man, Griffin (William Catlett), has a checked past too and convinces the cops to take him to his apartment complex so that he can feed his cat before leaving for the shelter.

While at the apartment building, the cops and the remaining residents are confronted by armed robbers who are seeking to rob someone of something – things that aren’t revealed until late into the movie. The residents include a retired cop, Ray (Mel Gibson) who refuses to leave and his daughter, Troy (Kate Bosworth) who is a doctor and is trying to convince her dad to go. The gang of faceless robbers are led by a cruel man named, not kidding, John the Baptist (David Zayas).

This movie has no redeeming qualities. The hurricane is only there to keep everyone wet and to block radio communication. The movie, set in Puerto Rico, features white men (one who refuses to learn the local language) saving the locals from evil Puerto Ricans.

John the Baptist’s crew of faceless thugs are Storm Troopers. Armed with high powered assault rifles, they can’t hit people running down a hallway 10 feet away. John the Baptist himself is a caricature of a foreign bad guy and says things like “I know everything, I’m John the Baptist” with a straight face – David Zayas, did you read the script before signing on?

The cast is forgettable in the film. Cayo’s recalling of a story to Gibson’s character falls flat. A quiet moment between Hirsch and Bosworth is cringeworthy as she talks about how she bonded with her father by shooting frozen turkeys on Thanksgiving. Gibson is Gibson, he’s not doing anything different than what he’s done in recent years. He does adopt an weird accent for the film.

I finished the film to see how it would end and it ended like the rest of the film: Predictable and clichéd.

Do yourself a favor and skip Force of Nature.

How is it that Jess did not hear the small arms and assault rifle gunfire early on in the film? How is it she didn’t hear four bricks of C4 explode? And why did the bad guys use so much C4 to blow open a wooden door?

Strange side story about a guy with a man eating animal in his apartment. Chekhov’s…animal?

The animal owner is mauled early on in the film, leaving his leg in bad condition. The doctor proclaims early on that “He’s going bleed out unless we get him to a hospital!” But, late in the movie when the plot calls for it, the man with a mauled leg proceeds to run like mad and also tread water. Uh huh.

Old seasoned cop wanders into a room full of guns and leaves the door to the outside wide open so a bad guy can clearly hear him sharing a quiet moment with a cop? Close the door!

Hersel holds his gun like an 80’s action hero.

John the Baptist gets the old man and then lets the two cops live? Why?