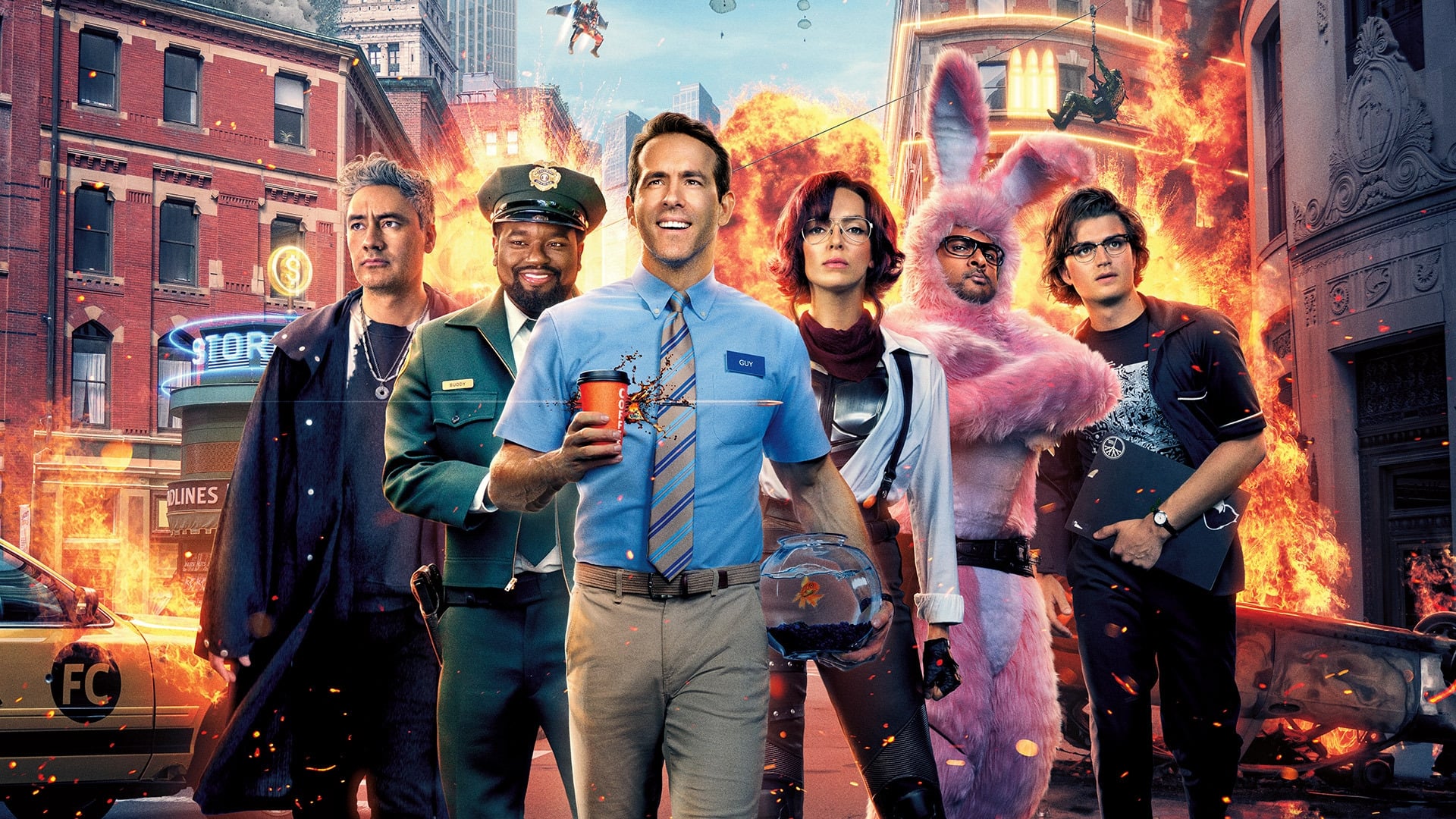 Imagine having lived in a world where your reality was simulated when your mind is set free by a human. Should you take the blue pill or the red pill? Follow the white rabbit? Free Guy is not that movie, but a lighter, more fun and less philosophical take on waking to the realization that what you think is your reality is not real.

Guy (Ryan Reynolds) is a blue shirt wearing NPC (non-player character) living in a video game city named Free City, which seems to be like Liberty City from GTA. He is an upbeat bank teller and his best friend is Buddy (Lil Rel Howery), who is a security guard at the same bank. Their lives are the same each and every day, complete with a bank robbery because they live only to be in that mission of the game. One day, Guy sees sunglasses wearing Molotovgirl (Jodie Comer) walk by and something in him is awoken. Molotovgirl is the in-game character played by Millie who is in search of evidence that the code that she and her development partner Keys (Joe Keery) wrote was stolen.

While the main conflict of Free Guy comes from the dealings in the real world, the meat of the fun takes place in the simulation. At the core of what makes the movie so fun to watch is Ryan Reynolds and he is firing on all cylinders being… Ryan Reynolds, and his schtick as an NPC out of water really works well.

Free Guy has a structure like Steven Spielberg’s 2018 Ready Player One in which the audience sees action both in-game and in the real world. Both films are self-referential and have many pop culture references. Both films are about an evil corporation or company trying to ruin a game. But, the difference is that Free Guy is brighter, more poppy and the main character is more expressive and likeable.

Outside of Ryan Reynolds, Lil Rey Howery is great as Buddy. He is hilarious and super loveable in his part. Jodie Comer does well in her part, especially since she’s playing almost two different parts in the film. Channing Tatum had me laughing very hard, he was one of the highlights of all the cameos throughout the film (which were all fun to spot). Taika Waititi was funny also, but because he was playing the villain, it wasn’t as much fun to watch him.

As I was watching the film, there came a part (ice cream) where I heard a very familiar theme that I love, and that is the theme to 2012’s short film Paperman which was shown before Wreck-It Ralph. It wasn’t until I saw who the composer of Free Guy’s score was that I realized that this was not homage, but yet-another reference to pop culture. Wreck-It Ralph is a movie about a video game NPC who becomes self-aware and breaks out of his programming, just like Guy from Free Guy. The pop music selection for Free Guy is perfect. Each song brings alive the scene that they are paired up with.

Free Guy is a wonderfully fun movie. It is light and breezy, making it so much fun to watch. I enjoyed the movie very much and will be watching in again in the future to see about spotting more pop culture references and cameos. I recommended Free Guy.

Don’t have a good day, have a great day! 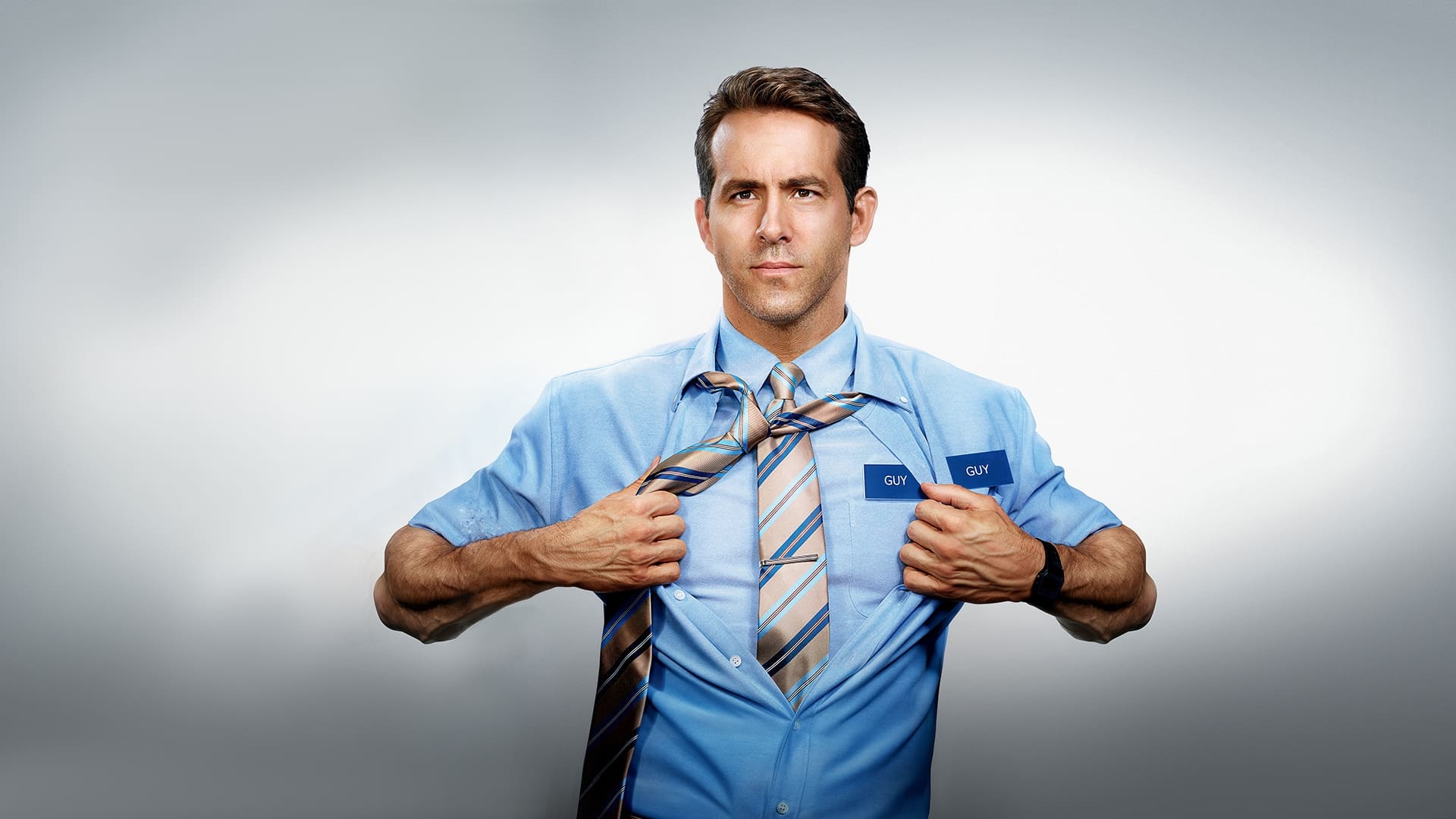