The Apex corporation, led by Walter Simmons (Demián Bichir) is looking for a source of immense power, they tap the talents of a disgraced scientist, Nathan Lind (Alexander Skarsgård) to help lead an expedition to the Hollow Earth to find this power source. The expedition group includes Ilene Andrews (Rebecca Hall), Jia (Kaylee Hottle) and Maya Simmons (Eiza González). Jia is a special girl who was rescued by Andrews from Skull Island, Jia is special because of her connection to Kong.

But, we don’t come to Gozilla or Kong movies for the human aspects. We come to see the monsters and this is a decent entry into the MonsterVerse series that started in 2014 with Gozilla, followed by 2017’s Kong: Skull Island and 2019’s Godzilla: King of Monsters. Is it necessary to see the other films before seeing Godzilla vs. Kong? Not really. There are references to the previous films, but knowledge of these references aren’t necessary to enjoy the monster-bashing-monster action.

The main plot follows Kong, while the secondary plot is Godzilla adjacent. The main plot works well, it makes Kong the protagonist of this film and gives Kong a full emotional arc – and strangely enough, that works. It works a lot because of Kaylee Hottle’s performance as Jia, which is the best thing of the film as she has such an expressive face.

The problem with the secondary plot is that Millie Bobby Brown’s character has the same problem as Aaron Taylor-Johnson’s character Ford Brody did in the first Godzilla film: These characters just happen to be in the right place at the right time to see Godzilla in action – and these places are all around the world. This coincidence-based travel of the characters is just lazy writing. From my notes on Godzilla:

The biggest problem I have with the film and the problem that takes me away from full enjoyment is how the Brody character is coincidentally following Godzilla’s path throughout the movie. At first it didn’t bother me much, but as the film progressed, it killed my suspension of disbelief.

The only other actor outside of Kaylee Hottle that stood out was Eiza González. But, González stands out not because of a great performance but for a horrible one. And it is not her fault either, while all the characters in the film are paper thin, her character is completely undefined. She bounces between a bad imitation of Michelle Rodriguez from the original The Fast and Furious, to a verbal badass, to a scared woman, to a villainess and then cycles through each randomly again. 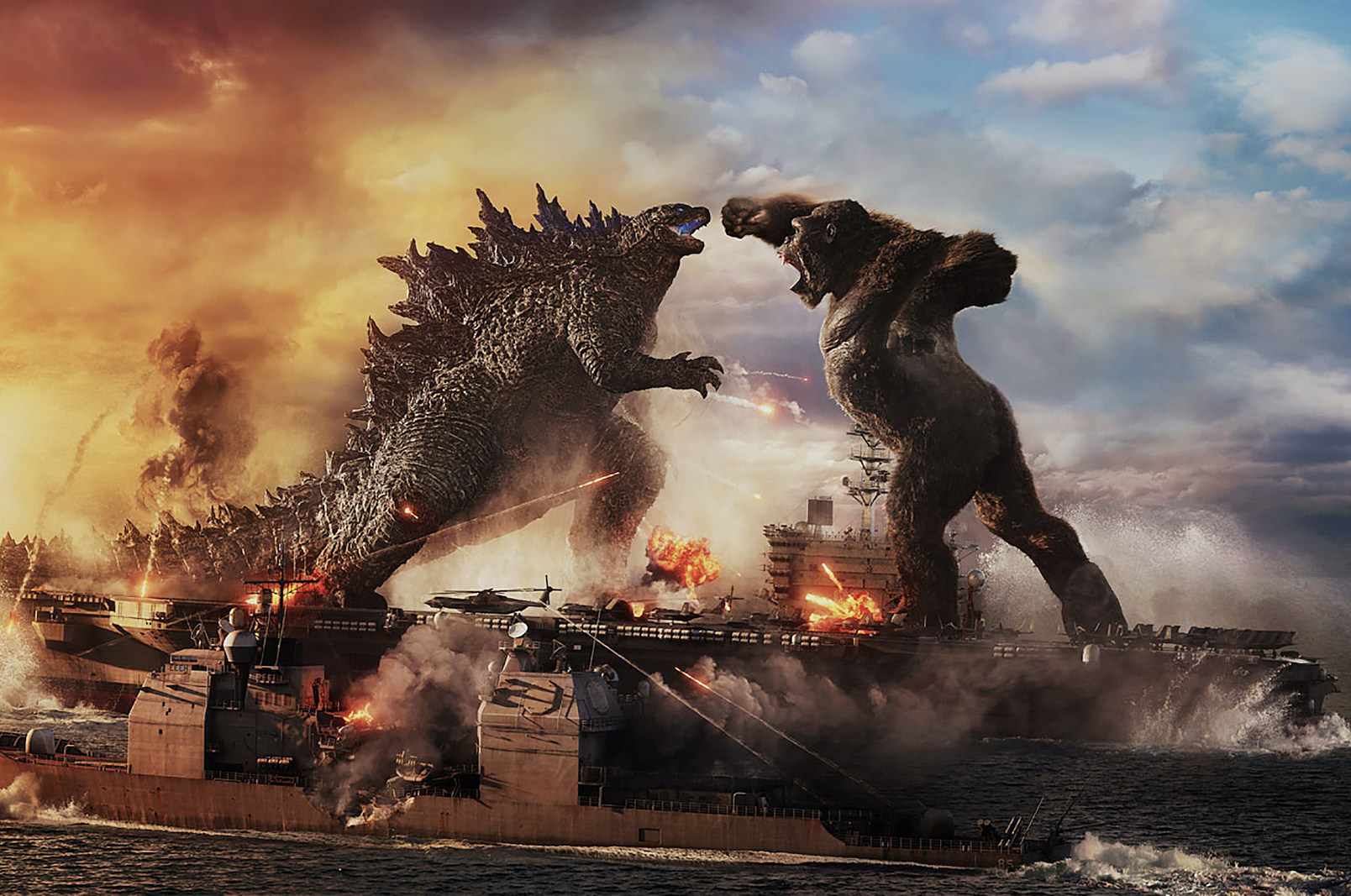 Other notes that I have about the movie: * The movie is very colorful and I really loved the look of the film because of this. It is exaggerated neon colorful, but it works so well. * How is there light in the Hollow Earth? They did not show any light sources for the evenly diffused lighting in the middle of the Earth. * Apex has no security? How is it that three people can run around, open doors, and generally be a security risk without getting caught earlier? For a corporation that has developed cool flying machines and Mechagodzilla, they couldn’t have AI driven camera systems? * Why do humans continue to use their puny weapons on Godzilla and Kong? Haven’t they learned that the weapons are ineffective? * The movie starts down the path of the overweight hacker kid who will hack the system password and save the day. I am glad they did not follow through with it. * Mechagodzilla was very cool. The idea behind the control rig for Mechagodzilla was equally cool.