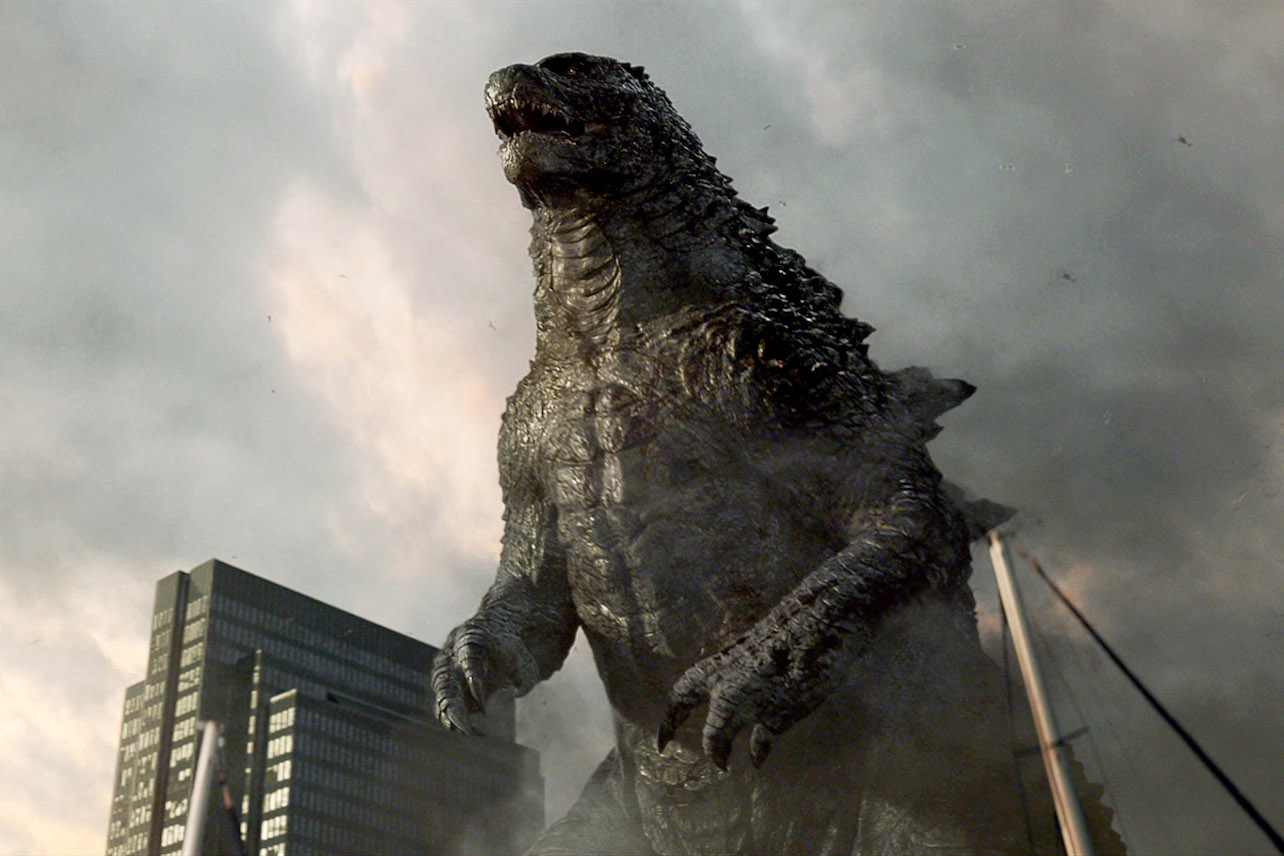 Godzilla is a frustrating movie.

The nuclear power plant located in Janjira, Japan is destroyed in 1999 and the cause is a mystery. During the destruction, Joe Brody (Bryan Cranston) loses his wife (Juliette Binoche). In the present, Joe Brody is estranged from his son, Ford Brody (Aaron Taylor-Johnson). Ford is an explosives ordnance disposal officer who lives in San Francisco with his wife, Elle (Elizabeth Olsen) and their young son Sam (Carson Bolde). Ford receives a call informing hime that his father has been arrested in Japan and Ford flies out to Japan to deal with his father. Together they discover the mystery behind the destruction of the nuclear power plant. Along the way, monsters are awoken and these monsters fight each other.

The story and plot of Godzilla is endlessly frustrating because it is all driven by coincidence. There are so many coincidences that it killed my suspension of disbelief. The main string of coincidence that drives the plot of the film deals with Ford Brody who seemed destined to follow the monsters and Godzilla throughout the whole movie – spanning not only the world (Japan, Hawaii, San Francisco), but also through some 25 years.

In the present, Ford somehow ends up being at the same place as a MUTO at the right time throughout the whole film. It doesn’t just end with Ford Brody though. His kid is coincidentally in a bus on a bridge just in time to see Godzilla. His wife is coincidentally on the streets of San Francisco to witness the fight between Godzilla and the MUTOs – and coincidentally does not get squished to death either. There’s also the coincidences with the fuel truck and helicopter at the end of the film. It’s all just lazy writing. 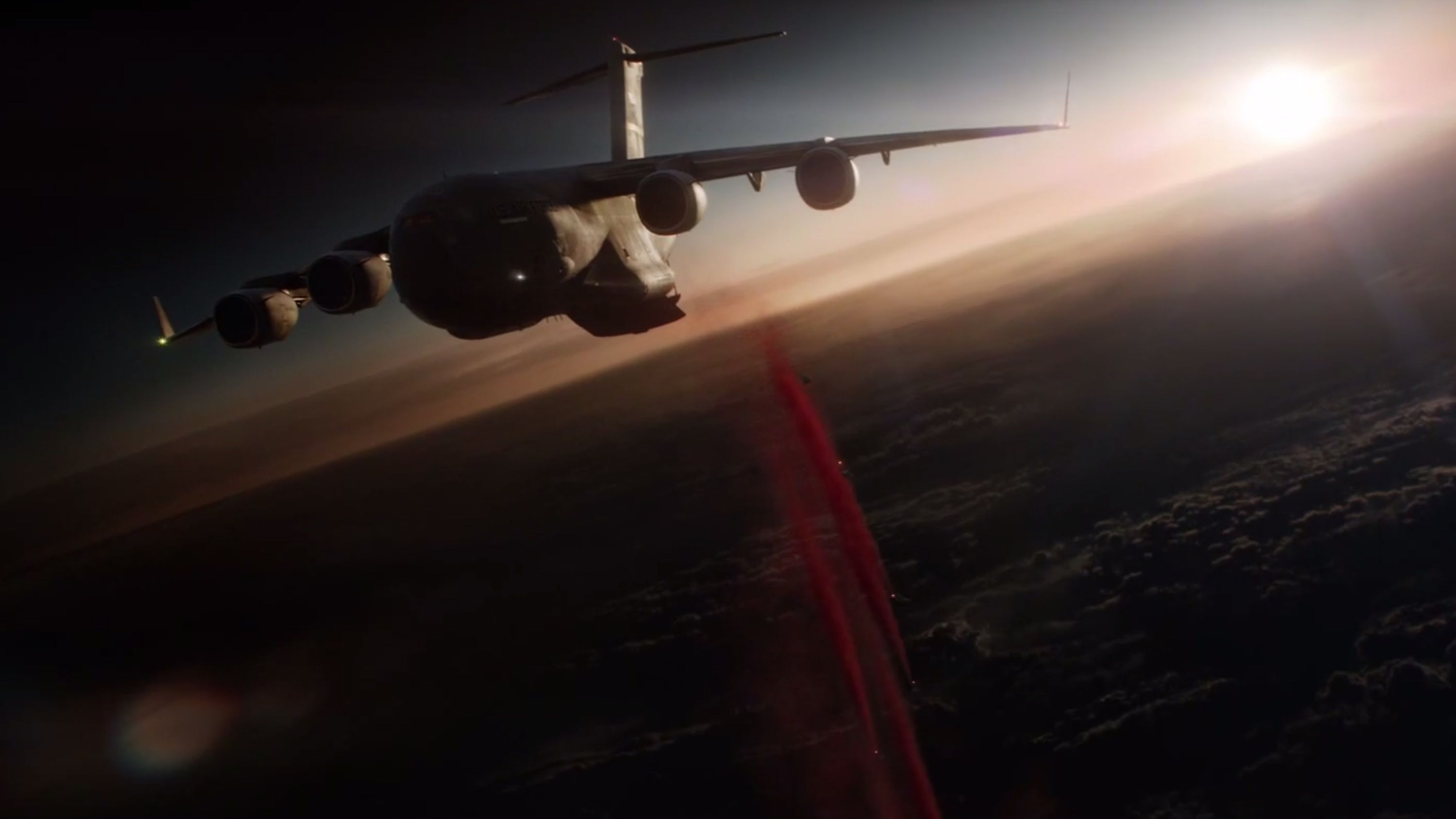 What I love about this film is the striking imagery that is created throughout the film. There are quite a few iconic shots throughout the film that are forever memorable. The biggest being the HALO jump scene near the end of the film with the red streams coming off flares and the tiny humans slowly falling out of the sky through lightning filled dark clouds into the cityscape of San Francisco.

The film does a great job at establishing the scale of the monsters by shooting from a human’s view point and also by putting monsters around recognizable landmarks and objects. Never once did I think that any of the three monsters were small. They were always presented and shown to be large.

Having said that, the film is also frustratingly underlit. The movie is shrouded in smoke and oppressively dark. There are scenes in the film where it is difficult to see what is happening because it is so dark. One good example of this is the whole sequence with the train and the bridge. That sequence was nearly impossible to follow because of the darkness. The sequence with the soldiers in the Hawaiian jungle searching for a Russian nuclear submarine was similarly frustrating. I did like the scene in Honolulu where Godzilla gets partially lit by flares, that was a good use of light and darkness – and also scale to give the audience a sense of how large Godzilla is. The HDR on the 4K UHD Blu-ray does help somewhat with the dark scenes, but not by much.

The acting in the film is also all over the place. 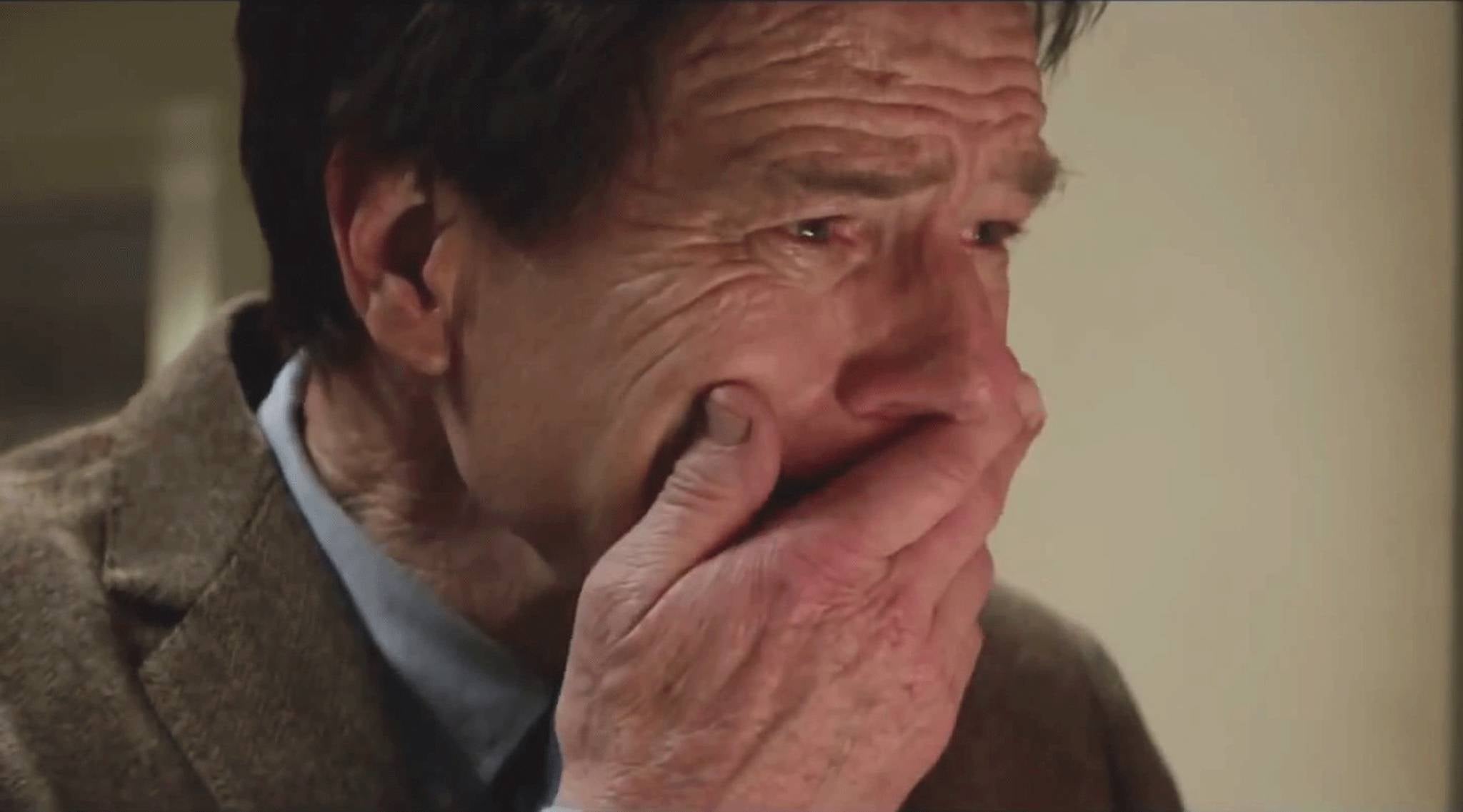 “I can’t look like the American maniac,” says Joe Brody who is portrayed by Bryan Cranston. Too late for that Cranston. Cranston was horrible in the film, not only was he chewing through scenery, but he completely obliterated every scene that he was in with an intensity that could kill Godzilla. The last scene between him and his wife should have had more emotional impact, but because of Cranston’s overacting, it is borderline comical. 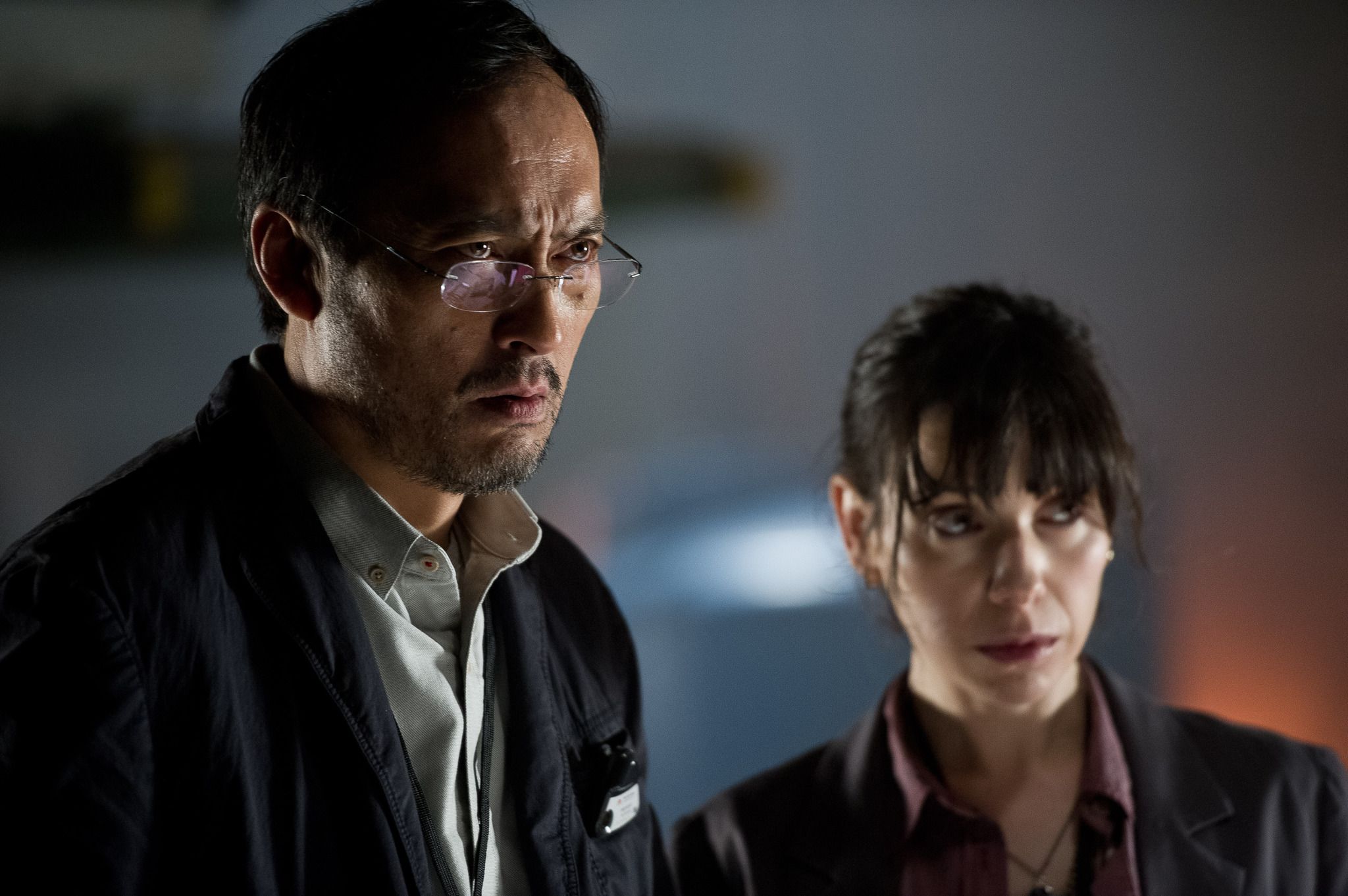 Ken Watanabe and Sally Hawkins portray scientists from the Monarch organization – which ties all the MonsterVerse films together – but they spend most of their time standing around with their mouths agape staring into the camera. Taylor-Johnson and Olsen have no real chemistry onscreen.

Unlike others, I don’t have any disagreements with the new design of Godzilla. I think he looks fine with his semi-bear face and his Tyrannosaurus-like tiny arms. What I don’t like are the designs of the MUTOs which do not look organic. Both have heads that look like upside-down staple removers and eyes that light up like concept car headlights.

The score for the film by Alexandre Desplat is a sonic treat. It is very memorable and Desplat develops some great themes.

For every good thing that the film Godzilla produces, it has something equally bad. And that makes this film frustrating to watch. Godzilla is still worth watching to see the amazing imagery. Just set expectations low for the story and the acting. And prepare to squint to see some of the action on screen.