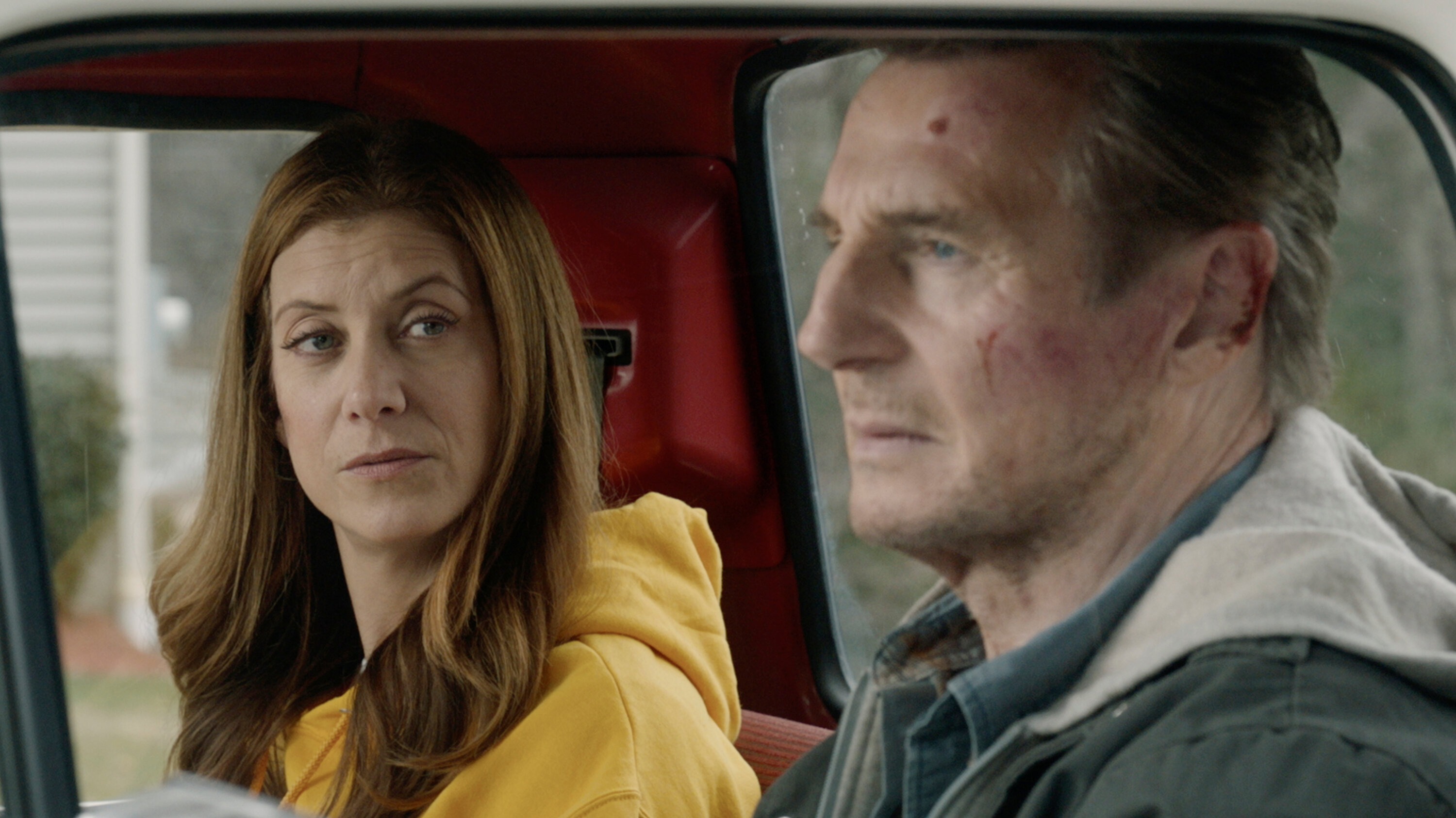 Lets face it, Liam Neeson did something late in his career that no one could have seen coming. In 2008, Liam Neeson created a genre that is solely built around himself – the Neeson Genre. Older man who possesses special skills and is out for revenge. Honest Thief is a film that fits perfectly into the Neeson Genre.

Tom Dolan (Liam Neeson), aka the In and Out Bandit, has robbed 12 banks in seven states without ever getting caught, nor with anyone ever getting hurt. One day, as he looks to rent a storage space, he meets Annie Wilkins (Kate Walsh) and in a romcom style boy-meets-girl moment, they instantly fall in love. After dating for a year, Tom wants to be completely honest with Annie so that they can live a normal life together without his bank robberies hanging over them. The only way he figures he can do this is to turn himself into the FBI and serve time for his crimes.

Things go south when he meets FBI agents John Nivens (Jai Courtney) and Ramon Hall (Anthony Ramos) who are taking a statement from Tom. Nivens and Hall were given the task by a more senior pair of FBI agents, Samuel Baker (Robert Patrick) and Sean Meyers (Jeffrey Donovan) – and a cute dog, Tazzie.

Greed turns to murder, murder turns to chases and shootouts. It is all standard-fare action film story and plot. Honest Thief is not the most inventive story and it is full of plot holes. The crooked FBI agents plot device was a bit hard to buy. The way it played out felt wrong. The relationship between Tom and Annie was done within the first 10-15 minutes of the film and it was underdeveloped – to the point that it was hard to believe that Tom was so over-the-top in love with Annie that he would turn himself into the FBI because of their relationship.

If you have seen any of Liam Neeson’s action films since 2008’s Taken, he is not doing anything new in Honest Thief. This film has a slower pace than his other films and the action is not as kinetic – watching Neeson (68 years old) being chased by Jeffrey Donovan (52 years old) is not the most exciting thing. I expected a bit more thrills in this film, but what I got was a slower paced film – which is not a bad thing, I did like the pacing of the film, especially given its short running time.

All the characters in the film are paper thin and underdeveloped. The only character that was memorable was Agent Meyers (Donovan) with his divorce story and the dog – and an understated performance by Donovan. Tom had a nice story to cover the motivation of why he robs banks. Outside of that, the characters of Annie, Baker, Nivens and Hall were not memorable at all.

Honest Thief is not a bad way to spend 90 minutes if there is nothing better to watch. As of the time of this writing, it is streaming free for Amazon Prime members and it is worth a watch. Ultimately though, Honest Thief is entertaining during its running time – but, no one will remember this generic thriller after the credits finish rolling.