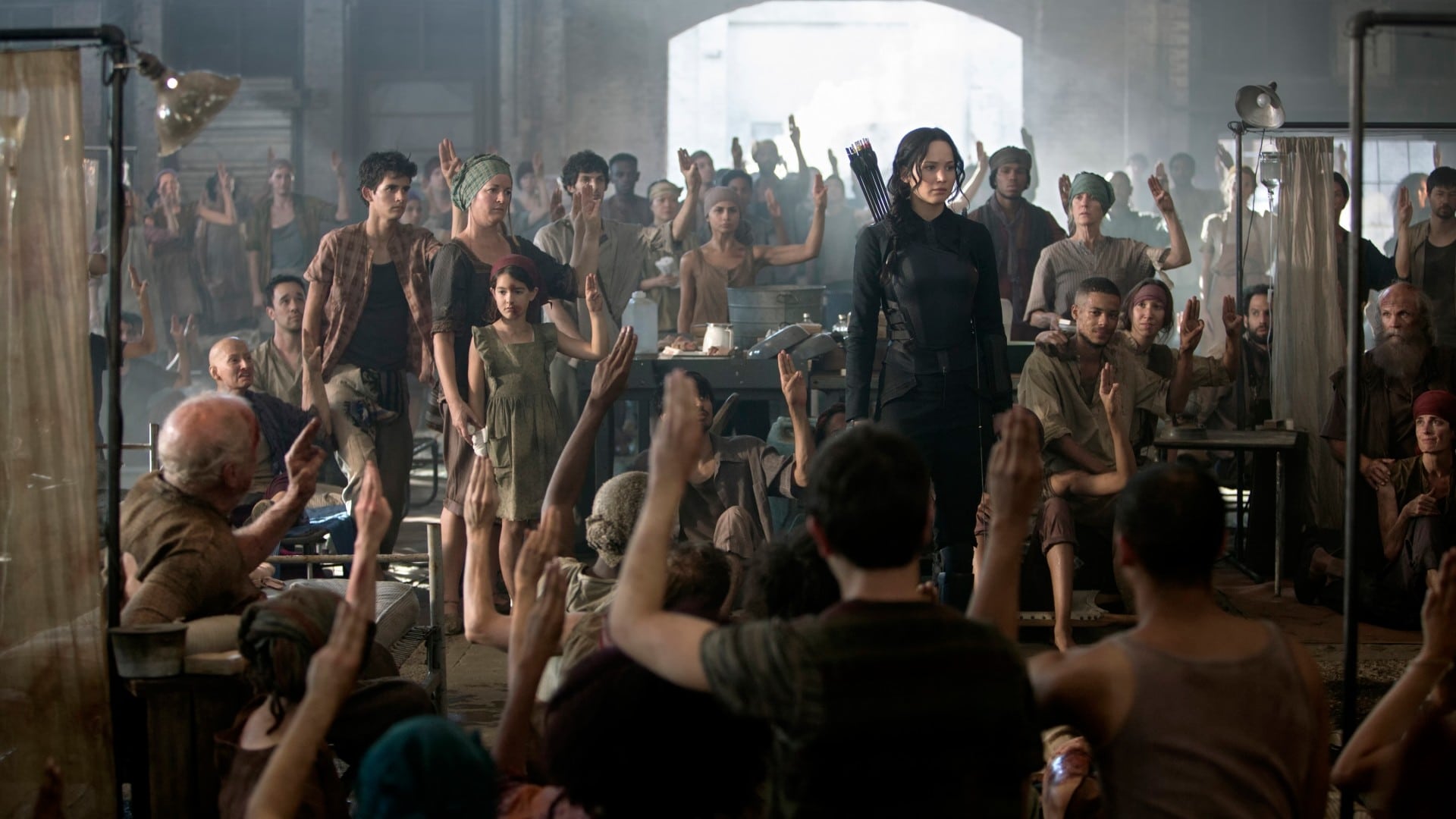 Mockingjay - Part 1 (from here on out known as Part 1) picks up shortly after the last film. Katniss (Jennifer Lawrence), Beetee (Jeffrey Wright) and Finnick (Sam Clafin) find themselves recuperating in District 13 – the district that wasn’t supposed to be around and why it is around is not explained well in the movie (though my son filled me in on why). District 13 is hidden underground and they have been amassing an arsenal. They are the better organized and trained version of the Rebels in Star Wars. District 13 is regimented and follows rules by the book, it is led by President Alma Coin (Julianne Moore).

Much of, actually most all of, Part 1 is a setup for the finale of the series. As such, there’s a lot of exposition and not much action or movement of the story and because of this, there is not much to write about this film. Part 1 serves mainly as a connector between the middle part of a trilogy and the finale.

The only quibble I have about Part 1 is the continuation of the “love” triangle between Katniss, Gale and Peeta. It never rang true from the beginning of this series and continues to feel hollow.

Much like the previous two films, Lawrence and the cast are fantastic. The steady-handed direction by Francis Lawrence keeps the slow paced movie moving along and he is able to keep my attention engaged. This film is a very well-made film, especially on the technical side.

Like a lot of middle films, this movie spends most of its time setting up the finale of the series. This is a good and bad thing. It is nice that the filmmakers took the opportunity to expand the third book into two movies instead of rushing the last book into a single film. The bad thing is that it is a lot of setup and it dragged along for quite a while before leaving us waiting for the last film.

The cynical side of me wants to believe that the filmmakers did this to rake in some extra money by stretching the series into four films. When I thought back about the film and what happened in it, I feel that this film may not have been warranted. It is still a watchable film, especially if you have seen the first two. Just don’t expect any excitement or movement within The Hunger Games series.