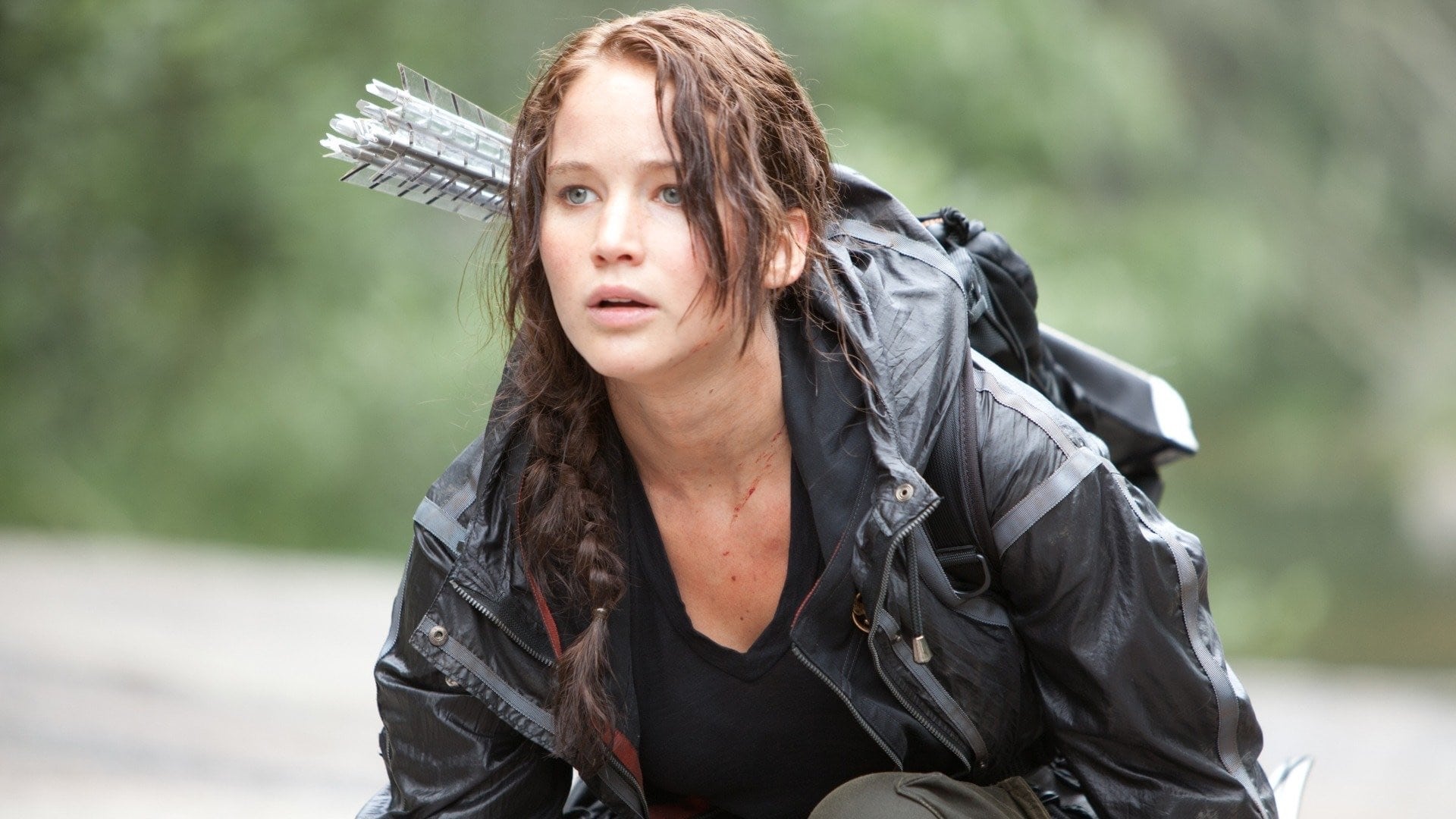 I have never read The Hunger Games book series, so I come into this film with only what I know from popular culture.

By now, the basis for The Hunger Games is well known: In the future, after a war, North America has formed into 13 districts around The Capital. These districts are where the poor live. As part of a way to keep the districts in line, The Capital hosts The Hunger Games each year. Each district has a lottery in which they choose one male and one female child between the ages of 12 and 18 to send to the games.

As the movie starts, we are in District 12 and the choosing of the Tributes (kids) is about to happen for the 74th Annual Hunger Games. We are following the story of Katniss Everdeen (Jennifer Lawrence) who finds herself in a predicament when her younger sister is chosen as the female Tribute for their district.

The Hunger Games itself is a sadistic and brutal televised competition that pits 24 Tributes against each other until only one survives – all of this is for the pleasure and entertainment of the rich elite that live in The Capital.

At the core, the story and premise behind The Hunger Games is disturbing, dark and morbid. Watching kids fight for their lives is quiet disturbing. Having some of those kids do it with a sense of joy, fun and glee makes it even more disturbing. I am not saying this is a bad movie, by far it is not, but the premise has to be called out as discomforting, though at the same time it makes the whole premise morbidly interesting – like the facination of watching a car crash.

Jennifer Lawrence is great in the film. She brings a sense of strength and humanity to her character.

The camera work in the film on the other hand was horrible. The shaky-cam technique is overused in all of the action scenes – causing confusion and making the action scenes unwatchable and sucking the thrill from them. This same zoomed in shaky-cam technique is also employed in other scenes also – some of them dialogue scenes, making those also unwatchable. The final fight between two blond male tributes was using shaky-cam, it was tightly framed and had quick cuts. I could not tell who was fighting who, what was going on or if anyone was “winning”. It made the whole action scene boring and unexciting.

The Hunger Games is tense at points and it was a very entertaining movie. I look forward to watching the rest of the series. I am keeping this review short as I figure most everyone (except apparently me) has seen the movie or read the books. I do recommend The Hunger Games, but maybe take some Dramamine prior to watching the movie.