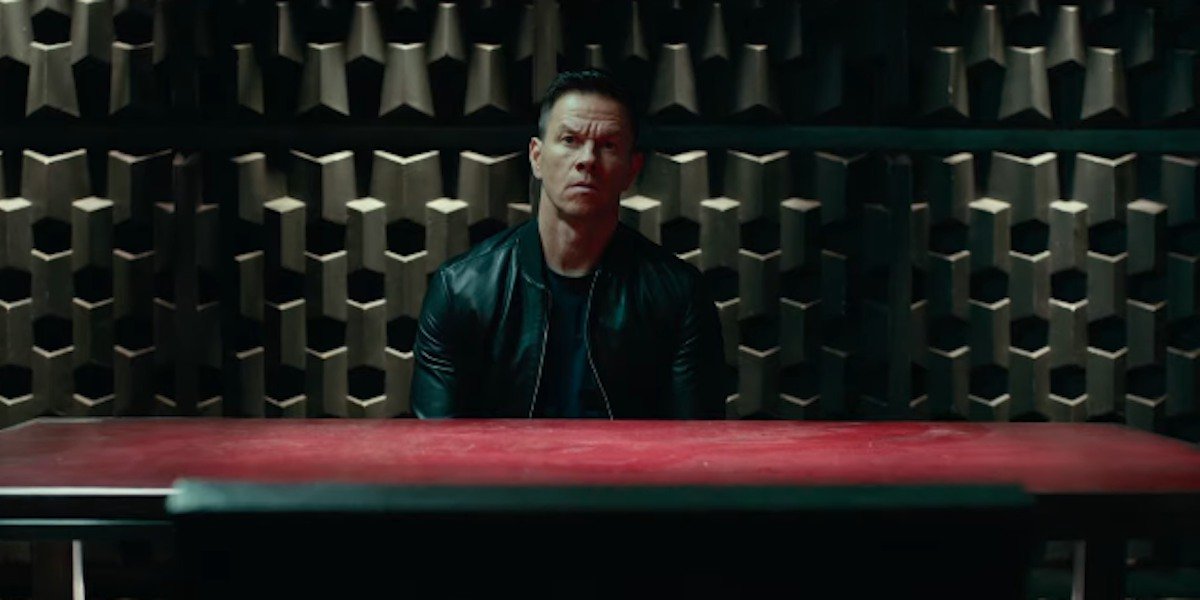 A centuries old good versus evil clash between two groups of people that have special powers and maybe immortality. Sounds familiar? Yes, it has been done before (and better) in movies like 2008’s Wanted and 2020’s The Old Guard.

Much like Wes from Wanted, Evan McCauley (Mark Wahlberg) is a normal guy dealing with issues – with Wes it was panic attacks, with Evan it’s what he thinks is schizophrenia. Again, much like Wes, Evan discovers through external people – Bathurst (Chiwetel Ejiofor), Mora (Sophie Cookson) and Garrick (Liz Carr) – that what he thought were issues are really strengths.

In the world of Infinite, there is a subset of the Earth’s population whose souls reincarnate, letting them in essence live forever. Of these Infinite people, there are two cliques: The Believers who believe they are around to make the world a better place and The Nihilists who want to end the pain of living forever. The Believers are led by Garrick and The Nihilists are led by Bathurst.

The plot of the movie follows Bathurst as he tries to acquire The Egg. The Egg is a device that would allow him to end all living things on Earth – therefore, allowing his soul to finally die. Predictably, Evan is the only person who knows where The Egg is.

The script by Ian Shorr and Todd Stein is based on the book “The Reincarnationist Papers”. The script is riddled with so many plot holes that it becomes unforgivable by the time the third reel rolls and we enter the ever more implausible track that the movie dives head first into. The script spends a lot of time having characters talking about the Infinites (including a few snooze-worthy voiceovers by Walhberg). The writers and director have no concept that in movies, it’s better to show than tell. The script also spends an inordinate amount of time world building – and again via speeches.

It does not help that Antoine Fuqua is seemingly uninterested in making the exposition scenes interesting or the action sequences exciting. Fuqua has not had a truly good film since Training Day (2001). He has had some mediocre films since then, but nothing extraordinary. Infinite is below even mediocrity. The film is littered with shoddy visual effects work. The action in the film is laughably bad and is a lot of it completely lacking in excitement.

The other thing about the production design was that while the movie hops around the globe and around in time, there’s nothing that differentiates places or times. Everything seems to be the same coat of off-white paint.

I usually like watching Mark Walhberg for his dry sarcastic delivery of lines. He does get to do some of that in Infinite, but most of the time Walhberg is robbed of having any fun by the nihilistic tone of the script and Fuqua’s direction – making Walhberg bland and boring.

The bigger issue with the film is Chiwetel Ejiofor (who was also in the other film about immortals, The Old Guard). Ejiofor’s character Bathurst is a character with little motivation outside of some explainer lines early on in the film. They don’t explain why he’s so rich, why he has such an army of disposable soldiers, how he finances all his travel or even his castle. Bathurst runs around an angry man for the sake of running around being an angry man.

There’s also Jason Mantzoukas playing a version of Derek Hofstetler (his character from The Good Place) which was distracting.

Infinite is an infinitely frustrating movie. The high concept that it brought could have been executed in a much better way to achieve a much more entertaining film. Unfortunately, the film is a bland, paint-by-the-numbers action film that ultimately fails the high concept premise that underlies the movie’s plot.

The main motivation for Bathurst is that he wants to die forever. He created the Egg to rid the world of life in order to avoid resurrection. But he’s also created a gun/bullet that traps the soul digitally so it doesn’t reincarnate. So, why not just shoot yourself in the head Bathurst?

If Evan McCauley is the only person that knows where The Egg is hidden and Bathurst wants to capture McCauley so badly to find this deadly device, why keep McCauley alive after finding him? The Believers should have just killed him off to keep the secret away from Bathurst – and keep killing McCauley as he reincarnates. Kick that can of knowledge down the street as far as they are able to – it’s a sacrifice that McCauley should make for the sake of all life in the world.

About The Egg itself. If the whole purpose of The Egg was to make it so that life on Earth could not exist anymore, then there are definitely other ways humans have already created to achieve this end goal. Why chase after The Egg?

How did Bathurst see into the Artisan’s lab?

They kept McCauley’s dead body (along with all other Infinite’s previous bodies) perfectly preserved at the Infinite Hub. They say this was done so that they could study the bodies and understand the science behind the how and why incarnation happens. For as long as they had McCauley’s old body stored away to study, they never bothered to scan the body for foreign metal objects inside, like say The Egg? C’mon, the audience is not stupid.

The Artisan has a helicopter and instead of going to take down the plane with The Egg in it, he went to the castle?

The cargo plane fight is taken straight from The Mummy and Rampage.