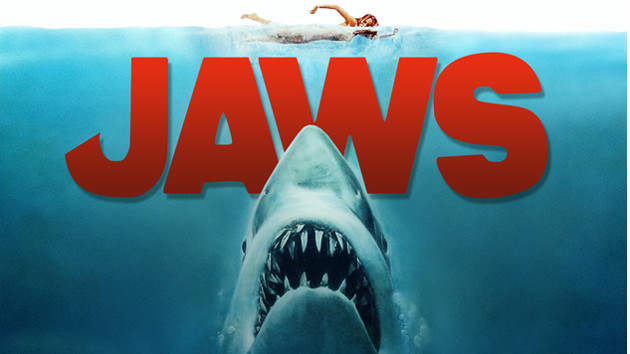 This marks my first time seeing this film from start to finish. I’ve seen bits of it here and there, but for some reason I never sat down to watch the film in full. What a thrilling experience watching this movie.

The sleepy island town of Amity is gearing up for the rush of tourist for the Fourth of July and the summer. This rush of tourism is what drives the town’s economy. One early morning while some teens are partying on the beach, a teenager goes for a swim and is attacked by a shark. The new sheriff in town, Brody (Roy Scheider) is the only one who truly believes it was a shark attack and that the beaches should be shut down. The town mayor, Vaughn (Murray Hamilton) ignores the warnings from Brody, a scientist named Hooper (Richard Dreyfuss) and kooky shark hunter Quint (Robert Shaw). The town folk also ignore these warnings. The beaches stay open, the town folk go on with life like nothing has happened – until they are faced with a shark attack.

This film is 45 years old and it brilliantly captures human nature. The town and its leadership knows that there is a shark that is feasting on humans using the waters of their beach as a hunting grounds. Yet, because of summer commerce (money) and the need to visit the beach (fun) they resist doing the obvious right thing: Close the beaches to keep people alive until the danger has passed. Now 45 years later, in a world in pandemic we can see some of this same behavior. The film remains timeless in this respect.

John Williams’ score is absolutely mesmerizing and is part of film history and pop culture because of how great it is. There isn’t a soul on Earth that doesn’t know the Jaws theme.

This movie was the first summer blockbuster for a reason and that is because the film is so efficient at entertaining an audience. Steven Spielberg puts together a film that is horrific without being gruesome (something that current horror directors rely on). He paces the film perfectly, letting there be lulls while keeping a slight sense of terror hovering in the background. The characters are not well-fleshed out, but they have enough personality that we can latch onto them and go on the journey with them. Robert Shaw is memorable as Quint and chews every scene as if he were a ravenous shark.

Spielberg’s direction is masterful, there’s not much more to say about it. 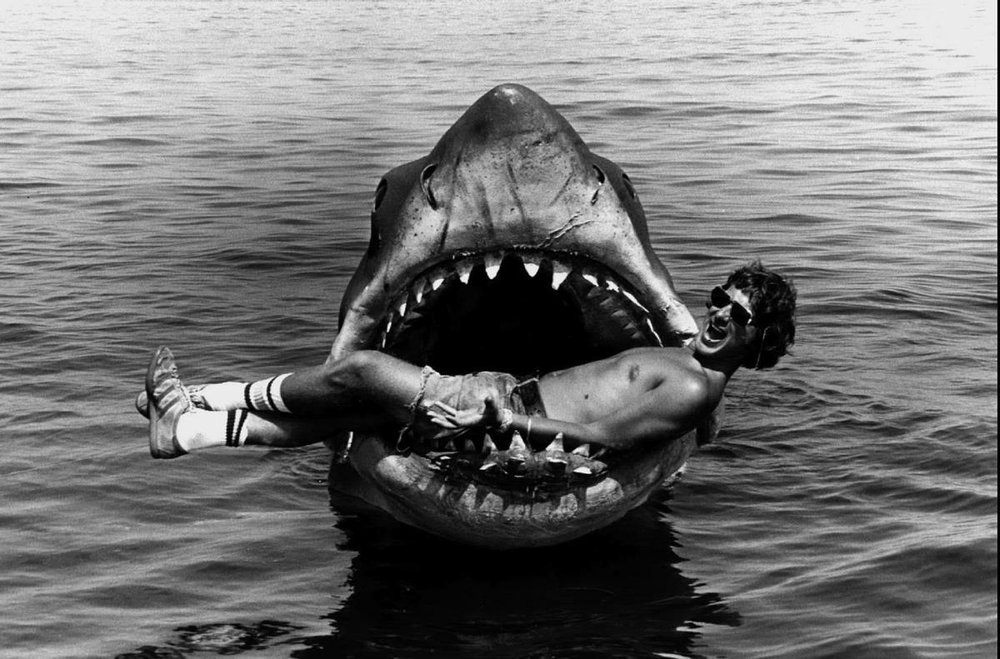 The anthropomorphizing of the shark helped create the tension and terror of the film – as it made the shark a creature out for revenge against men who are trying to chase it out of its hunting grounds. While the shark may have looked a tad fake in the close ups, it is worth remembering that this film is 45 years old.

This is a given, but Jaws is well worth watching. I am sad that I did not see this film earlier.

The film is rated PG since the PG-13 rating did not exist at the time – PG-13 debuted in 1984, nine years after this film’s release. Had the PG-13 rating been out, I would venture to guess that this film would have gotten that rating. While Spielberg relies on character reactions for a lot of the scares and horror, there were a couple of gruesome scenes that would warrant this including severed body parts and the gruesome death of Quint. Also the nudity in the opening scene.

In the final reel of the film, there are two shooting stars that have been (obviously) added to the scenes. The first happens when Hooper asks Brody if he is okay while Brody is loading his pistol. The second happens immediately after that scene on a wide shot of the Orca (it can be seen in the top left-hand corner of the frame). I looked into why and found Spielberg saying that it was real, but I don’t think so and neither do some others.