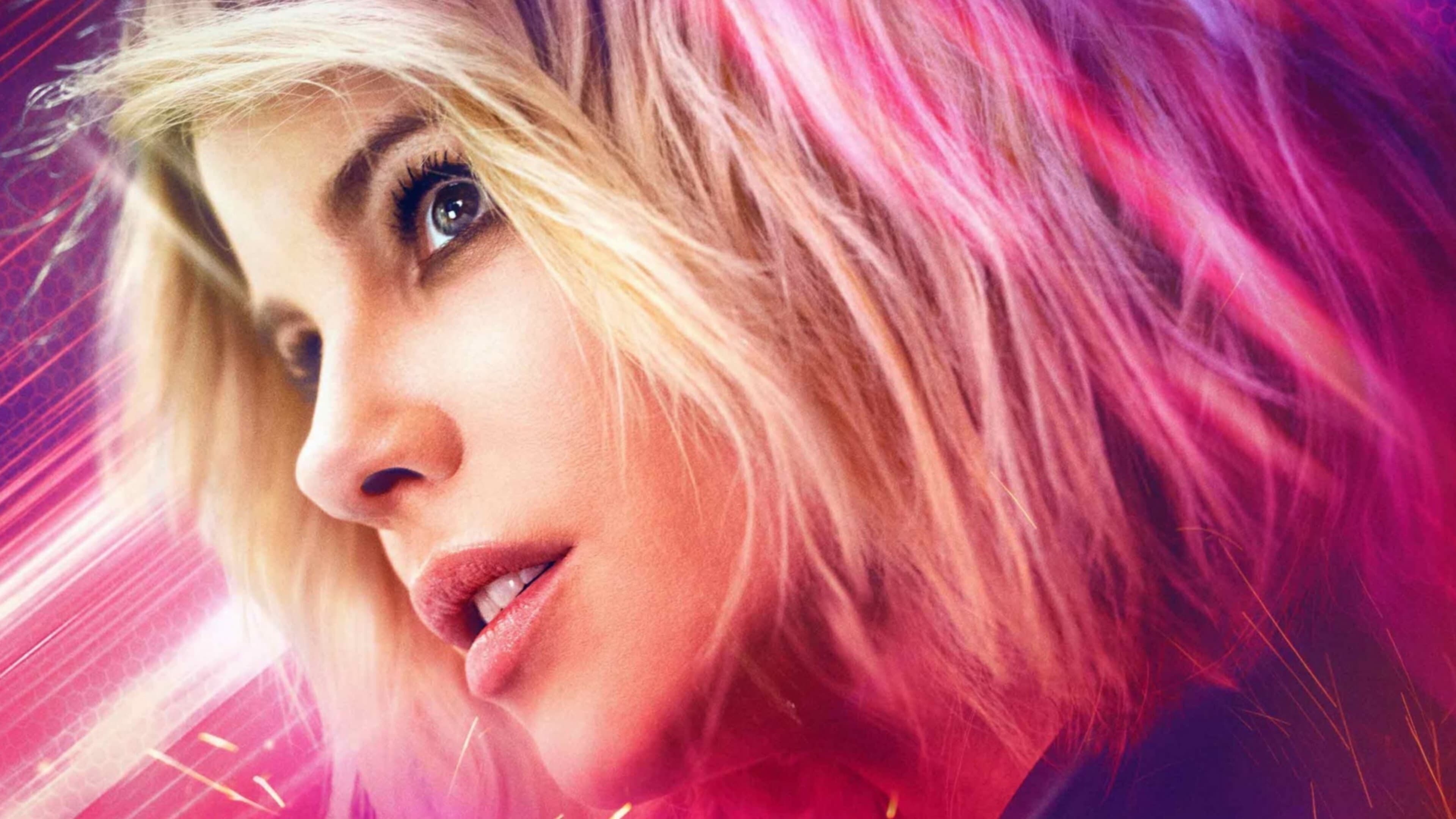 Lindy (Kate Beckinsale) is anything but ordinary. She has Intermittent Explosive Disorder, while it might sound like a terrible gastrointestinal disorder, it’s not. According to the Mayo Clinic, “Intermittent explosive disorder involves repeated, sudden episodes of impulsive, aggressive, violent behavior or angry verbal outbursts in which you react grossly out of proportion to the situation. Road rage, domestic abuse, throwing or breaking objects, or other temper tantrums may be signs of intermittent explosive disorder.”

After a long five minute voiced over exposition montage opens the movie, we arrive at the present and see Lindy attempt to go on a blind date with Justin (Jai Courtney). Lindy’s therapist, Dr. Munchin (Stanley Tucci) believes that human interaction will help Lindy deal with her condition. Her current treatment is a vest that sends a painful electrical shock through her system with a push of a button in order to subdue her need to kick someone’s skull in – this vest was designed by Dr. Munchin.

Justin falls victim to murder and two detectives, Vicars (Bobby Cannavale) and Nevin (Laverne Cox) are on the case. Lindy is one of their suspects, but because they are moving so slowly, Lindy also looks into the case and seeks revenge.

There’s not much to the story, but there’s enough action throughout the film to string it along from start to end. Having written that, there are some slow moments in the film (like the long-winded opening) that drag down this movie – and having five minutes of verbal exposition to start off a 91 minute movie seems like an awful waste of screen time. Outside of the Crank-like hook to the movie, this is a forgettable film with forgettable characters.

Kate Beckinsale is a badass in the film and it was fun watching her kick butt. She is also doing a really good impression of a young Meg Ryan in the film. Jai Courtney is doing a mean impression of Kevin James, he looks completely like Kevin James on the date. And Bobby Cannavale is basically playing the same detective character he played in Ant-man (not a bad thing). Laverne Cox, well, I wouldn’t want to mess with her detective. Whoa. And what can I say about Stanley Tucci? He’s always fun to watch onscreen, but much like Ryan Reynolds, it seems like Tucci is always playing some variation of himself in each movie. It was great seeing Susan Sarandon in Jolt.

There are a lot of places in Jolt that feel like a mash-up of current filmmaking with a throwback to 90s filmmaking – including some strange slow motion that was used in the fight scenes. I liked the eccentric use of neon and bright colors throughout the film. I am not sure what to make of the music selection for Jolt. It does fit the movie like a surgical glove, but it also cheapens the movie a bit – making it feel like a made-for-TV movie (oh hey, it is a made-for-TV movie!)

Jolt is not a bad way to spend 90 minutes, Jolt is a flawed but fun movie with a very sly and dark tongue-in-cheek humor about it.

(There is a mid-credits scene, stay for that.) 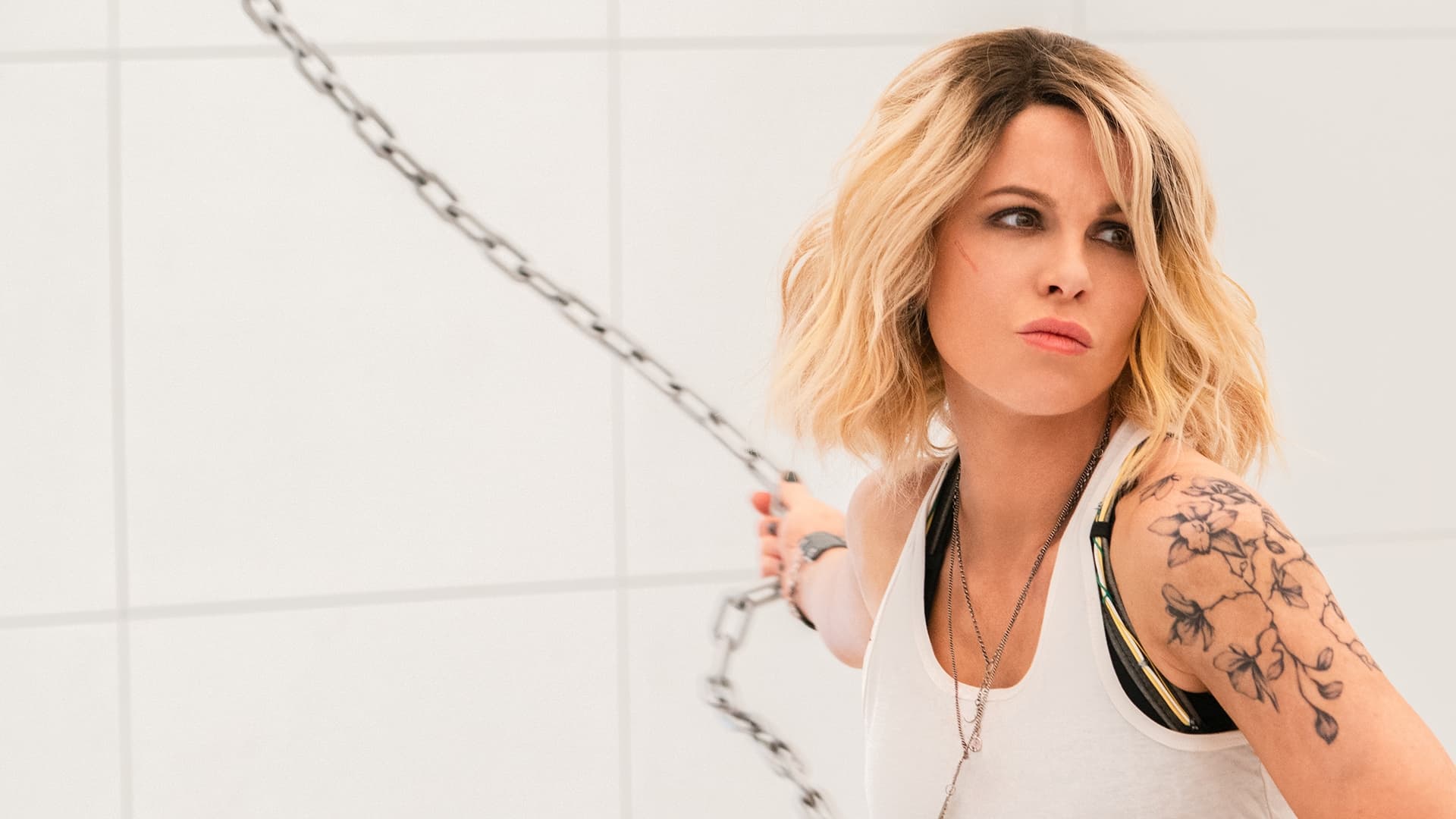 What’s with all the talk about farts?

The two twists were projected from the start and I appreciated that the writer, Scott Wascha, rewarded those that paid attention. But, strangely when the twists happen, they fell flat more than excited.

Jolt was basically laying the groundwork for future Lindy films, serving as an origin story for her. I am okay with that as long as they keep future sequels simple and entertaining.

The casting of Jai Courtney as Justin was not the greatest because after he dies, it left me knowing that he’s probably still alive and is the one behind all these shennanigans. It would have been better to cast a new face into that role instead of someone who is established.

“Take your finger out of my leg hole.”