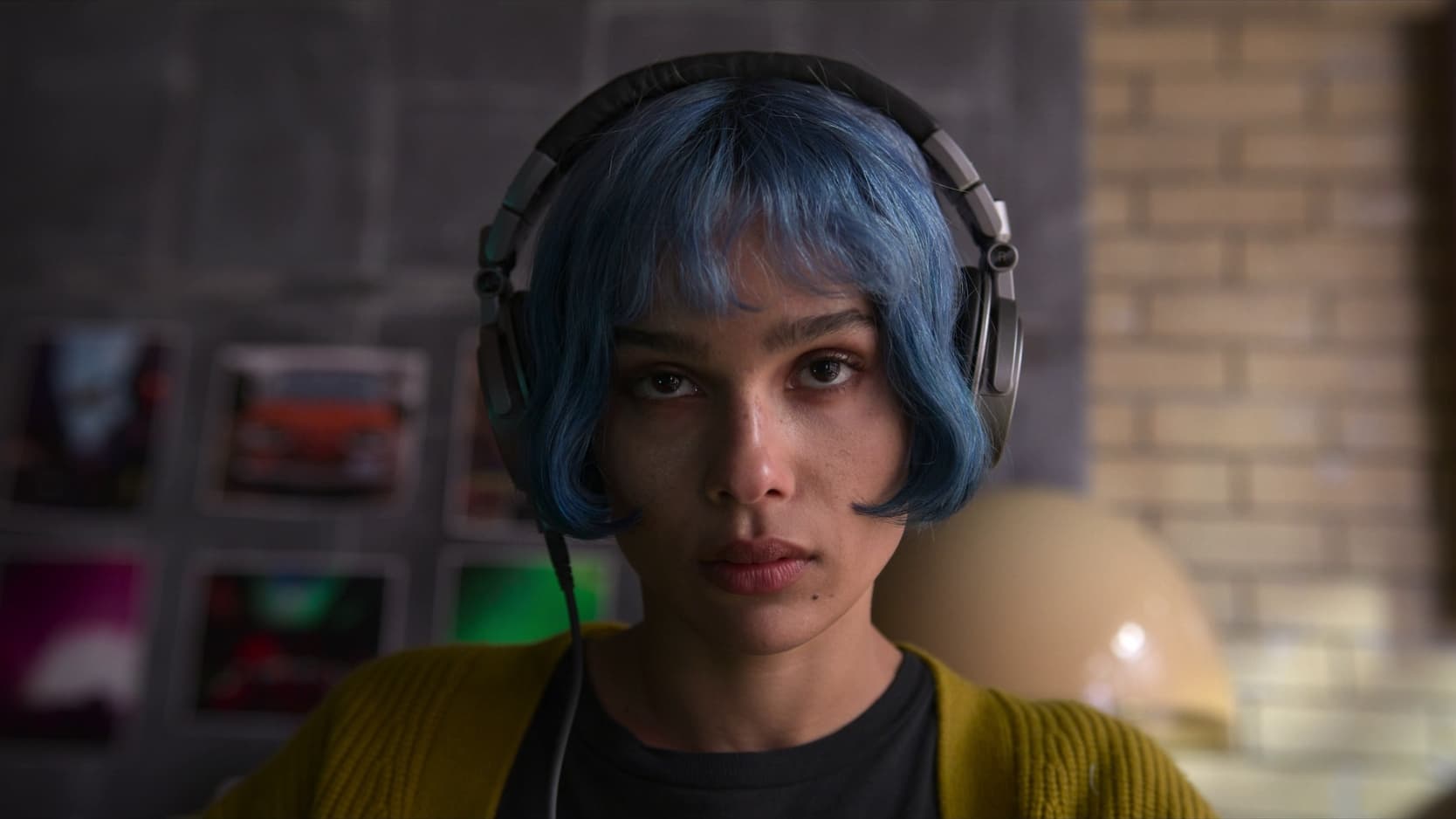 “Trust me, I know bad, I used to moderate for Facebook.”

Is Kimi a cautionary tale about always listening technology? Is it a tense thriller? Kimi is neither.

Kimi is a digital voice assistant much like Alexa that comes from a company named Amygdala. The big selling point of Kimi is that there are Amygdala employees that listen to requests that weren’t completed correctly. These employees notate the request and correct it in the backend so that Kimi can be better in the future.

Angela Childs (Zoë Kravitz) is an Amygdala employee monitoring these requests and making corrections. Childs has suffered, prior to the start of the movie, a trauma that has left her with agoraphobia. During one session of going through data streams, Childs hears what she thinks is a pre-meditated murder.

The opening sequence which shows Childs getting ready for the day and her trying to get out of the house is a great example of show-not-tell. This sequence shows her OCD and agoraphobia without ever telling the audience directly. Having said that, the movie took way too long to get to this point. Of the 90 minutes of runtime, the first 70 minutes are paced glacially slow.

The use of silence when headphones are put on is quite effective in separating the two worlds that Childs resides in.

The score by Cliff Martinez is bizarrely and brilliantly off-center and feels like it was taken out of an old Hitchcock film. In general, Kimi borrows generously from Hitchcock in the feel and vibe, but Kimi never rises to that level of brilliance of a Hitchcock film.

I had to check on if Kimi was filmed with professional gear after watching the movie. The look of Kimi feels like it was shot on an iPhone and this is not a good thing. The film looks clinical and is coldly detached.

Kimi, the digital assistant that the movie is titled after is inconsequential in the movie. Jexi does a much better job at being a cautionary tale about digital voice assistants encroaching into our lives – on top of that Jexi is hilarious and much more entertaining. If you have not see Jexi, I’d recommend that movie over Kimi.

Kimi is predictable and not very entertaining. The trailers sold this movie as a thriller, but outside of the unconvincing last 15 minutes of the movie – more on this in the spoilers – this film lacks any thrill.

Yuri the hacker must have a desk decked out in RGB gear because anyone who hacks has RGB.

The whole movie is based on the convenient coincidence that the CEO of Amygdala had someone murdered while being recorded on a device that his company created. But then on top of that, it is convenient that the recording is discovered by the one paranoid employee that happened to have the equipment to filter out the voices. It is all too much.

The ending where Childs goes from traumatized mousy individual into a badass killing machine was a completely unconvincing way to finish the movie.