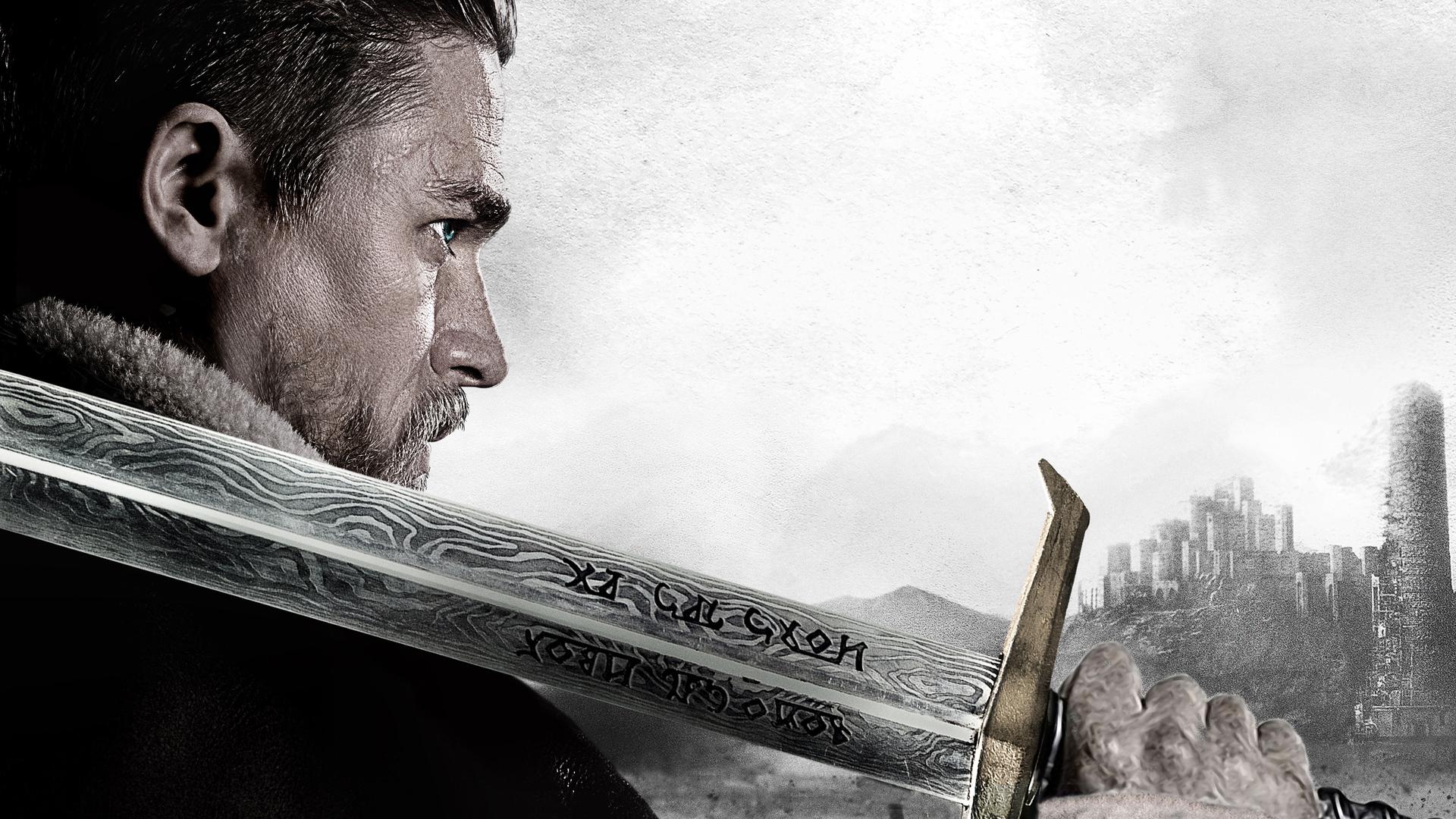 “How do you get money from a Viking?”

Come to King Arthur: Legend of the Sword with low expectations and you will be rewarded with an entertaining film. This movie is a mish mash of the Arthurian Legend, Lord of the Rings, Star Wars, a Ritchie gangster movie and an action film. It sounds like it wouldn’t work, but strangely it comes together into a weirdly entertaining film.

Uther Pendragon (Eric Bana) saves his kingdom from the evil warlock Mordred. But, Uther ultimately falls to a demon knight. Before dying, he sends young Arthur away to Londinium. As we pick up many years later, a street smart and toughened Arthur (Charlie Hunnam) is the boss of a Londinium brothel. He is fair and takes care of those around him, generating an intense loyalty. His evil and power hungry uncle, Vortigern (Jude Law) is looking for the one man that can take the sword Excalibur out of stone. That one man is the true heir to the throne and must be eliminated. Arthur ends up taking Excalibur out of stone and is left to deal with his feelings of not wanting the throne.

The story of this film is a mess and works only because of Guy Ritchie’s style – which is kinetic, frenetic and what I imagine being on cocaine is like. The movie, under Ritchie’s guidance, never stops to let the audience take in what is happening. I was surprised to find out that this movie was supposed to lay the groundwork for a six film King Arthur series – a series that was canceled because this film did not do well.

While Ritchie’s style of direction is in full force here, the movie does have some lulls that allow characters to talk in the now standard Ritchie style of dialogue – he is credited as one of the screenwriters. Some of these interludes are awesomely entertaining. We also get some of Ritchie’s style of editing where time is manipulated.

I was surprised by the action in the film. There doesn’t feel like there’s much action in the film and the action that was shot was not shot very well. It is shot in a shakycam style with quick editing that makes it difficult to follow what is going on. When Arthur finally bonds with Excalibur and uses the full power of the sword, there are some pretty cool scenes that left me in awe – but, in the same scenes, there are some dodgy special effects that take the awe down a notch.

There really aren’t any standout performances in the film. Charlie Hunnam is fine as Arthur. Eric Bana brings a sense of gravitas to his short time onscreen. Àstrid Bergès-Frisbey is over-the-top with her acting and it was distracting. Jude Law brings his caricature villain to screen, he is fine in his role but is doing nothing special.

The eclectic score by Daniel Pemberton fits the movie perfectly.

King Arthur: Legend of the Sword feels less like a film about King Arthur and more of a film about Guy Ritchie’s directorial style. Remove all the Ritchie style dialogue and visual flourishes from this film and it would not be as entertaining as it stands now. This film is worth a watch just to see what kind of crazy over-the-top stuff Ritchie accomplishes during its running time. But, this is by far not a masterpiece and it is not even close to being one of Ritchie’s better films. In the end, I came in to the movie with very low expectations, I finished the film having had a good time. That’s more than I could ask for.