Style over substance, that aptly describes Kong: Skull Island. Beautiful to look at, exciting in bursts, but brain dead in general. This is not a bad thing.

It is the 1970s and satellites have just been put into orbit allowing humanity to see places on the Earth that they haven’t seen or noticed before. Bill Randa (John Goodman) and Houston Brooks (Corey Hawkings) approach Senator Willis (Richard Jenkins) about funding an expedition to an island that is surrounded by a persistent storm and keeps people from entering and, possibly, creatures from exiting. Willis okays this expedition and also grants Randa’s ask for a military escort. 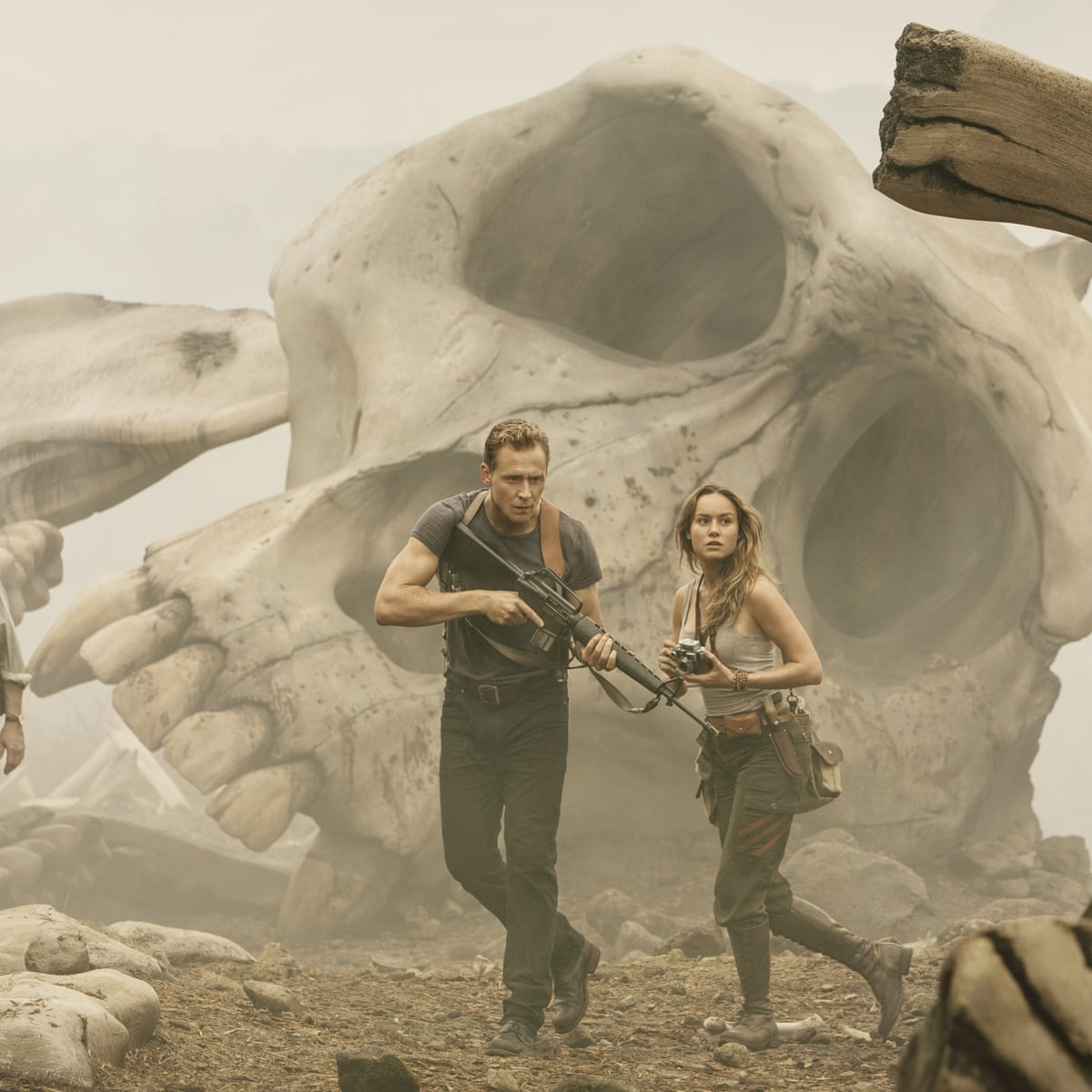 Along with the military, led by Colonel Packard (Samuel L. Jackson) is a tracker named James Conrad (Tom Hiddleston) and photographer Mason Weaver (Brie Larson). They all head to the island, chaos ensues and they encounter Kong, a giant building sized gorilla.

Lets start with the good things about Kong: Skull Island. The first reel of the film is a pitch perfect rendition of a Vietnam war movie – complete with a well curated song selection. Larry Fong’s cinematography is gorgeous and there are some shots in the movie that could be printed as a still, framed and hung on a wall. There are just so many memorable shots in the movie, but the one that stands out in my mind is the introduction shot of Kong with the sun behind him and the fleet of helicopters flying towards him. This is an iconic shot that will forever evoke memories of this movie. The movie does a great job at establishing and conveying the scale of Kong’s size.

The action in the film, because c’mon we all came to see monsters fight, is very well done and genuinely exciting. The fight between Kong and the Skull Crawler at the end is tremendous and I appreciate that they shot the fight in the day instead of trying to hide things in the cover of night.

Now lets get to the things that really aren’t that great with the film. The script is terrible when it comes to any dialogue or characters. The jokes that are in the film all fall flat and John C. Reilly’s character is out of place in the film. He is not as bad as Jar Jar Binks, but I can totally imagine a version of this film where his character does not exist and that version of this film would be better. 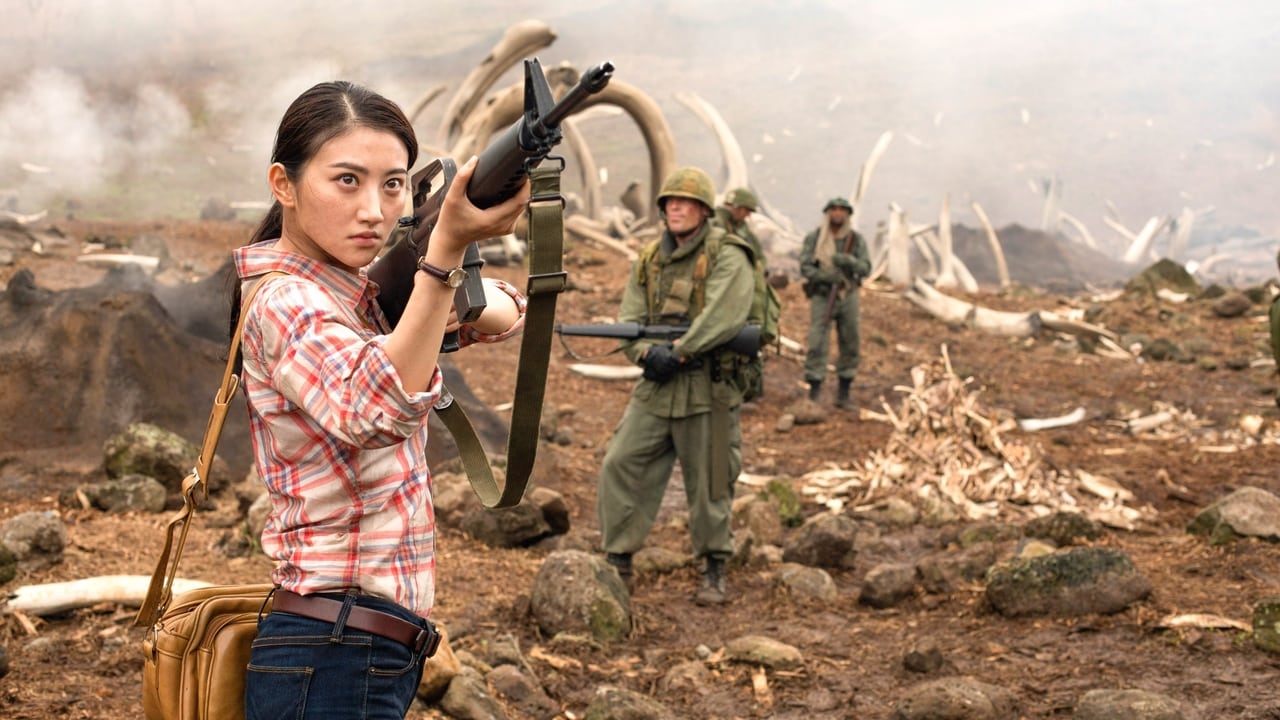 There are a lot of characters in this movie and none of them – even the primary ones – are developed. So, as these characters, who are basically fodder for the monsters, start to die, the audience has no emotional tie to them. Worse yet, because this film was partially funded by a Chinese corporation and the film was pandering to audiences in China, we get the addition of Tian Jing as a scientist of some sorts – she has maybe three lines of dialogue in the film, her character is useless and her performance is not far behind. Tian Jing was a bad distraction every time she was onscreen.

Also, the initial encounter with Kong is a clear case of characters doing stupid things for the sake of advancing the plot rather than reflecting what real people would do. If a group of helicopters encounters a humongous monster which has taken out two helicopters already, the natural reaction is not to get into formation and fly around the monster while trying to kill it with guns that are obviously too small to do any harm. I call this lazy writing on the part of the multiple screenwriters attached to this film.

So, yes this is science fiction borderline fantasy, so any discussion about how Kong could really exist is fruitless. But, I am going to write about it anyways. Any creatures like Kong could not exist in nature. The amount of food he would consume would wipe out most of the island. The physical nature of a creature so large could not exist in the real-world either: gravity would be a constant issue from his muscles all the way to his heart and the need to push blood through a giant system like his. 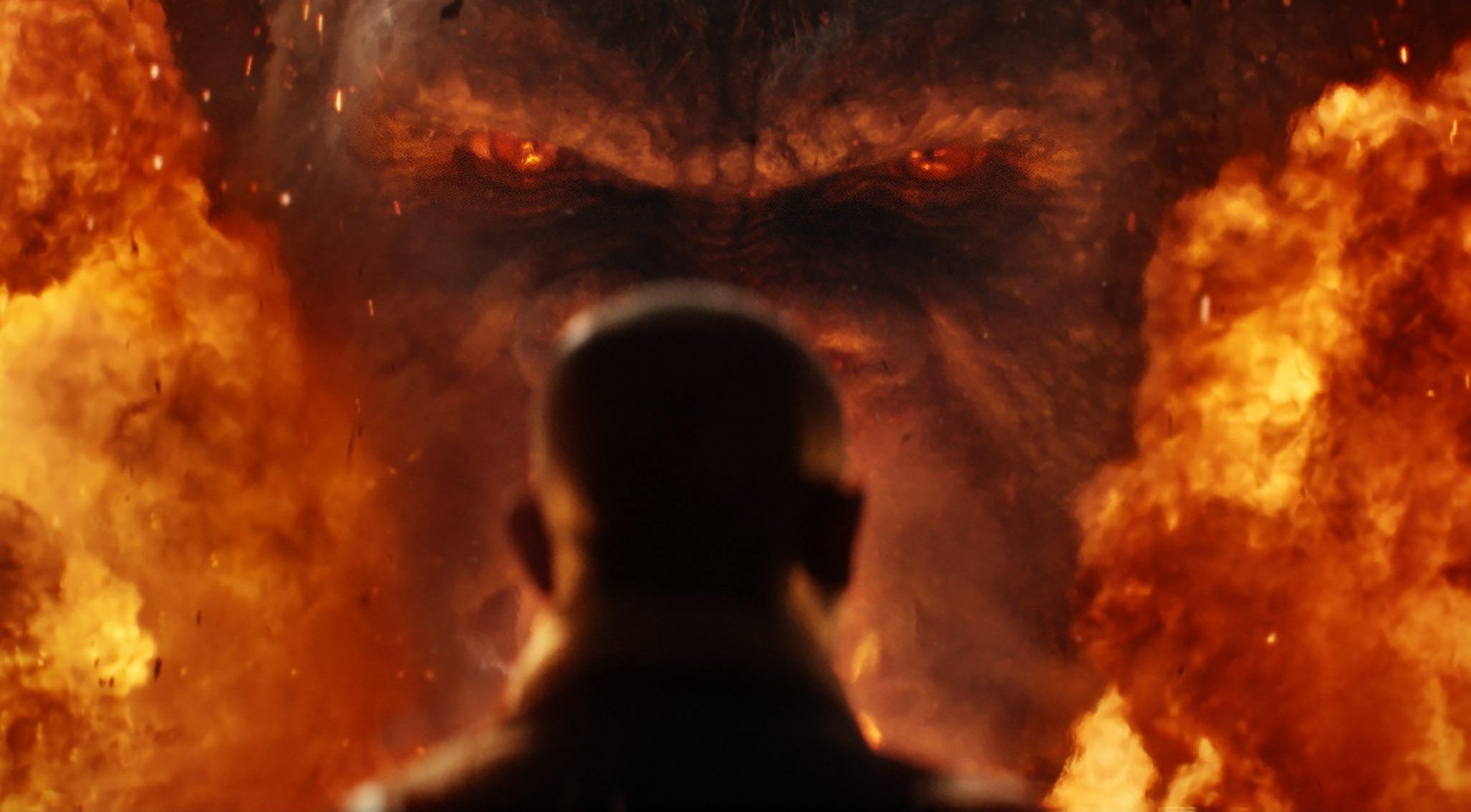 Brie Larson and Tom Hiddleston aren’t really given much to do. Larson spends most of the film looking annoyed. She holds her camera up for no real reason in a lot of her scenes – mostly to remind us that she’s a photographer. And while she is a photographer, she doesn’t take many photos of the spectacle of Kong fighting or even Kong himself. She just stands and stares with mouth agape. Hiddleston is mainly walking from scene to scene, in what looks like him collecting a paycheck. While I understand that Samuel L. Jackson’s Packard was suffering from what looks like PTSD, I could not figure out why Hiddleston’s Conrad went along with the plan to go West into what was clearly more dangerous territory and a suicide mission.

Kong: Skull Island’s writers and director are not very subtle with their references and homage paid to Conrad’s Heart of Darkness and Francis Ford Coppola’s Apocalypse Now. There’s a character named Conrad and another named Marlow. There’s a boat ride up a river. Packard’s obsession with killing Kong is reminiscent of Kurtz in Apocalypse Now.

Don’t forget to stay for the post-credits scene.

Having written all of this, Kong: Skull Island is still a very entertaining film that gets past its flaws because of one thing and one thing only: The spectacle of Kong.