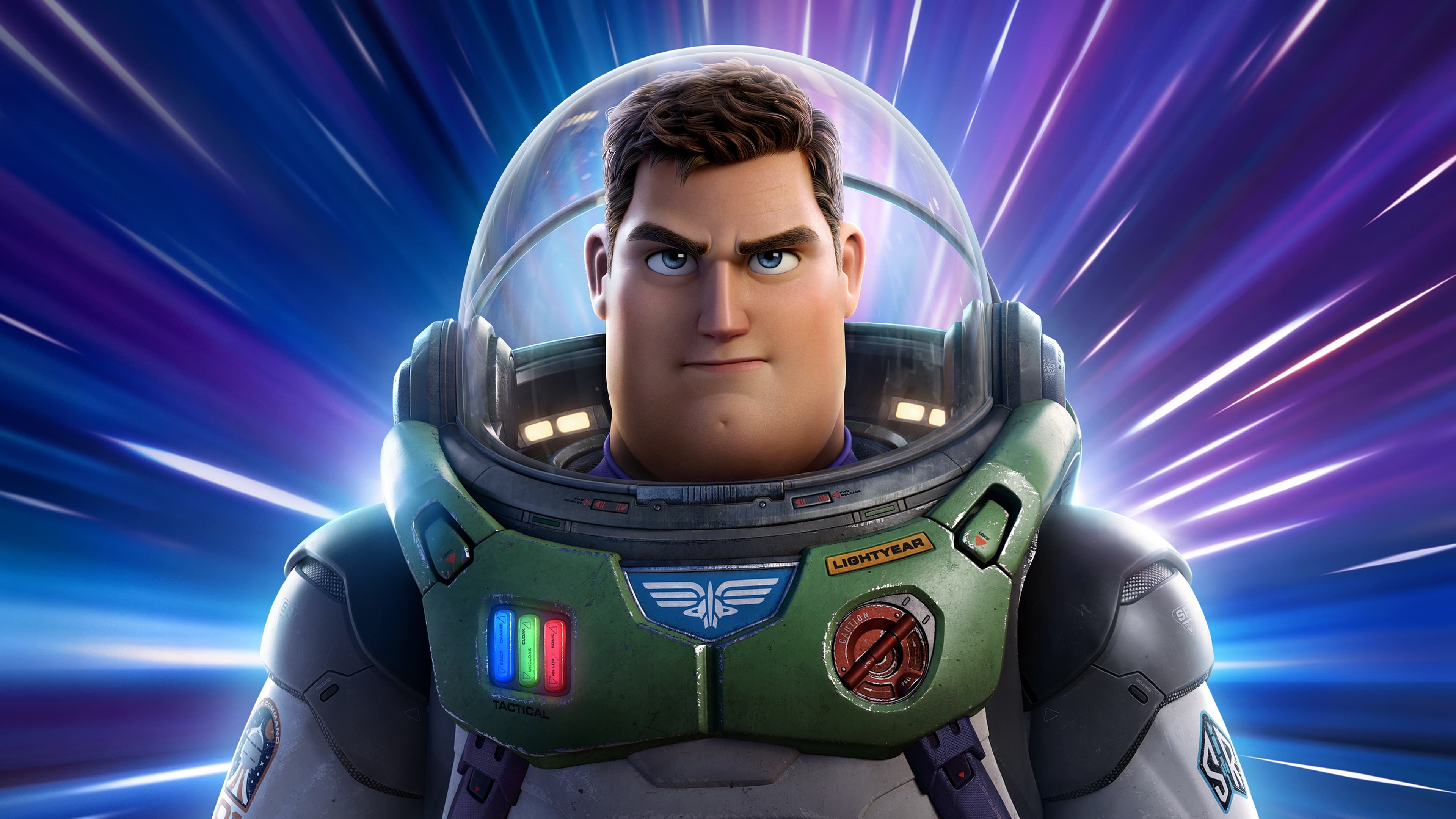 But, did we really need the movie that Andy saw that inspired his version of Buzz Lightyear in the Toy Story series of movies?

As the movie opens, a ship carrying hundreds of humans lands on a remote planet for exploration. A mishap strands all the humans on the planet leaving them to rebuild their lives far away from their home planet. Buzz Lightyear (Chris Evans) begins test flights to test a replacement power source that would allow for their starship to achieve hyperspeed and to get everyone home again.

The unfortunate side-effect of these hyperspeed tests is time dilation – yes, they used that term in a kid friendly movie, which is awesome. The few minutes that Buzz spends in the cockpit turns into four years for people on the planet because Buzz is flying at nearly the speed of light – Lightyear uses time dilation much like how time dilation is used in Christopher Nolan’s 2014 film Interstellar.

To show the effects of time dilation, Lightyear has a tearjerker of a montage sequence that is reminiscent of Pixar’s much better film “Up” – the way that time affects the relationship between Buzz and his commanding office and friend Alisha (Uzo Aduba) during the test flights is heart wrenching. The relationship between Buzz and Alisha – and how each other deal with the time that they are given – serves as the soul of the movie.

Lightyear deals with aging and the passage of time – and how it affects different people and how we all find our own ways of growing older. The movie also finds us watching Buzz Lightyear discovering that teamwork is better than going it alone – something that had already been explored in previous Toy Story mvoies.

How does Chris Evans do stepping into the space boots of Buzz Lightyear? He does well and owns the part. I totally bought into Evans as the “real life” Buzz Lightyear. It makes sense to change the voice actors for the part as we are watching the movie that Andy watched and the voice of his toy could be different. It’s all so meta.

The voice acting in the movie, as a whole, is fine. There were no special or standout performances that were memorable. The only real distraction was Taika Waititi doing the voice of Mo Morrison. Every time Morrison spoke, all I saw was Taika Waititi. To a more minor extent, this is also the case with Evans. In some ways, I wish Disney would not cast people known for their live action movies to voice animated parts as it creates a distraction for what is happening onscreen.

The visuals of Lightyear are lovely and beautiful. I really enjoyed how the artists were able to meld realistic and cartoony imagery and designs to form a style all their own.

There were some funny things in the movie that I liked. For instance, voice assistants in the future are still annoying and somewhat broken – sorry IVAN. The cat named Socks (Peter Sohn) was awesome and super funny – and I really cared for the cat because when Socks was in danger, I was at the edge of my seat hoping that he’d survive.

There was a twist in the movie that works well and was clearly laid out based on the foundation of the story – time dialation.

Did we need the movie Lightyear? Nope. But, I sure am glad they made this movie. Yes, this is a movie about a movie character that is the basis for a toy in a different Pixar movie, but Lightyear has heart, is funny and is entertaining. Pixar did what it does best with Lightyear: It gave us characters to love and an adventure for those characters to embark on and grow through.

There are multiple post-credit scenes.

There is a hint at a sequel – but, I actually hope that Pixar moves on from Toy Story and starts to invest more time and creativity into new characters and new stories. Stop digging into the past for ideas and start looking forward and create new ideas.