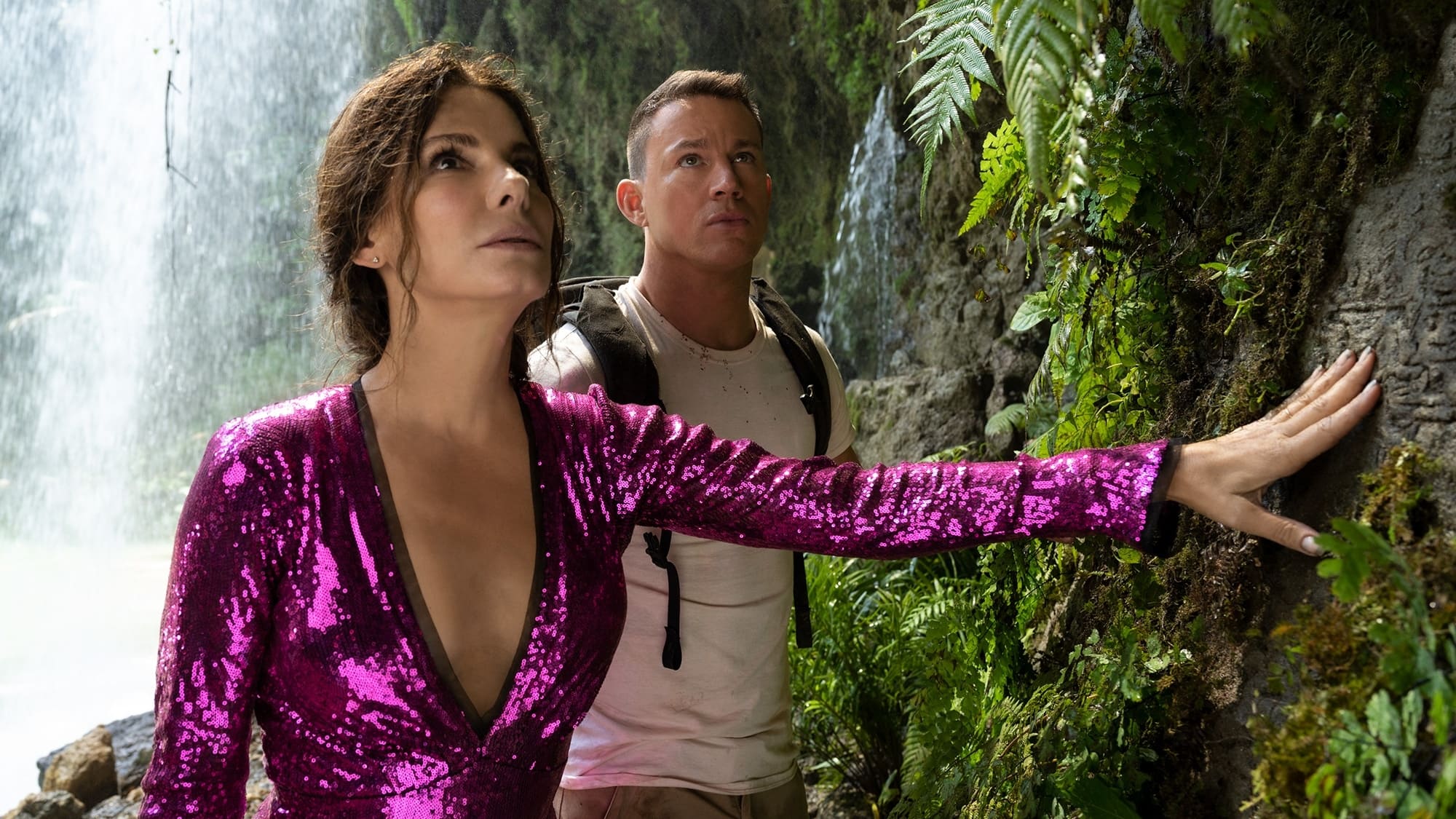 Loretta Sage (Sandra Bullock) is a best-selling reclusive author of a franchise of romance novels – though the main selling point of her novels is the hunky male model named Alan (Channing Tatum) that graces the covers of her books as the character Dash.

Her latest novel has caught the eye and interest of rich man Abigail Fairfax (Daniel Radcliffe) who believes that the novel lays out the path to finding a lost treasure. Fairfax kidnaps Loretta to help find the treasure. Alan embarks on a personal mission to rescue Loretta. Silliness ensues.

Tatum Channing is such a versatile actor that is able to switch seamlessly between hilarious and serious. In The Lost City, he absolutely embraces physical comedy and we are all rewarded with laughs from it. Not to be left behind, Sandra Bullock is also hilarious as Loretta. It was nice to see Bullock let loose and just be funny. Together, the two play well off of each other.

Oscar Nuñez is brilliant and so funny as a pilot. He makes the most of the short screen time he has. Daniel Radcliffe is a decent, if not unmemorable, villain. And Da’Vine Joy Randolph is fantastic as Loretta’s agent who embarks on her own mission.

There are some good cameos in the film too. Stephen Lang is barely recognizable as a fantasy villain. And Brad Pitt makes a good appearance (“Why are you so handsome?”) as a hair tossing, super serious, yoga practicing mercenary.

The Lost City is a wonderfully old school movie that is a straightforward and does not get too deep, it is unpretentious and has its tongue planted firmly in cheek. There is a plot, it is simple and that is totally fine. The characters and the situations are fun and funny enough to make the film super entertaining. I enjoyed watching The Lost City and recommend it.