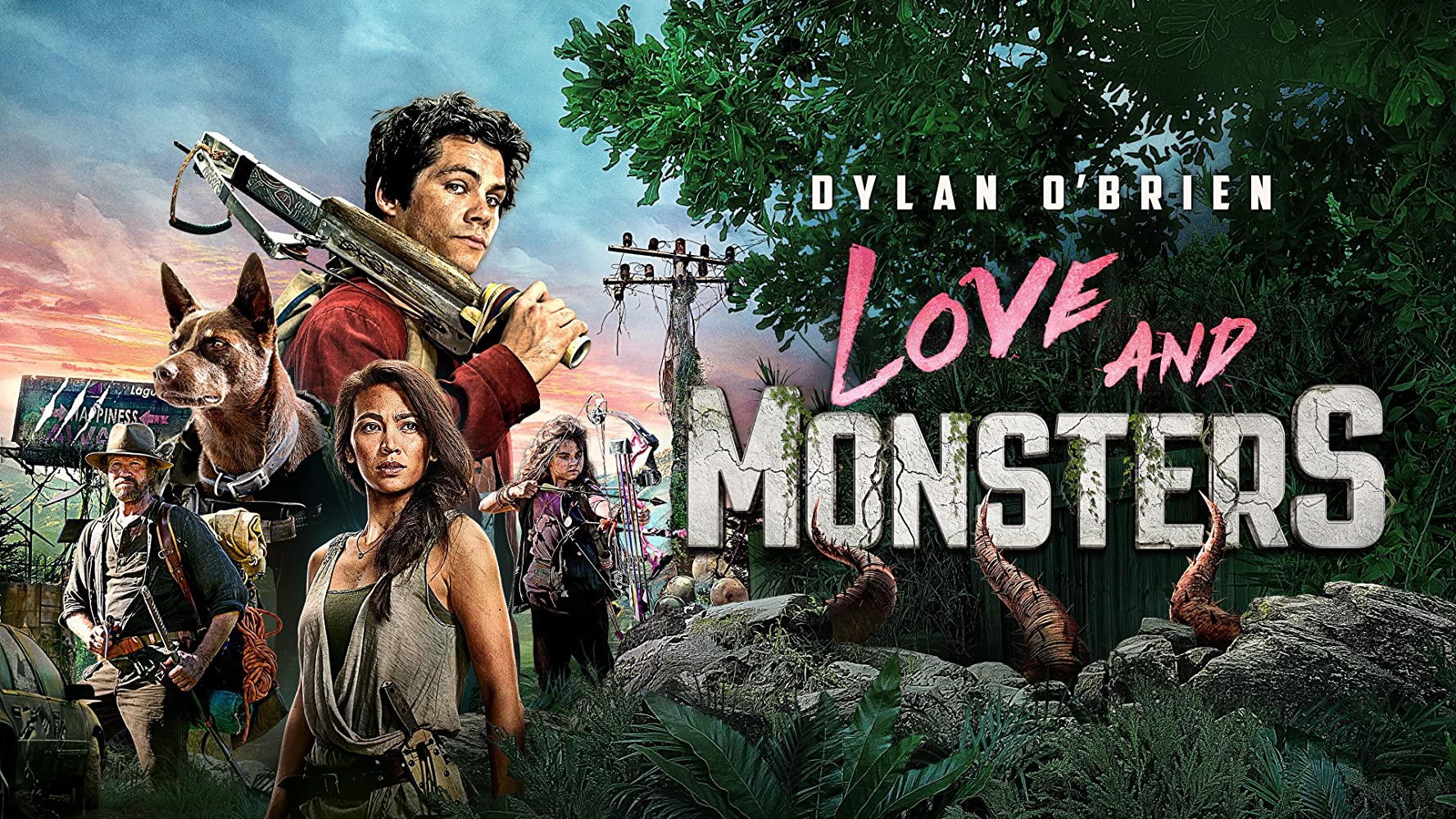 Love and Monsters was released in October of 2020, seven months into the pandemic with all of us sheltered in place – a lot like the humans in the movie. While it is a reminder of what life was and is like, its optimism and bright outlook on life is a great distraction from the real world – if only for two hours.

As Love and Monsters opens, we are given a quick history of the monster apocalypse that has forced humanity into hiding underground. An asteroid was headed for Earth and it would wipe out humanity, humanity did what it is good at: Shooting things. A battery of missiles are launched at the asteroid, destroying the asteroid, but the side effect was that the chemicals from the missiles rained back down on Earth causing organisms to mutate and turn into monsters.

Joel Dawson (Dylan O’Brien) was separated from his girlfriend, Aimee (Jessica Henwick) during the aftermath of the monster apocalypse. He has lived with a group of people in a bunker for the last seven years. The people around him have coupled, but Joel has no one and is lonely. He connects with Aimee one day over the radio and sets off on a journey to get to her colony which is 85 miles away. The movie follows his journey and his growth story. Along the way he meets other travelers, Clyde Dutton (Michael Rooker) and Minnow (Ariana Greenblatt) and befriends a dog named Boy.

The movie itself is a mash up of different genres and always felt familiar – it never feels blatantly derivative, which is great. What I enjoyed about the film is that it is fun. A fun film has been hard to find lately, so this was a very entertaining watch. The movie skillfully mixes a coming of age story with drama, action, thrills and love.

O’Brien’s charisma carries the film. Henwick is good in the film, though her character is woefully underdeveloped. What I really liked were the performances by Rooker and Greenblatt. And while their characters were also fantastic, the characters did not get enough of screen time. Those two characters are so great that I felt a bit cheated that they did not get a more substantial piece of the story in the film. There was a robot in the film that made a big emotional impact.

Love and Monsters is super entertaining, very fun and a joy to watch. Recommended.

Are you a food stealer?