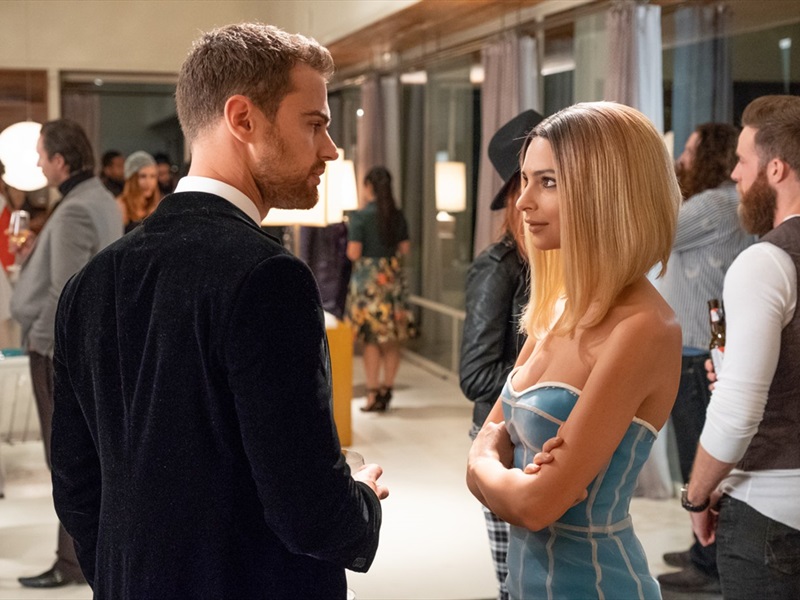 I would be lying if I told you that I was not entertained by Lying and Stealing. I watched this movie randomly because it showed up on my HBO Max feed. I am glad I did because it was a quick and fun B-movie.

Ivan (Theo James) is an art thief that steals for a scary man named Dmitri (Fred Melamed). Ivan is working off his father’s debt to Dmitri. Ivan figures he has two more jobs to go before he can finally move on and get out of the life of stealing. Ivan runs into an actress named Elyse (Emily Ratajkowski) while working two different jobs and they eventually form a symbiotic relationship. Ivan also has a brother, Ray (Ebon Moss-Bachrach) who just got out of a half-way house and is staying with Ivan.

There isn’t too much to the script, but there’s enough for the 100 minute running time. The character of Ivan reminds me of Neal Caffrey from the TV show White Collar. Each of Ivan’s heists were creative, but not too fun to watch because they were too shallow and superficial. I would have loved to see the movie take a little more time to show the planning and execution of the thefts. Also, the script spent a considerable amount of time and dialogue building up one theft (the nude soldier) making it seem like it would be the backbone of the plot, but nothing happens afterwards.

What makes the movie fun to watch are the three leads. James and Ratajkowski have decent onscreen chemistry. Melamed is truly frightening in the film. Worth mentioning is Isiah Whitlock Jr. as a world-weary FBI agent. The score for the film by Sonya Belousova and Giona Ostinelli is great. It fits perfectly with the different tones of the film – from playful to thrilling to menacing.

Lying and Stealing is a superficial and glossy film that ultimately is entertaining. It is a pure escapist pleasure.