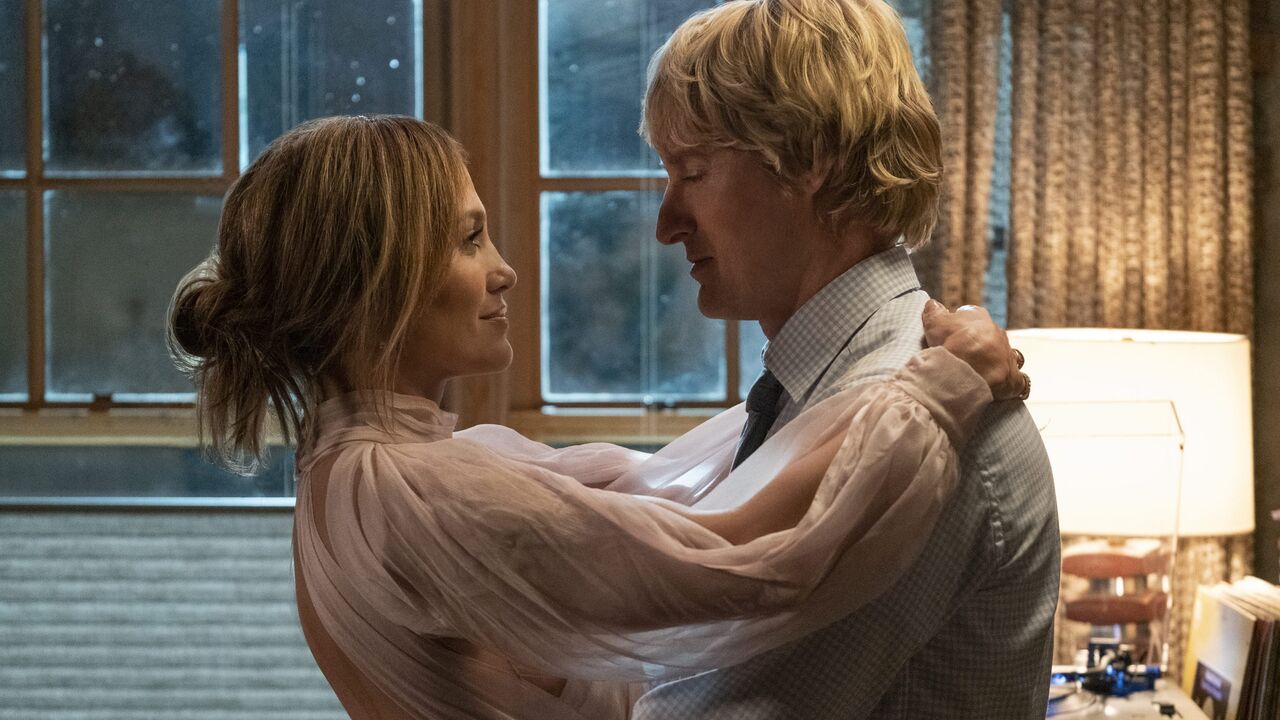 Every so often, I am surprised by a run-of-the-mill romantic comedy that came out of nowhere.

Kat Valdez (Jennifer Lopez) has a crisis when the man she is about to marry, Bastian (Maluma) is caught with another woman. In that moment of crisis, she picks a regular shmoe, Charlie (Owen Wilson) and marries him at a concert in front of millions of people both at the concert and live on social media. The two of them embark on a journey to get to know each other and see if their marriage will be a real one or just a few months long for publicity. That is all there is to this movie.

I would have never thought to cast Owen Wilson alongside Jennifer Lopez, especially in a romantic comedy – but it does work and it works really well. The two of them have some genuine onscreen chemistry and that is what makes watching Marry Me so fun. Of the supporting cast, Sarah Silverman is memorable as Charlie’s best friend, Chloe Coleman is great as Charlie’s daughter and John Bradley is fun as Kat’s manager.

While I know there will be lots of Jennifer Lopez fans going to see Marry Me and the amount of music from her is generous, I found that there may have been one too many songs in the movie that cause the pacing to slow down.

Marry Me is fairly predictable romcom movie – but, it is so well made and the two leads are so fantastic that the movie is delightful to watch. This is a sweet and cute movie.