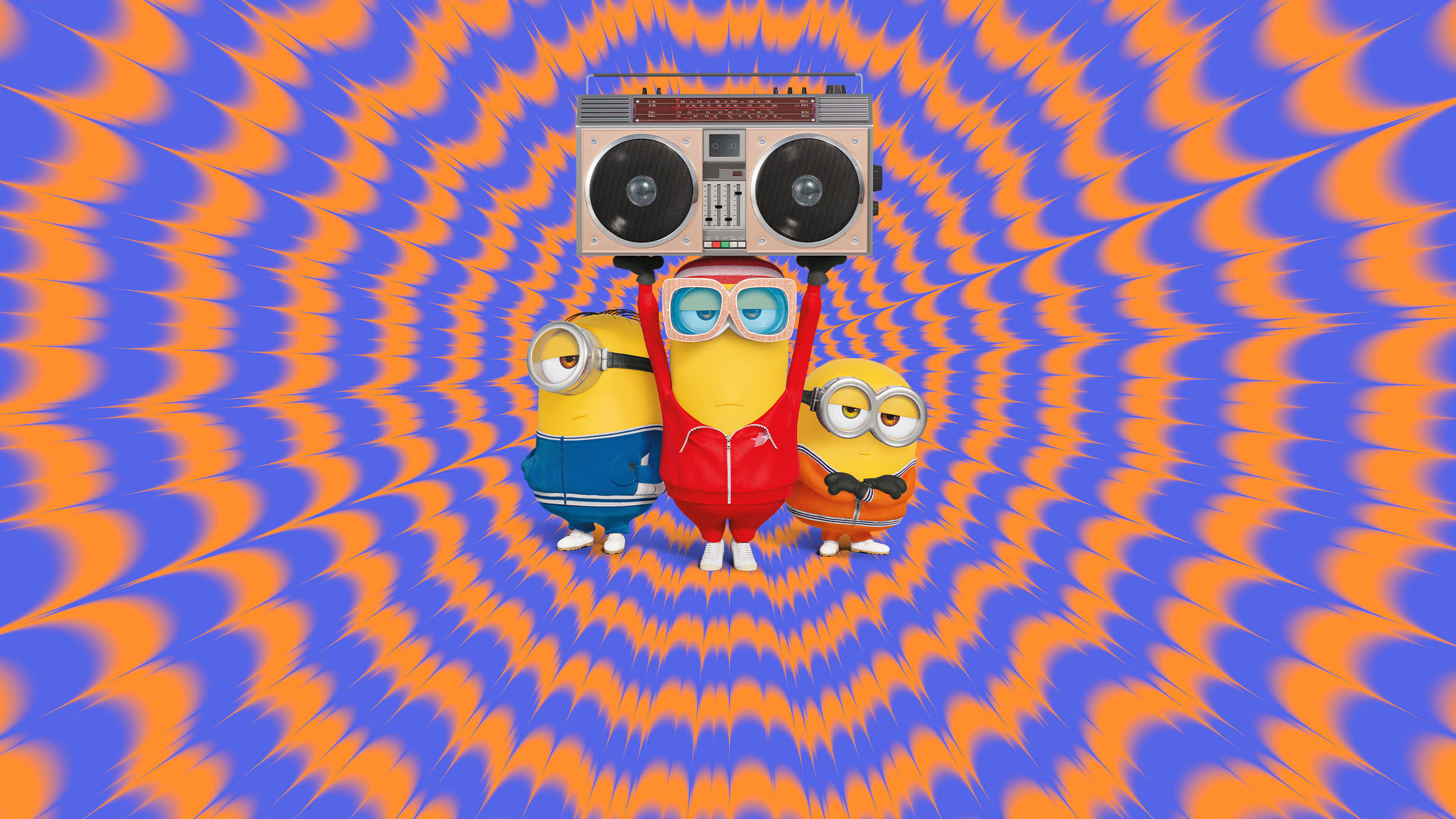 I have long since stopped trying to keep track of the movies that feature the Minions and Gru. They are all entertaining, silly and funny – and that’s all that I care about.

When one of the villains is booted from the team, Gru is invited to try out for the team. He ends up being kidnapped by Wild Knuckles and the Minions are tasked with rescuing Gru. At some point in the movie, the Minions get kung fu training from a badass acupuncturist, Master Chow (Michelle Yeoh) which was one of the best parts of the movie.

The plot is thin and only there to string together Minion shenanigans. And it succeeds in doing just that. There were lots of references to previous movies – especially things that happen in the adult Gru movies, one good reference was the introduction of Nefario (Russell Brand) and showing how he and Gru met.

The old school James Bond opening sequence and song was a rather awesome way to kick off a film that follows four of the many Minions: Kevin, Bob, Stuart and Otto. All of the Minions are voiced perfectly by Pierre Coffin. One of the period specific things (from the 70s) was the Bruce Lee Yellow Suit from Enter the Dragon. The Minions look very spiffy in that suit.

The whole movie is super funny and it lands most of its jokes (“Don’t cheese me bro”) and visual gags. There are a lot of laughs in Minions: The Rise of Gru – it did not disappoint me in this respect.

The voice cameos in the movie are fun – especially when matched with the silly names of the characters. I particularly liked Jean-Claude as Jean-Clawed. But, the best thing was hearing Michelle Yeoh say “Aiyah”, that was a true highlight and brought a smile to my face.

The one thing that is obvious with this second of the Minions focused films is that the Minions themselves aren’t enough to carry a full movie – short films, yes, full length films, not so much. The addition of Gru to this movie is what drives the movie forward – the lack of Gru in the first Minion movie left the movie wanting as there was nothing to tie together the Minion skits and shenanigans together.

Minions: The Rise of Gru is a fun lighthearted and fun animated movie that is entertaining for both kids and adults. I thoroughly enjoyed this movie and much like the previous movies, this is a delightful movie that has little memorable plot, but lots of memorable moments.