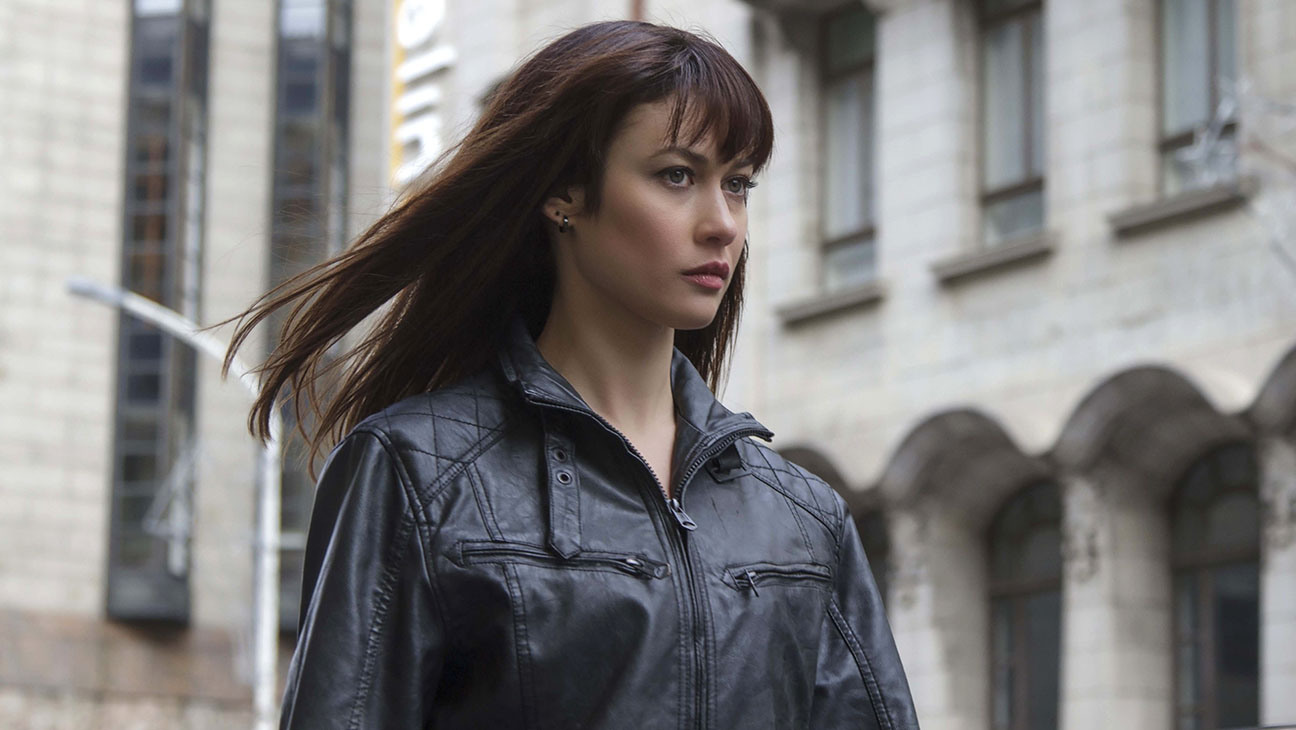 Momentum is a zero substance action flick that maybe titled “Momentum”, but it certainly loses its momentum in its rather short 96 minute run time.

As the movie opens, we witness a bank heist gone bad. There are four robbers who, for reasons unknown, are wearing high-tech looking body suits and masks that are color-coded – much like rejected TRON programs who entered the real world and the first thing they had in mind was to rob a bank. After the identity of one of the crew is exposed, the leader Alex (Olga Kurylenko) decides that the crew should split up, lay low for a while and meet later to split the haul. During the heist, they accidentally gain access to a USB memory stick that is much coveted by a US Senator (Morgan Freeman). The Senator sends an assassin, Mr. Washington (James Purefoy) and his team of hench-people to fetch the USB stick. Mayhem ensues.

After the opening bank heist, the movie is a series of non-stop car chases, fist fights and shootouts that are all shot and edited in the same style as a Michael Bay movie – quick cuts, extreme close ups and shaky cam. That means that the action is nearly impossible to follow because it tries so hard to be kinetic – the action scenes are anything but exciting or kinetic because of this. Between action scenes, momentum is killed with “character moments” and exposition, it all feels like filler so that they could get the running time of the film past 90 minutes so that it could be shown with commercials on cable TV and fit perfectly in a two-hour time slot. I do have to give them credit for one new and unexpected action trope: Death by Tonka Truck.

Kurylenko is not a strong performer. She does angry and more angry really well. She has hints of tough and bad ass, but can’t really sell it. In Momentum she is playing a character that we see her play in a later bad film, The Courier – in other words, a woman with a past and a very particular set of skills. I wonder why Morgan Freeman is in this film, but I guess every actor needs a pure pay day every so often. The only actor in the film that is entertaining is James Purvoy, he is an absolute hoot to watch in this film – except when the script gives him long expository speeches. Otherwise, he is fantastic – I love the bit when his jacket sleeve is on fire, he played that scene perfectly.

There is nothing in this film that makes it recommendation worthy. It is pretty bad. I stumbled upon it when I was browsing free movies to watch on Amazon Prime Video. The movie does not end cleanly and leaves the main plot a bit open – it feels as if this were a two-hour pilot for a cable TV show. Do yourself a favor and skip this one.